At the end of last year, we started a tradition of collecting new short pieces by 99% Invisible producers into “mini-story” episodes. By popular demand, we are back at it again with tales of iceberg ships, famous ruins, sackcloth dresses, innovative instruments and more. 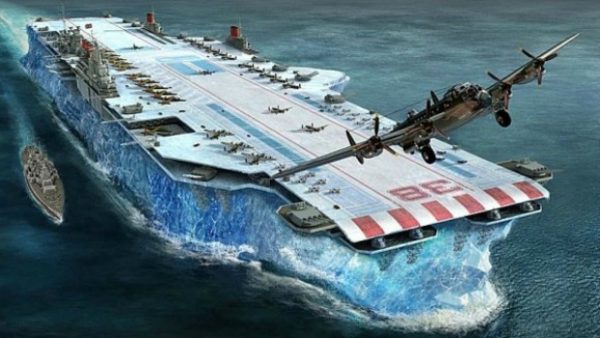 At the bottom of Lake Patricia, in Alberta Canada, you’ll find a shipwreck. Denise Boniface of Aquanuts Diving  has seen it.

“It doesn’t really look like a ship,” says Boniface, it’s more like “a pile of lumber that’s all broken up and laying there” — also: “a lot of refrigeration coils.” And if you go down far enough, you can shine your light on a plaque:

“Operation Habbakuk – A secret WWII project involving the use of ice in ship construction. This vessel, built January to April 1943, was a prototype. For more information contact the Canadian Park Service in Jasper.”

In the early 1940s, German submarines (U-Boats) were wreaking havoc on Allied ships in the Atlantic ocean. Eventually, Lord Mountbatten, Chief of Combined Operations, went to Winston Churchill to suggest an extreme solution: a massive, unsinkable aircraft carrier made of ice. 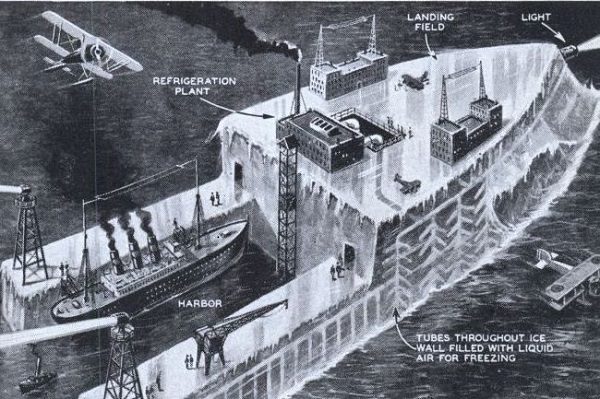 It sounds at first like one of those far-fetched ideas that gets floated during times of war but never actually gets built. Except this ice ship actually did get built — or at least: a prototype did. And that’s what that plaque in the bottom of the Canadian lake commemorates. 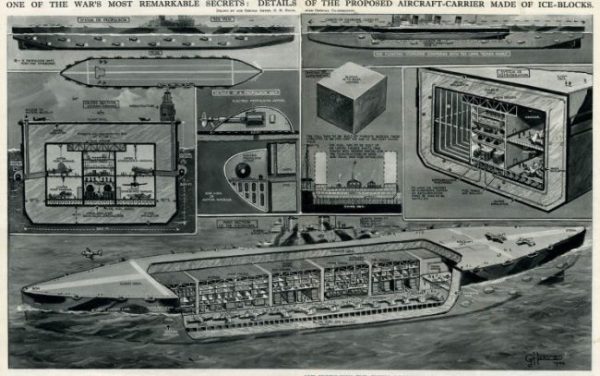 But why was it made of ice? For one thing, steel and aluminum were in short supply during the war, so governments were actively looking for alternatives.  Furthermore, this ice ship would be so dense that it would be basically indestructible, thanks to an invention called Pykrete. 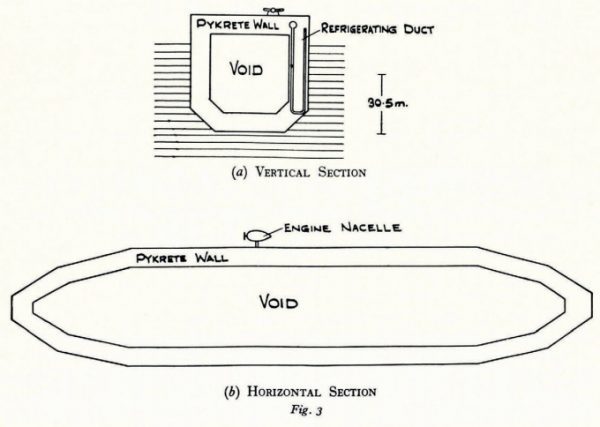 Named after its inventor, Geoffrey Pyke, Pykrete is created by mixing water with sawdust, and then freezing it. Mixing in the sawdust makes the ice extremely strong and resistant to melting. The ship would be built out of blocks of Pykrete and kept frozen with refrigerator coils.

Mountbatten was a Pykrete true-believer. Once, during a meeting with Americans he demonstrated Pykrete’s strength by shooting it with a revolver. Instead of shattering like regular ice, the bullet bounced off, ricocheting into the leg of one of his colleagues. Needless to say, everyone was so impressed that they decided to go forward with the plan. Churchill signed off and they enlisted Canada to built a prototype on Lake Patricia. They named it Project Habakkuk after a Bible verse:

“Behold ye among the nations, and look, and wonder marvelously; for I am working a work in your days, which ye will not believe though it be told you.” (Habakkuk 1:5)

The prototype was built by Canadian conscientious objectors (who opted for alternative service jobs) unaware of the project’s purpose. It was constructed in just a few months, but by the time it was finished, the war had moved on — among other things, they realized these ships would take more money and materials than expected. 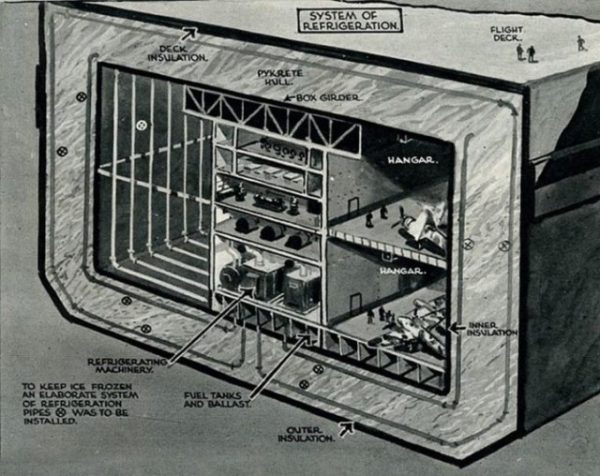 In the end the British scrapped the project and ultimately let it sink into the bottom of Lake Patricia, where its ruins can still be seen today. Of course, when you build a ship out of ice, there isn’t so much to see.

Special thanks to 99pi listener Debbie Schneiderman who wrote in and tipped us off to this incredible story.