Last holiday season, we started a tradition of collecting new short pieces by 99% Invisible producers into “mini-story” episodes. Listeners asked for more, so we’re back at it again with tales of a backward index, alarm design, actual alchemy and Seattle’s historic underground. Also: Roman gives his take on the new presidential challenge coin redesign.

The Backward Index by Delaney Hall 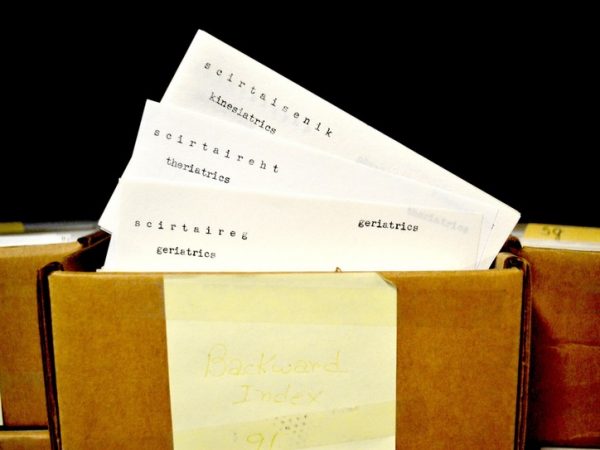 “Why would anyone type out 315,000 words spelled in reverse?” asks Editor-at-Large for Merriam-Webster Peter Sokolowski. “Say you wanted to find out how many words end in ‘-ology’ or ‘-ism.’ How would you figure it out?” Today, you would use a computer, but in the mid-1900s, an analog solution was needed.

Exactly who invented this “Backward Index” — housed at the offices of Merriam-Webster in Springfield, MA — is still a bit of a mystery. But Sokolowski has found that the project was championed by Philip Gove, editor of Merriam-Webster’s Third Unabridged in the 1950s. As the new volume’s production wound down, Gove began re-tasking staff to help compile the index. Employees typed out words, backward first (with spaces between letters) then forward on 3-by-5-inch cards. 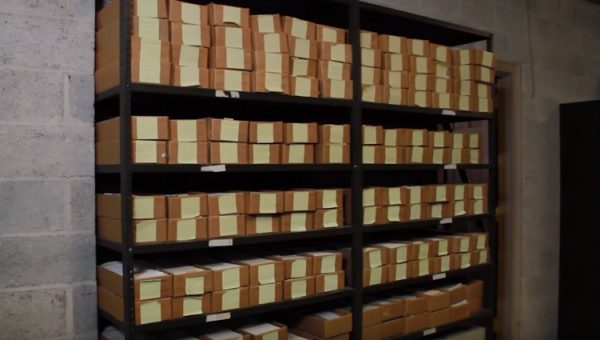 Hundreds of thousands of these cards were created and and kept in a card catalog on the editorial floor. Later, in the 1990s, the company moved to the collection, filling 129 filing boxes, into the basement.