Monuments don’t just appear in the wake of someone’s death — they are erected for reasons specific to a time and place. In 1905, one such memorial was put up in downtown Memphis, Tennessee, to commemorate Nathan Bedford Forrest, who had died in 1877.

Forrest was a lieutenant general in the Confederate Army during the American Civil War, and widely regarded as a military genius. Ulysses S. Grant called him “that devil Forrest.” Robert E. Lee lamented not putting his talents to greater use during the war. 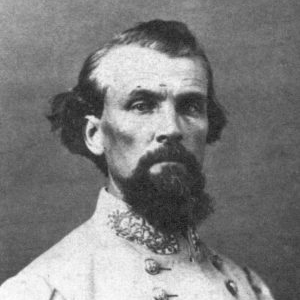 Forrest was wealthy, but he built his fortune with the labor of enslaved persons. He was also a member (and, according to some accounts: the first Grand Wizard) of the Ku Klux Klan.

When the statue of Bedford Forrest was erected in Memphis in 1905, explains Memory Palace host Nate Dimeo, 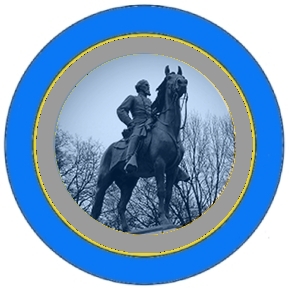 This featured episode explores the idea of an imagined plaque that could accompany a statue of Nathan Bedford Forrest. Nate DiMeo originally produced this story for his show The Memory Palace under the title: Notes on an Imagined Plaque to be Added to the Statue of General Nathan Bedford Forrest, Upon Hearing that the Memphis City Council has Voted to Move it and the Exhumed Remains of General Forrest and his Wife, Mary Ann Montgomery Forrest, from their Current Location in a Park Downtown, to the Nearby Elmwood Cemetery.

Previous Episode: Person in Lotus Position
Next Episode: The Age of the Algorithm