For nearly a century, a vast system of underground pipes run by the London Hydraulic Power Company pumped water to power hotels, shops, offices, mansion blocks, hotels, docks, factories and more.  Hydraulics lifted elevators at the Bank of England, opened gates along the Thames and even provided backup power for the Tower Bridge.

Water pressure lifted curtains at the Theatre Royal Drury Lane and rotated stages at the London Palladium in the West End, in addition to raising and lower organs and orchestra platforms at other venues. It also doubled as a fire safety system in buildings it served. 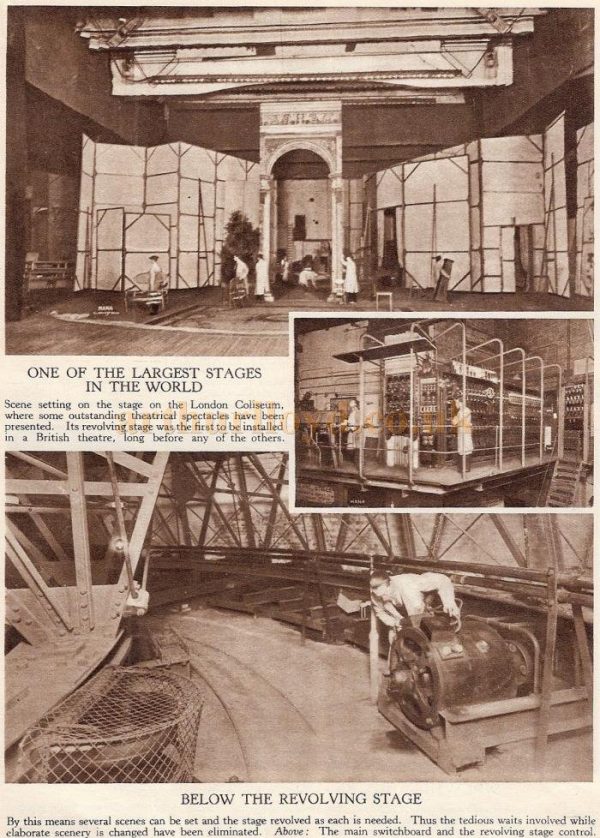 The water was pumped from the Thames (and heated in winter) and pressure was maintained at around 800 pounds per square inch by five hydraulic power stations. Short-term pressure storage was provided by hydraulic accumulators, which were large vertical pistons loaded with heavy weights. An accumulator essentially stores energy and enables a hydraulic system to cope with changes in demand. 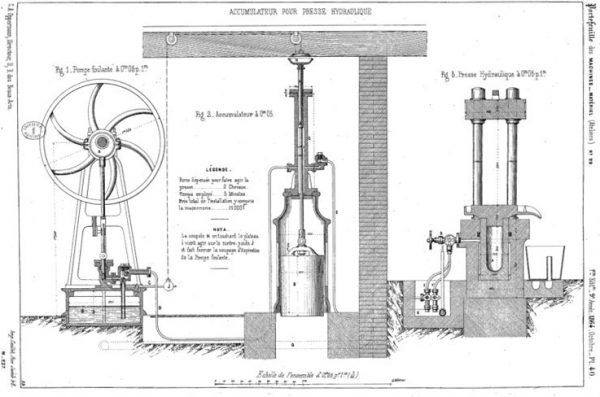 “Applications for the enormous power of the hydraulic ram were manifold,” explains Subterranea Britannica. “It was used for cranes and lifts and could also be applied in presses for forging, stamping or flanging. At one time hundreds of such presses were in use throughout warehouses for baling cloth and paper, and for compressing scrap metal and other materials to facilitate transport.”

Transport historian and broadcaster Tim Dunn notes that this approach was not limited to London. “Elsewhere,” he writes, “the Manchester Hydraulic Power Company‘s water pressure not only powered warehouse cranes but rewound Manchester Town Hall’s clock” and pumped air through the Manchester Cathedral’s organ. From 1894 all the way through 1972, this system powered elevators as well as machinery in workshops and warehouses. Similar systems were constructed in other UK cities, too, including Liverpool and Glasgow.

Over the decades, though, conventional electricity grids began to reduce demand for hydraulic systems — London’s shut down in the 1970s. But the company that built the network still had something valuable to offer: a legal right to dig up public streets to install and maintain pipes. Mercury Communications bought the company and began using its underground pipe routes as telecommunication ducts.

Above ground, the Wapping Hydraulic Power Station, the last of the five stations to close, later became an arts center and restaurant.

99% Invisible
A Series of Tubes

Aside from defunct stations, there are still some hints in the built environment about the old underground system, including LHP Company plaques embedded in cobbled streets and other structures once associated with their vast network:

That’s spooky, took this picture today of a unusual building just outside the Tower of London precinct. Great to know more. pic.twitter.com/4lsttiuA1x