Outerbridge Crossing sounds like an uncannily apt title for a bridge (bordering on redundant, really), but it is actually named after a person: Eugenius Harvey Outerbridge. He was an inventor, businessman and the first chairman of the Port Authority of New York and New Jersey. When a bridge between the two was set to be named in his honor, well, “Outerbridge Bridge” would have been a bit odd. 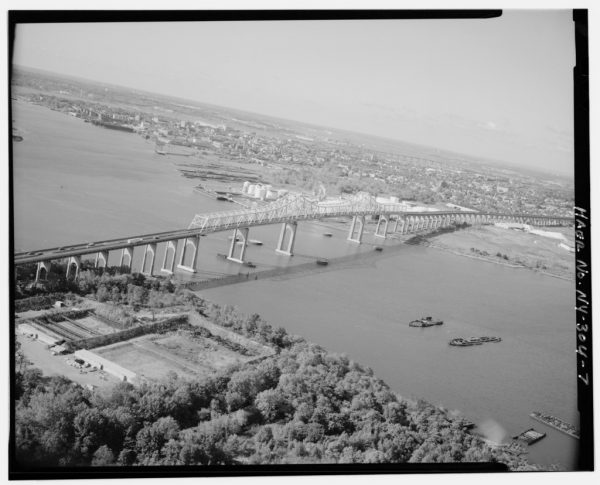 Connecting Staten Island and Perth Amboy since 1928, the bridge is often (mistakenly) assumed to have gained its title by being the outermost bridge in NYC or the southernmost crossing in the state.

Outerbridge Crossing seems strangely tautological in part because both words are in the same language, and it isn’t alone — other redundant place names include two “Street Roads” in Pennsylvania. But there are a lot of less-obvious, mixed-language cases, too, like: El Pont de Suert (The Bridge of Bridge) in Spain; Forumtorget (Square Square) in Sweden; the Gulf of Bothnia (Gulf of Gulf) in the Baltic Sea; and Breedon on the Hill (Hill Hill on the Hill in Brythonic, Saxon and Modern English) in England. Wikipedia has a large of growing list of additional examples. 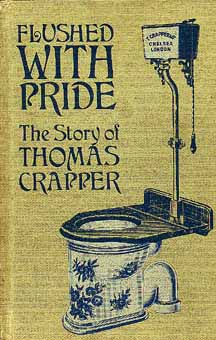 The Encyclopedia Britannica attributes the term aptronym to Franklin Adams, a writer who coined it as a clever anagram of patronym (a family name derived from a father or other paternal ancestor).

Theories of “nominative determinism” suggest some aptonyms may be more than mere coincidence, too. Swiss psychologist Carl Jung believed that people might tend to gravitate towards areas of work that fit their names. If true, this affinity could be driven by ego, or (per some theories) even genetics — Smiths and Taylors passing down aptitudes, for instance, like strength and dexterity (respectively). In 2015, researchers Limb, Limb, Limb and Limb published a paper about the effect of surnames on medical specializations. They found correlations, though some have questioned the scientific rigor of their methods.

Of course, the ways people are named have changed over time and from place to place. Historically, names were sometimes associated with parents (Johnson or Anderson) or professions (Cook or Weaver). But by the early 1900s, Smith and Taylor were two of the most common English surnames, though few still worked as smiths or tailors. Some writers, including Charles Dickens and William Shakespeare, have also famously employed charactonyms, a literary equivalent of aptonyms (with the names of characters intentionally reflecting personality traits).

On the flip side, there are also inaptonyms (or: inaptronyms), like the Archbishop of Manila, Jaime Sin, who was appointed a cardinal by Pope Paul VI in the 1970s, thus becoming known as “Cardinal Sin.” Others examples include: Frank Beard, who was for a long time the only non-bearded ZZ Top band member, as well as Larry Playfair, a hockey player famous for starting fights.

Finally, to further confuse things, there are eponyms, persons after whom something like a discovery, invention or place is named (or thought to be named), which can also overlap with aptonyms. Almost by definition, these tend to have stories behind them about how a thing came to be named after a specific person. More on those below:

Fun parting fact: A backronym (or: bacronym) is a constructed phrase that fits an existing word, like a reverse-engineered acronym. While an acronym is derived from the initial letters of the words in a phrase, like RADAR, a backronym is a new developed after the fact, as in the case AMBER Alerts.

Special thanks to 99pi fan Matt Polazzo for tipping us off to aptonyms!