In the beginning, former AIASF President Henrik Bull and the Transamerica Pyramid did not get along. The building was an affront to late 1960’s modernist ideals. It was silly. It looked like a dunce cap. Its large scale had no respect for the neighborhood in which it lived.

But over 40 years, something happened… 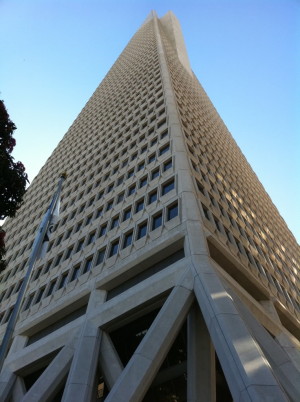 Do you have a building or place in your city you once hated and now love, or something you loved and now hate? Leave a comment and share it with the rest of the class.

Here’s mine: The Montgomery Ward Headquarters building in Chicago never struck me as much of anything, really. Kind of dull, especially in a city like Chicago. But then I learned that the concrete corners on the outside were specifically designed to eliminate the possibility of a “corner office” so that Montgomery Ward would be a more egalitarian company. That really makes me smile, and the building looks cooler because of it.

Cat ladders, shelves and other feline-oriented designs are... [Read More]