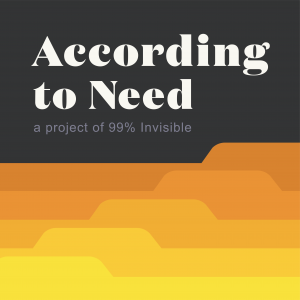 In less than five years (between 2015 and 2019) the rate of homelessness doubled in Oakland. Reporter Katie Mingle has a simple question with a complex answer: “What are we doing about all of it?”

The way homelessness has exploded here over the last decade, you’d think there was no system in place to address it. But there is one. It just wasn’t designed to help everyone.

99% Invisible
According to Need: Prologue

Katie starts a journey to understand homelessness in her city. She doesn’t have to go far.

Tulicia hasn’t ever had this much trouble getting back on her feet.

Everyone who needs housing is told to call 211. It’s our “homelessness hotline.” But why is it a dead end for so many people?

What happens when you ask people what they need?

People may live or die depending on where they end up on this list. But how one gets to the top is a bit of a mystery.

Finally, one person gets something from this system.

Katie spent two years trying to understand how we’re helping the hundreds of thousands of people living without adequate shelter in America today. The result is According to Need, a short-run documentary series from 99% Invisible in 5 chapters. If you’ve enjoyed this series and were moved by the stories you heard, we’ve compiled a list of Bay Area organizations that you can support.

Sound Engineering by Kevin Ramsay, Brendan Baker, Jacob Winik, and Bryson Barnes. Fact checking by Amy Gaines. Beautiful music by the beautiful Sean Real. Branding and design by MUCHMORE.io. Kurt Kohlstedt was our digital director. Additional support from Sofia Klatzker, Vivian Le and Chris Berube. Special thanks to everyone who was interviewed for this series as well as Marisol Medina-Cadena, Johanna Zorn, Alison DeJung, and Chelsea Miller.

According to Need is a project of 99% Invisible, a member of the Stitcher and Sirius XM podcast family.