It has appeared on stamps and been featured in an Olympic ceremony, inspired works of fine art and comedic spoofs. This seemingly simple invention, the Hills Rotary Hoist (or simply “Hills Hoist”), is a fixture of the classic Australian Dream: a house on a quarter-acre lot with a big backyard, incomplete without a particular type of rotating clothesline.

The Hills Hoist was developed in Adelaide, South Australia by World War II veteran Lance Hill in 1945. As the story goes: Hill got home from the war and realized his backyard was getting crowded, so he designed and built a rotary clothesline from some old pipe.

The line could also be hoisted up to catch breezes after being loaded with wet laundry. It wasn’t the first of its kind, but it became a household name, well-timed to take off in an era of post-war growth.

After overhearing some neighbors talking about his device, Hill decided to go into business building and selling clotheslines. His first batch was made from tubing salvaged from under the Sydney Harbor Bridge, originally hung to catch enemy subs in WWII. Today, over 5 million Hills Hoists are sold per year worldwide. Modern models have extra features, too, able to be folded down and lifted out of the ground.

The device went on to become an icon of the country over the decades and is listed as a National Treasure by the National Library of Australia. The National Museum of Australia also had a Hills Hoist on display for a time. But it is more than just a point of pride or everyday design object — the Hills Hoist has shaped the culture and activities of a nation.

Much More Along Those Lines

As dominant fixtures of Australian backyards, these pervasive clotheslines have evolved uses well beyond their designer’s intent. Kids, for instance, hang from and spin around on their sturdy rotating beams (with or without water slides augmenting the experience).

Adults decorate Hills Hoists with anything from ornaments for birthday parties to fancy chandeliers for romantic backyard weddings. Hoist frameworks can also be used for DIY sheet-and-blanket forts.

An entire drinking game has evolved around Hills Hoists: Goon of Fortune (inspired by Wheel of Fortune) involves hanging “goon sacks” (bags of cheap wine) on the lines. The edge is spun and people standing around it drink when a bag comes to a stop in front of them.

The icon’s reach also extends beyond Australia. In England, an expat-founded rugby team took more than just its name from the Hills Hoist. The Hammersmith Hills Hoists (RFLC) went so far as to add an abstracted image of the rotary clothesline to their official emblem.

Australian Hills Hoist owner (and 99% Invisible fan) Alisa Stephens grew up surrounded by these contraptions. Her grandparents maintained a carefully cultivated vegetable garden and manicured lawn in their quarter-acre lot’s yard, yet “smack bang in the middle of the lawn, with a concrete path leading up to it, was their rotary clothesline.” Hills Hoists were also visible in neighboring yards on all sides. 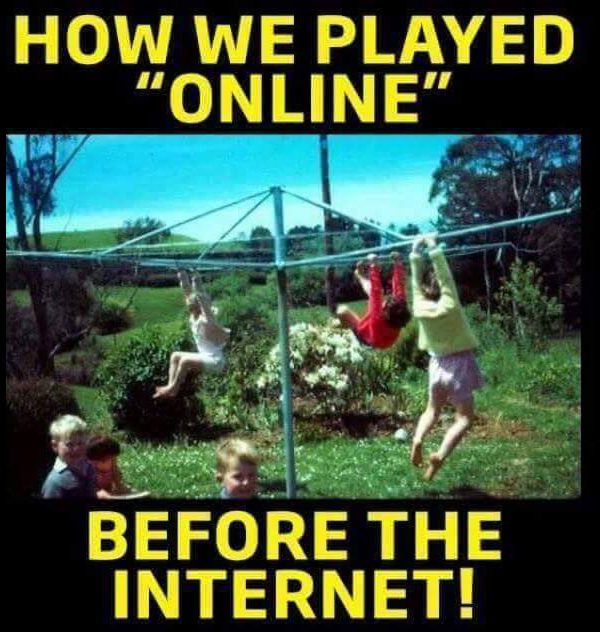 “As a kid,” she recalls, “my dad would lift me up and let me hold onto an arm and would walk me around, spinning the clothesline as he held me around the waist. [It] kind of felt like flying.” She also played a doughnut-eating game at birthdays with pastries hanging on the lines: “hold your hands behind your back and eat as fast as you can. Whoever finishes first wins (although, with donuts, everyone wins, right?).”

Stephens recently decorated her family’s Hoist for a birthday party, but also finds it useful for its original purpose: hanging laundry. It is easy to reach up and spin the lines around to find an empty space, then extend them vertically as needed to hang longer things (like sheets).

Her backyard Hoist is a newer and improved version. “The 1960s model of my childhood was dug up when we extended the house in 1997,” she explains, “and a modern one was put in.” Technically it is removable (the pole lifts out of the ground) but realistically it tends to stay put, in part because the sides can be folded down as needed.

Recently, though, Stephens has observed a lot of newer estates cropping up “full of McMansions where everyone needs a bedroom, a rumpus room and an en suite off the master, with a big deck out back,” all of which leaves less room for a full-sized Hills Hoist. As a result, “rotary clotheslines aren’t as common in new developments.” Instead, “you’re more likely to find a folding-frame clothesline, mounted either to the back or side of a house or to the fence.”

Still, Stephens (like many others) remains a fan. “As much as I don’t actually enjoy doing the laundry,” she says, “I really do love the Hills Hoist. They look iconic, and when they’re full of sheets and flapping in the breeze they can be really calming! I even love the creaky noise they make as they shift around — it’s a sound of summer for me.”