The first print advertisement for Wonder Bread came out before the bread itself. It stated only that “a wonder” was coming. In a lot of ways, the statement was true. Wonder Bread was the perfect loaf.  “Slow food” advocates have pronounced industrial white bread of any brand a symbol of a modern grocery problem:  consumers don’t know where our food comes from. The funny thing is that industrial white bread — that evenly sliced, squishy, moist, perfectly white and wondrous loaf — was once a highly designed solution to that very same problem.

For much (if not all) of human history, bread has been one of the most important foods. Our human ancestors 30,000 years ago had a crude form of bread, and nearly every culture on earth since then has created some form of it.

Similarly, the word “lord” comes from a word in old English, hlaford, which meant “the keeper of bread.” Political rule was thus bound up in the distribution of the bread supply.

For most of humanity’s long history with bread, bread was made in our homes. Eventually, we had small bakeries that supplied bread for more people, but they weren’t a picture of artisanal purity. Bakeries of the early industrial age were dirty and often underground, usually with terrible working conditions. You never knew when the baker would cut costs by mixing the dough with sawdust or other horrible additives.

Also, around the late 1800s and early 1900s, there was a lot of food-borne illness such as cholera and typhus. A lot of Americans were starting to fear their food.

People then started getting really interested in where their food came from — only back at the turn of the century, that meant avoiding locally baked bread. Factory bread, the thinking went, was made by clean hands in a modern, light-filled palace of industry. One could see that factory-made bread was clean and healthy because it was spotless and white.

White flour and white bread aren’t technological innovations themselves; they’ve been around for millennia. Technically speaking, white flour is whole wheat flour with the bran and the germ from the wheat kernel sifted out. Industrial bakers chose white bread as their flagship bread because, for them, white meant purity and cleanliness and modernity.

If all this talk of white purity sounds vaguely problematic, it should. As Dr. Woods Hutchinson put it in McClure’s Magazine in 1906,  “No race ever yet ate black bread when it could get white; nor even brown, yellow, or other mulatto tints.” Hutchinson, who was a noted health columnist, went on to argue that only white bread would fortify the white race to go forth and conquer other peoples.  Food reformers of the day also referred to white bread as a “chaste loaf” and the dark loaf as the “defiled loaf.”

Bread, however, was actually never actually a true vector for contagion (that was mostly the meat and dairy supply). This fear over the safety of bread, it turned out, actually wasn’t actually about bread at all. It was fear about immigration—about the supposedly diseased and dirty hands of southern and eastern European immigrants handling bread in neighborhood bakeries. For middle and upper-class whites, xenophobia becomes inseparable from fears about bread safety.

The science of industrializing and mass-producing bread, however, was still a little wacky. Bread is, after all, the product of microorganisms undergoing biological processes. Baking is a function of time, temperature, and a lot of other variables. In fact, bread was one of the last major foods to be industrialized precisely because of how complex it is to make uniformly.

From the 1920s and 30s onward, industrial bakers were constantly tinkering with the design of white bread. They cut the time it took for the bread to rise by adding sugars and cranking up the temperature. They added emulsifiers to allow the dough’s water and fat to mix together better, giving white bread its height and a more even grain. (That also got rid of the holes.) Eventually, vitamins were added, and white bread was sold to the public as a means of making hearty the young men who would serve in the war effort.

Various factories created their own recipes for industrial white bread, which all came to a head in 1952, in Rockford, Illinois.  The USDA, along with some key figures of the industrial baking world, put together a multiyear project to investigate bread, and bread eating habits. The end product of this so-called “Manhattan Project of Bread” was a white bread that was two and a half times sweeter and 40% fluffier than the average loaf. Americans loved the new white bread, and consumers ate around a pound and a half per week.

But strangely, the Americans who were buying loaf upon loaf of this white bread didn’t actually like it. The Rockford study found many complaints against the texture of industrial white bread—and yet studies also showed that consumers would buy the lightest and fluffiest loaves available.

Then, white bread went through an identity crisis. Where once white bread was a feel-good symbol of progress, the term “white bread” began to get used as an epithet, meaning stuffy, conservative, square, and white-suburban.  One of the first documented instances of “white bread” being used as a pejorative adjective was by Richard Pryor, who stormed off the stage of the Aladdin Theatre in Las Vegas, allegedly saying that he was “absolutely done with this white bread humor.”

From around that point forward, countercultural movements began to use white bread as an emblem of the establishment, of the silent majority, of Richard Nixon’s America.

But then, by the 1980s and 90s, the meaning starts to bifurcate: “white bread” also starts to represent poor white people who make supposedly irresponsible decisions about their diet.

“White bread” could represent both affluence and impoverishment, simultaneously and separately.

This debate over which kind of bread to eat—white or wheat—is not new; even Plato takes up the issue in his Republic. And this debate over the right kind of bread is also not even really about bread. It’s been about the anxieties of modernization, immigration, socioeconomic disparity, and even gender roles (i.e., should we buy bread made in a factory by men, or should women produce bread at home?). 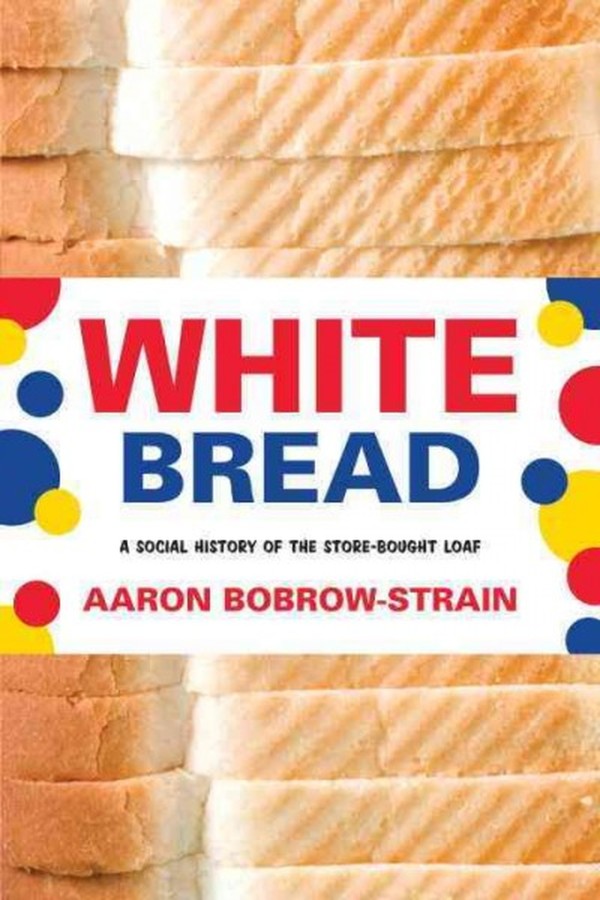 The Victorian era is infamous for putting death in... [Read More]