The first trademark for a sound in the United States was issued in 1978 to NBC for their chimes. MGM has a sound trademark for their roaring lion, as does 20th Century Fox for their trumpet fanfare. Harley Davidson tried to trademark the sound of their motorcycles, but after years of litigation, they finally withdrew their application.

Right now there are fewer than two hundred active trademarks for sounds. A surprisingly small number, considering sound has the power make — or break — a brand.

It’s a common occurrence at your local Chili’s franchise: a customer orders a fajita; the server brings out a sizzling skillet of fajita meat and onions; and the dish arrives at the table with a dramatic, crackling, fizzling sound. Everyone who hears the fajita instinctively gravitates towards the sound. That first order often sets off a chain reaction of several more orders.

Cooks at Chili’s called it “the fajita effect.”

(Chili’s, by the way, did not invent the Fajita. That distinction goes to a Texan named Sonny Falcone, who, in the 1970s, thought he could sell a sub-par cut of meat called the “faja” by cooking it out in the open with lots of spices. Chili’s founder Larry Levine had seen fajitas in restaurants around the Rio Grande Valley, and decided to make them a staple of his restaurant venture.)

Levine understood the importance of sound, as did another man in a completely different field: Jim Reekes, the designer one of the few trademarked sounds.

Reekes is a composer and musician who was working at Apple when they were developing the Macintosh II.

He hated the start-up sound that Apple had been using. The sound Jim Reekes despised is the second one at 0:10:

Reekes designed a more zen-like, meditative sound meant to imitate a gong, or an “om” chant. Reekes could’t get permission to replace the old sound with his new one, so he snuck it into the prototype.

The sound wound up on the Macintosh II computers that shipped. It’s now the sound that is most connected to the Apple brand.

Car companies also consider sound in the design of their product. A Ford Mustang, for instance, will intentionally not sound the same as a Ford Taurus, even if their engines are similar.

In 2008, Ford decided to put out a remake of a Mustang that appeared in the 1968 film, Bullitt. The car sounded like this:

Fun fact: the first residential street shown in this clip is four blocks from KALW 91.7 FM

Ford wanted to make the 2008 Bullitt sound akin to the 1968 Bullitt. They were trying, essentially, to make a new car sound old.

This proved especially challenging, because cars made in 1968 were built completely differently; the 1968 Bullitt had a carburetor, for instance, and the new model had a fuel injection system. Plus, the Mustang in the movie was enhanced with sounds recorded from a race car — and it’s actually illegal in most places to drive around in a car as loud as the car from the movie would be if it were real.

With all those factors in mind, Ford identified the key characteristics of the Mustang sounds in the movie. They then figured out how to reverse-engineer those notes as best as they could by tweaking the shapes of the tubes in the car’s exhaust system.

Brands that don’t pay attention to sound may get punished by consumers. Case in point: in 2010, Frito-Lay unveiled a new, biodegradable SunChips bag. The only problem was that they never considered what that packaging sounded like.

And it was loud. Very, very loud.

That guy in the above YouTube video was not the only person to notice how noisy the bag was. A Facebook page called SORRY I CAN’T HEAR YOU OVER THIS SUNCHIPS BAG got over 45,000 likes. The bag became a national news story, and Frito-Lay had to pull the new bag and go back to the old bag.

Sound is the first sense that we respond to. Let’s use it responsibly. 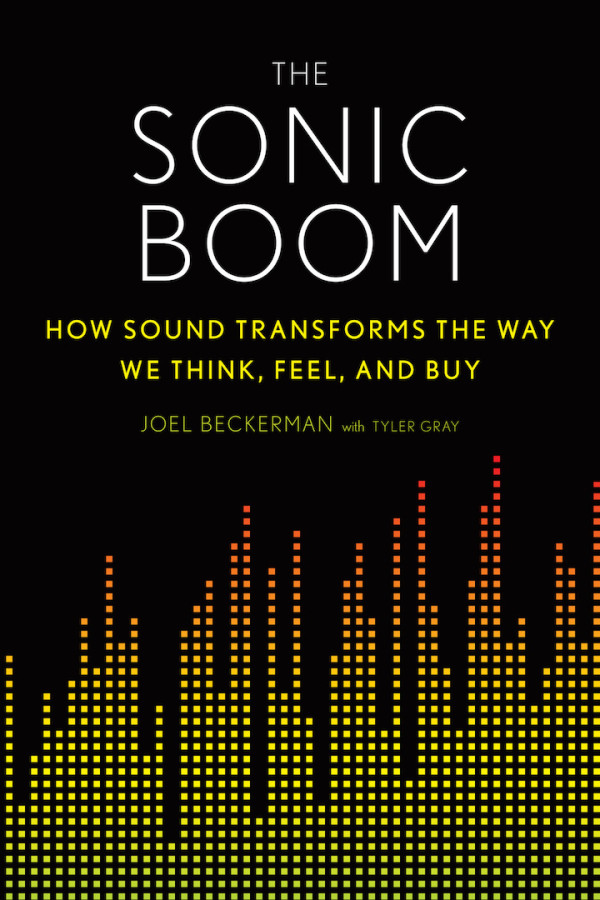 99% Revisited: 10 Staff Favorite Stories to Celebrate 10 Years of the Show

Ten years ago, a tiny radio show about... [Read More]

Building the Wall: Highway Sound Barriers and the Evolution of Noise

When I was a little girl, my parents... [Read More]