Note: This episode contains references to adult language, and might not be suitable for younger listeners. You’ll likely know within the first fifteen seconds if this episode is appropriate for your children. There’s a particular one-kilohertz tone that is universally understood to be covering up inappropriate words on radio and TV. But there are other options, too, like silence — so why did this particular *bleep* sound become ubiquitous? 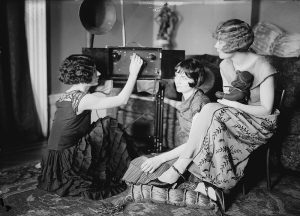 In the 1920s, in America, radio was the hot new thing. After years of newspapers and the telegraph, now, even the smallest local radio station could broadcast voices into hundreds or even thousands of homes. By the 1950s radio had gone fully professional, with big national broadcasters reaching everyone in America, and it was joined by a dynamic new flash-in-the-pan invention called TV. By this point, radio and TV was regulated by the Federal Communications Commission, who had the power to dish out fines for any content they found indecent, giving rise to the bleep button. 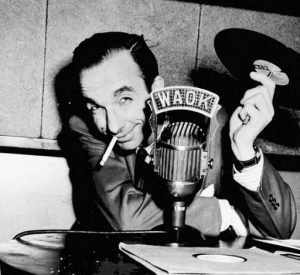 The first bleep was created by radio broadcast engineers using an oscillator, a piece of equipment that creates test tones and is built into most broadcast radio control boards. The bleep was devised so radio stations could cover up swear words just in the nick of time. Most live radio isn’t actually live, but is instead broadcast seven seconds after it happens in real life. This gives board operators a head-start to catch a swear word, and cover it up with a bleep or other sound before it reaches the ears of unsuspecting listeners.

Despite advances in broadcast editing technology, by the early 2000s, the bleep was everywhere. The Jerry Springer Show made it a mainstay of daytime TV. While reality shows like The Bachelor made it a staple in primetime. Reality TV was a big driver of this increase in bleeps. But there’s another reason it really took off in the early 2000s. It’s the rise of what writer Maria Bustillos calls “the comedic meta-bleep.” These are the moments when a comedy show uses the bleep not to cover up a swear word, but as a punchline, in and of itself. This joke was commonly used on shows like Arrested Development and Parks & Recreation. The apotheosis of this trend is a recurring sketch on Jimmy Kimmel’s late night show called “unnecessary censorship,” where he replaces perfectly normal sentences with long, obnoxious bleeps.

In many ways the censor bleep noise is like a super-swear. It can be used to barely conceal a naughty word, like on Jerry Springer. Or it can be used to let our minds run wild and consider all sorts of possibilities, like on Arrested Development. As a tool of censorship, it’s not that effective. Which is why conservative political action groups want to see it gone.

The bleep button might be on its way out, as swearing across society is becoming more and more accepted. A Reuters poll found only 14% of Americans “never” swear in day to day life. Also, the FCC has lost some of its regulatory power. In 2010, the Second Circuit court of appeals struck down the FCC’s right to levy fines for fleeting swear words in live broadcasts, saying their rules were “unconstitutionally vague.”

Most stations don’t bleep words like “bitch” or “ass” anymore. It’s possible we’re heading towards a world where [bleep] and [bleep] won’t be [bleep]ed out. But for some, the bleep is still a treasure — it’s America’s superego, and reflection our desire to say exactly what we want, all the time, in the knowledge that we can’t.