If you’ve ever flipped through the radio dial — not satellite, not podcasts, but good old-fashioned AM and FM radio — you may have noticed something. First of all, “Don’t Stop Believing” still gets a shocking amount of air time. Great song but maybe culture should evolve. But also, when it comes to talk radio, a lot of it sounds kind of the same — right wing radio talk is everywhere. 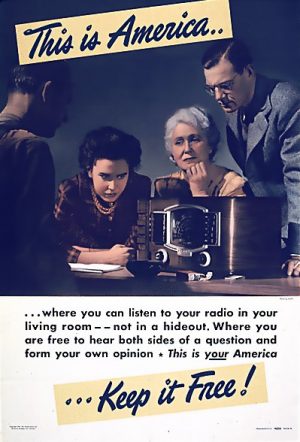 As of this fall, 17 of the country’s 20 biggest radio talk show hosts were conservative, only one was progressive. And that matters. Because broadcast radio is still a really important medium. It has a higher reach than television. It’s nearly neck in neck with social media for how Americans get their news. And in studies it often ranks as the media format that Americans trust the most.

But the airwaves weren’t always so dominated by such a narrow range of voices. Reporter and friend of the show Katie Thornton has the story of how talk radio has evolved (and perhaps devolved at times) over the past century, and what all of it means for the airwaves today.

Hear the rest of the the series from On the Media

Many 99% Invisible stories are long and in-depth,... [Read More]

Reverb: The Evolution of Architectural Acoustics

Streaming in the Victorian Era: Early Synthesizer Sent Out Tunes by...