After Producer Katie Mingle’s mom wrote a romance novel, Katie set out to understand the romance genre and its classic covers. There was a lot to unpack.

[Content warning: This episode contains talk about sex and mentions of sexual violence]

What makes a book about love a Romance?

Sarah MacLean, a romance novelist (who once wrote a romance based on a 99PI episode), says that all romance novels have a basic pact with the reader: “I’m going to take you on this wild ride and there will be massive highs and massive lows. But at the end, they live happily ever after.” The happily ever after (or HEA if you wanna sound in-the-know) has always been a distinguishing feature of the genre. By this definition alone one could argue that someone like Jane Austen was basically a romance novelist, and some people do, but MacLean believes the modern era of romance can be traced back to the early 1970s and a self-described Midwestern housewife named Kathleen Woodiwiss. Woodiwiss looked at the adventure novels her husband was reading and asked herself: where are the ones with leading women, told from a female point of view? 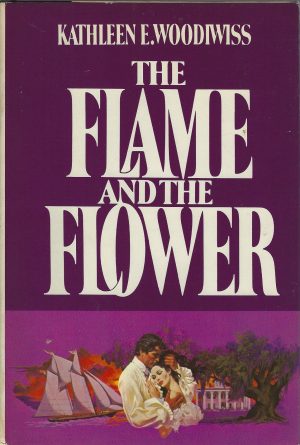 Eventually, Woodiwiss sat down and wrote one. The Flame and the Flower was a romantic adventure story with a female protagonist, and it had something else new too: explicit sex.  The book sold 2.3 million copies in the first 4 years, and opened the floodgates for similar kinds of books. But, The Flame and the Flower was also problematic. The hero of the book rapes the heroine multiple times before they eventually fall in love and live happily ever after.  After the success of The Flame and the Flower, many similar kinds of books hit the shelves. That is, romantic adventure stories that often included dynamics of sexual violence. This is why romance novels got saddled with the nickname, “bodice rippers.” But Sarah MacLean is hesitant to completely dismiss these early works despite the rape scenes.

“These books were the only place where women could see themselves and see the trauma that women in the world often have to deal with and then also see themselves in triumph and in hope and in, you know, passion and happiness and love—like these are powerful, subversive ideas.”

As the romance genre exploded in the 1980s, the covers got more over-the-top and eye-catching. These covers are familiar to anyone who grew up stealing glances of them in the grocery store in the 1980s: half-nude men, women with gravity-defying hair. This ubiquitous romance cover design even got its own name: clinch covers. [Clinch definition 1: to hold an opponent (as in boxing) at close quarters with one or both arms 2: to hold fast or firmly]

In the 1980s, few were doing more epic clinches on their covers than the author Johanna Lindsey. And it was Lindsey who introduced the world to a  blonde model who would become inexorably linked to the genre for many years to come: Fabio.

No one seems to know exactly how many covers Fabio appeared on during his career, but it was likely in the hundreds. Fabio had a brutish inscrutable look that matched the heroes in the early romance novels who tended to be intensely masculine and un-emotive. These days, a lot of romance writers and readers have come to resent how long Fabio’s association with the genre has endured. “It’s still very difficult for people to talk and write about romance novels without referencing Fabio, who has not been a part of romance covers since the ’90s”  said Nichole Perkins, a writer on pop culture and host of the podcast This is Good for You .

In the 1970s and 80s, models, like Fabio, would pose for a photoshoot and then an illustrator like Max Ginsburg, would render that photo into a painting, adding in backgrounds like a beach or meadow.

But Ginsburg says he was there in the photoshoots too. “I was sitting there like the director in the movie. You know, hold the girl a little more firmly or a little more tenderly, or whatever.”

The sexy covers helped distinguish the romance genre as women-only space, which, according to Sarah MacLean, “increased the likelihood that women would buy these books, and also increased the level of disdain that society would start to have for these books, because if they’re for women, then surely they can’t have value.”

You can hear the contempt that the larger culture had for romance novels in this Nightline segment from 1980s:

Through the 1970s and 80s romance novels and their covers primarily featured white heterosexual couples, with a handful of exceptions. In 1974, a writer named Ann Shockley put out a lesbian interracial romance called Loving Her but you’d have had a hard time finding it in any mainstream bookstores. And in 1980, a black editor at Dell named Vivian Stephens published a few black heterosexual romances but they did not feature steamy clinch covers. 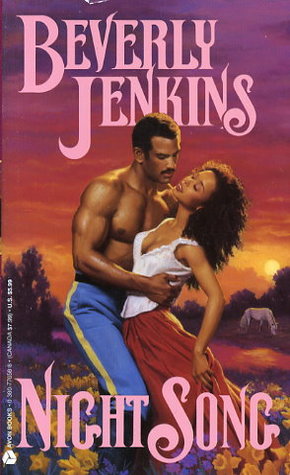 Then came the writer Beverly Jenkins.  Jenkins is black and she writes deeply researched historical romances featuring black characters. She also gave the world the first truly steamy clinch cover featuring black people and she kept going, book after book with black people in passionate embraces on the covers.

Over the next couple of decades, romance would continue to change with the times. Rape scenes disappeared almost entirely (although the genre is still resentfully carrying the ‘bodice ripper’ nickname). The women in the books got more assertive and the men got in touch with their emotions. And, although the industry would remain predominantly white and straight, it’s not nearly as white and as straight as before.

There are really successful Latinx and Asian American authors, and more queer authors these days as well. Which means the clinch cover has been claimed by more and more kinds of people.

These days covers aren’t generally rendered into paintings. They’re photographs (albeit heavily edited). And covers aren’t just clinches anymore. They sometimes feature just a single figure on the cover, like a man in a kilt with his shirt off or a woman in a dress throwing a sultry glance over her shoulder.

In part, this reflects a greater diversity of stories, including highlander, Amish, paranormal, and basically anything else you can imagine. The covers are giving clues to what kind of romance you’re getting and even how steamy the sex scenes will be. 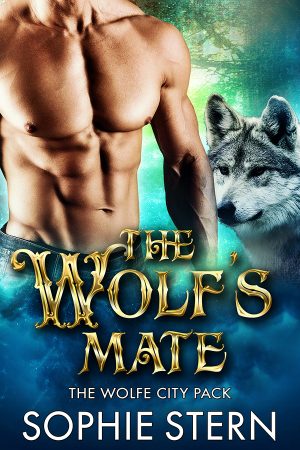 “When I see a bare-chested man like maybe his face isn’t even in the shot, it’s just torso. I know that it’s going to be a fairly steamy romance,” says Nichole Perkins “and if it’s like a blue background, the hero is some kind of law enforcement or military person. And then green background or a yellow background then I know there is probably going to be some sort of paranormal element to it. Like maybe he’s some kind of werewolf or weretiger.”

The newest trend in romance is the illustrated cover in which the figures are much more cartoonish and abstract, like something you’d see in a graphic novel. The vibe is more cute than sexy. Illustrated covers are an attempt to trojan horse romance novels into the general fiction section, and win over readers who might be a little bit embarrassed to buy a book with a clinch on the cover. 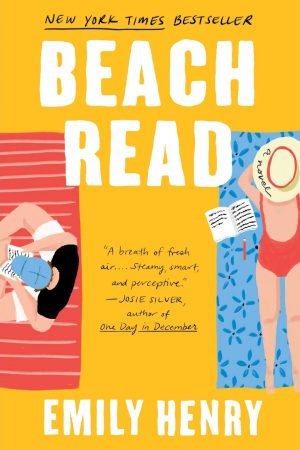 Books like Emily Henry’s Beach Read, for example, have done really well with non-romance reading audiences. But some people worry that all of the coding that the old romance covers were doing to let readers know what kind of book they’re getting is lost in the illustrated covers.  And romance writers and readers tend to feel protective of the old clinch covers, potentially as a result of fending off criticism of them for decades.