L.A. has played almost every city in the world, thanks to its diverse landscape and architectural variety, but particular buildings just keep coming back on screen again and again. The Bradbury Building, for instance, is arguably the biggest architectural movie star in all of Los Angeles.

The Bradbury made its first on-screen appearance in 1943, in the movie China Girl, when it played a Burmese Hotel. 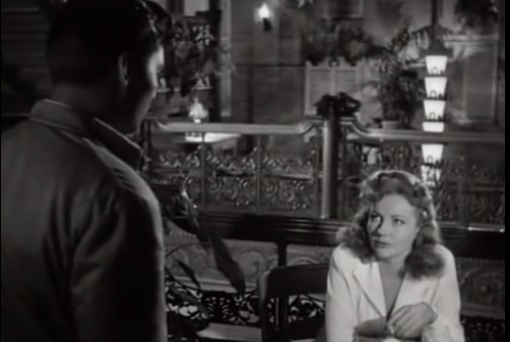 It played a London military hospital in White Cliffs of Dover in 1944. 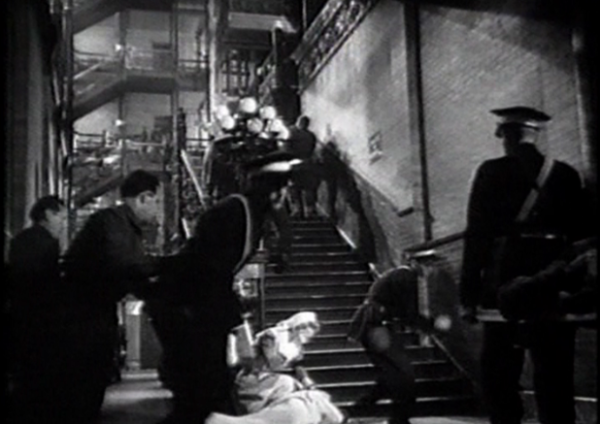 It was the background in the film noir thriller DOA in 1950. 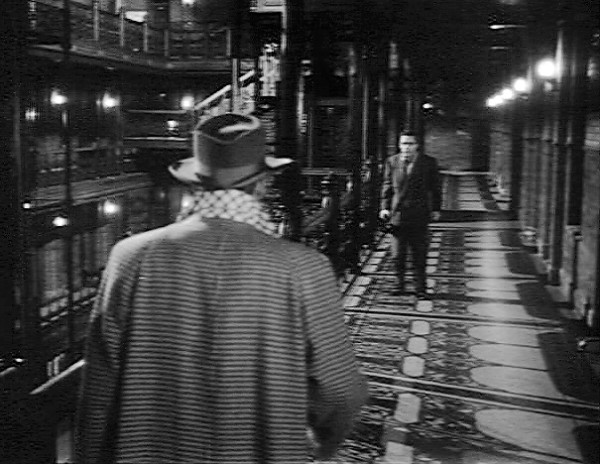 In the 1969 movie Marlowe, Bruce Lee steps into an office of the Bradbury and kicks all the furniture apart.

It played an office again in the final scene of 500 Days of Summer.

It was a chocolate factory in a recent commercial for Twix

It was a movie studio in The Artist.

The Bradbury’s most famous role of all was as the Toymaker’s house in the 1982 movie Blade Runner. There’s even a plaque in the lobby about it. 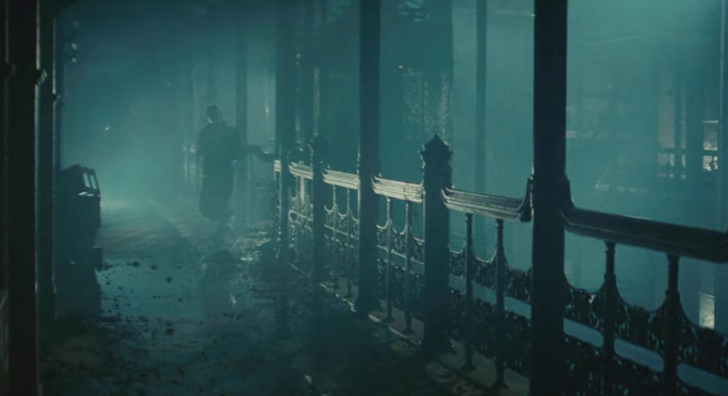 In Blade Runner, the Bradbury is a dark, moody ruin. Which seems like some real Hollywood magic when you see what the building actually looks like.

From the outside, the Bradbury just looks like  a brick office building at the corner of 3rd and Broadway, downtown. It seems unremarkable, but the magic happens when  you step inside.

The Bradbury is basically a tall, narrow courtyard, walled in with terra cotta, covered with a glass ceiling, and flanked with two iron, clanking hydraulic-powered elevators. Human conductors still operate them.

There’s a reason the Bradbury is in so many films. Aside from being  beautiful, it’s also practical. The balconies allow the crew to shoot from many different angles and create a whole range of different moods for various genres. The Bradbury’s ceiling height can accommodate all the lights and the camera equipment.  Also, the Bradbury is located near a parking lot (for all the vans and trailers), as well as places downtown where a film crew can go get lunch.

The Bradbury opened in 1893, long before the movies ever came to L.A. For the record, it’s not named after sci-fi novelist Ray Bradbury, but for Lewis Bradbury—a gold mining millionaire who decided he wanted to make a building with his name on it.

In 1892, Lewis Bradbury commissioned Sumner Hunt, a famous architect, to design his building.

As the story goes, Bradbury didn’t like any of the plans that Hunt showed him, and so, disappointed, was on his way out when, for some reason, one of Hunt’s young draftsmen caught his eye. George Wyman, the draftsman, had no professional training as an architect.

Bradbury pulled Wyman aside and asked him to build his very important half-million dollar office building.

Wyman was a bit weirded out. Not only was he totally unqualified, he also didn’t want to be seen taking business away from his boss. But it was an opportunity was incredible.

Wyman was looking for answers, and so he undertook the then-common practice of attempting to contact a deceased relative. Spiritualism was big at the time; people thought that spirits held knowledge that could be useful for the living.

Wyman attempted to contact his dead brother Mark using a planchette, a precursor to a Ouija board which wrote out sentences with a pencil when you rested your hands on it.

Wyman and his wife sat together, their hands on the planchette, and asked what they should do about Mr. Bradbury’s offer.

Then the planchette, overcome with the spirit of Wyman’s dead brother, began to move. It wrote, in a child-like script:

The message trailed off into an indecipherable scribble. Then, one of them walked to the other side of the table and read it upside down. The scribble, they realized, said successful.

That was a clear enough message for Wyman. He said yes to Bradbury.

The design of the Bradbury was directly inspired by a novel called Looking Backwards by Edward Bellamy. Written in 1887, the book takes place in the year 2000.

Wyman was inspired by one passage in particular:

It was the first interior of a twentieth-century public building that I had ever beheld, and the spectacle naturally impressed me deeply. I was in a vast hall full of light, received not alone from the windows on all sides, but from the dome, the point of which was a hundred feet above…The walls and ceiling were frescoed in mellow tints, calculated to soften without absorbing the light which flooded the interior.

The building carries out this 20th Century vision. Even though the Bradbury is quite old (by California standards), it feels modern.

However, aside from the occasional film shoot, the building spent much of its life totally ignored.

When Ridley Scott shot Blade Runner in the central atrium, it actually wasn’t too hard to make the Bradbury look so shabby. The building was in dusty disrepair until developer Ira Yellin bought the property and restored it.

Ira Yellin spearheaded L.A.’s downtown revival by restoring old historic buildings and turning them into housing and commercial space. The Bradbury was one of the projects he took on, and he asked if the city of Los Angeles could find a steady tenant for the Bradbury. Today, most of the office space in the Bradbury belongs to the internal affairs division of the Los Angeles Police Department.

The police don’t mind the filming, generally, but movies don’t shoot in the Bradbury as frequently as they once did.  Generally, filming is not as welcome downtown now that people live and work there. These days, film crews can’t blow up cars in the street or have 300 zombies stampede down Broadway in the middle of the workday. In this way, the downtown revival is a part of why filming is leaving Los Angeles.

Moviemakers are now flocking to cities in the South and Midwest and Canada, which are offering major incentives to encourage filming. These tax breaks can save producers millions of dollars, and cities like Atlanta are also developing state of the art studios and attracting good production talent.

Still, there are elements of Los Angeles that cannot be replaced or replicated, even on the finest soundstage. Like the experience of entering the Bradbury Building.

It’s a place so unique, so remarkable, that after it was built—the draftsman George Wyman decided to take some classes and actually become an architect.