About a hundred years ago, we didn’t really have supermarkets. If you went shopping, you had to go to a greengrocer, and then to the butcher, then someone delivered your milk, and it was so, so time-consuming. But in 1916, a man named Clarence Saunders opened a store in Tennessee called Piggly Wiggly, which was the first place with “self-service” groceries—rows of products you could pick out yourself. Soon, America was overrun with grocery stores.

In the early days, most grocery stores carried local products, but after World War II, they were filled with famous, national brands. A couple of factors helped the big brands take over, such as the new interstate highway system, which made it easy to deliver goods, and the rise of television. According to radio host and adman Terry O’Reilly, the national brands would reach up to 80% of the market by advertising on the three biggest television shows.

What’s in a Name?

The name brands became dominant and made up most of what people bought at grocery stores in North America. To fill out the store shelves, supermarkets would make their own store brand products too. Usually, these looked similar to the big brands, but with the name of the supermarket slapped on the side of the box. 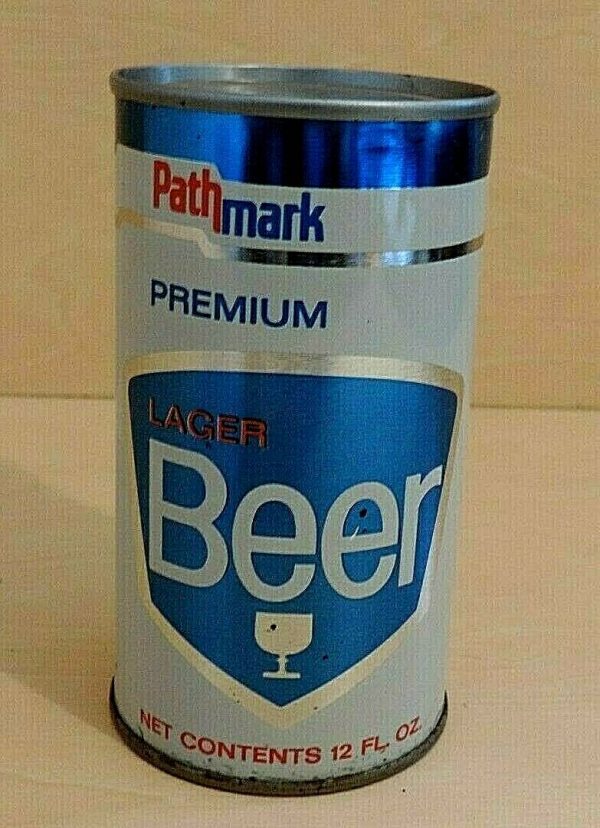 Store brands were most popular with people who wanted a low budget alternative to the name brand stuff, says Stephen Hoch an emeritus marketing professor at the Wharton School of Business. Store brands only made up 13% of the inventory being sold in grocery stores by 1970. But they received a boost during the next decade.

After the oil crisis, the global economy went into a recession. American unemployment hit 11 percent. And suddenly, middle-class families didn’t have money for name brands like Coke or Kellogg’s. Consumers wanted cheaper food. In response, supermarkets had to figure out how to make their store brands more appealing. One chain in France, called Carrefour, was developing a discount store brand when they had an idea. Instead of using bright colors, or putting their own name on the box, or using slogans or beautiful photos, their products were brandless. They would include just the name of the food, in black text, on a white background. This minimalist design was a brilliant marketing tool. It delivered the message that the food was cheap, and the savings were being passed down to consumers.

In 1976 Carrefour launched the new product line, which they called “Les Produits Libres,” which means in English “free products.” Soon, the Produits Libres were half of the products being sold at Carrefour, and, according to the book “The Edible Man” by journalist Anne Kingston, grocery store executives from North America were flying to Europe to look into the Carrefour phenomenon. Soon, the Produits Libres concept was being copied by supermarket chains in the U.S. Stephen Hoch says it was a bit of a shock at first. “I had just moved to Chicago. The big grocery store there was called Jewel. I remember going to the store and all of a sudden I saw these black and white packages. It was black type on a white package for every single one of those things. You know, it said ‘napkins.'”

Chain stores like Jewel in Chicago and Ralph’s in California were making and selling their own generic products. In many stores, the generic products were given a separate aisle. This helped promote their novelty. But it also prevented shoppers from comparing them side by side with the nicer-looking brand name products. One Canadian grocery store took the idea of generic branding to a whole new extreme: Loblaws, which was run in part by a man named Dave Nichol.

A Man of Fine Tastes

Despite selling affordable grocery items for a living, Nichol had expensive tastes. He loved to fly first class, and he personally knew the chefs at many of the three-star restaurants in Europe. At the time, Nichol was hired, Loblaws was in a really bad place. They were trailing behind the grocery chain Dominion, and they were closing stores and laying off workers.

Nichol saw the low sales and decided the store needed to change things up. Loblaws took Carrefour’s discount branding idea and ran with it. They launched No Name. It was just like the black and white generics you could find in America and Europe, but the Loblaws products had one big design flourish.

The company hired a designer named Don Watt who created packaging that had a stark yellow background with plain black Helvetica type for every product. And Nichol didn’t just launch this new product line. He made it an entire store. The worst performing Loblaws stores were shut down and rebranded as No Frills. These new stores carried very few name brands and were dominated by No Name products. To make this painfully clear, the entire store was painted black and bright yellow.

The first No Frills opened in Toronto in 1978 and the whole thing felt like a bargain bin experience. Customers had to bag their own groceries. And while the products were cheaper, most people expressed some ambivalence about the new store. Dave Nichol starred in a bland new ad campaign, which sent a pretty clear message about what Loblaws was offering: no frills. Nichol would appear in deliberately low budget ads, where he would sit in front of a black backdrop and speak directly to customers about low prices. Nichol argued that expensive ads contributed to a “brand tax” – a premium charged for brand-name items. As it turned out, customers liked this pitch. Loblaws started making a big profit in Canada. And in America, by the early 80s, billions of dollars in generic products were being sold every year at stores like Jewel and Ralphs.

The generic brand became so powerful, it started showing up on the fringes of pop culture. In the sci-fi movie Repo Man, Emilio Estevez works in a grocery store that is slowly crushing his soul, and only stocks generic products. In one scene, Estevez eats out of a can simply labeled “Food.” Generic products represented the conformist direction of culture. These products were also featured in a music video by the punk band Suicidal Tendencies. And there was a whole series of books thrillingly called “No Frills Books.”

In the early 80s, generics were a phenomenon. But the novelty couldn’t last. And while the branding was clever, it couldn’t hide the fact that some generics weren’t very good. To bring down the price for generics, many supermarkets were getting their products from questionable suppliers. Shoppers were finding watered down shampoo and cans full of bruised peaches in the generic section. To be clear, not all generic products were bad. Many of the generics were the same product as brand names, just in different packaging. But a couple of low-quality generic products spoiled the whole bunch for a lot of customers.

When the recession ended, the unemployment rate dropped and people went right back to brand names. Despite the references in cult movies and punk music, in a lot of ways, generic branding was out of step with the culture of the 1980s. “I think the 80s was really the era of over-exuberance and yuppieness and BMW use and big salaries and fancy clothes and electronics,” says Terry O’Reilly, “It was really the era that was really about spending money.”

With consumerism dominating culture, buying generics became embarrassing. Lots of American supermarkets gave up on the generic experiment. But in Canada, Loblaws didn’t get rid of No Name. They just moved it lower down the shelf. And they created a second product to attract more affluent customers. Loblaws wanted to make a store brand that was affordable but felt luxurious. Jim White, an executive at Loblaws, remembers talking about Dave Nichol suggested they call this new label “President’s Choice,” which Nichol immediately loved.

The packages for President’s Choice were designed by the same person who created that yellow and black No Frills label, but they were definitely nicer to look at. They used lots of color and had pictures on the front that resembled the photos in Gourmet Magazine. The products even had fancy names, like “deluxe white cheddar macaroni and cheese.” Their Oreo imitator was called Lucullan Delights, named after the hedonist Roman general Lucullus. They eventually had to change the name for that one, because nobody understood the reference. Loblaws was spending a lot of money on research and development so their new food would live up to all of the fancy branding. Jim White even spent months trying to perfect the chocolate chip cookie, the Decadent, which became a best-seller and helped define the brand.

Wal-Mart rolled out its own version of President’s Choice, called “Sam’s Choice” in the late 80s, with advice from Nichol and his team. After leaving Loblaws, Jim White helped create store label goods all over the continent.

Today, one in four products sold in supermarkets are store brands. And that’s partly because American supermarket chains carry more house brands that follow the President’s Choice model. These products all have colorful packages and aspirational names like “Signature Farms” or “Market Cafe.” They look fancier, even if they cost less than the national brands. Entire supermarkets like Trader Joe’s are built around this principle.

The minimal, generic packaging is a lot harder to find today in America. But in Canada, they are still going strong. In 2009, during the last big recession, No Name had an upswing in sales. And at the beginning of the pandemic, there were lineups down the block outside of No Frills stores in Toronto. Because when the economy is bad, that’s when more people turn to a store like No Frills.

Previous Episode: The Revolutionary Post
Next Episode: Where Do We Go From Here?