Urban subway systems can be disorienting, particularly when it comes to changing trains, exiting stations and maneuvering through multiple underground floors. New York City’s network is particularly notorious, a maze on many levels. These three creative projects were all developed in response to its complexity and share a common aim: making the NYC rail system easier to navigate through graphic design.

Launched in 2014, the Efficient Passenger Project was developed to help people get on and off optimal train cars in NYC. The problem: it can be hard to know which car will position a passenger to most easily access their connecting train or desired exit. The solution: a guerrilla intervention using the visual language of the Metro Transit Authority. 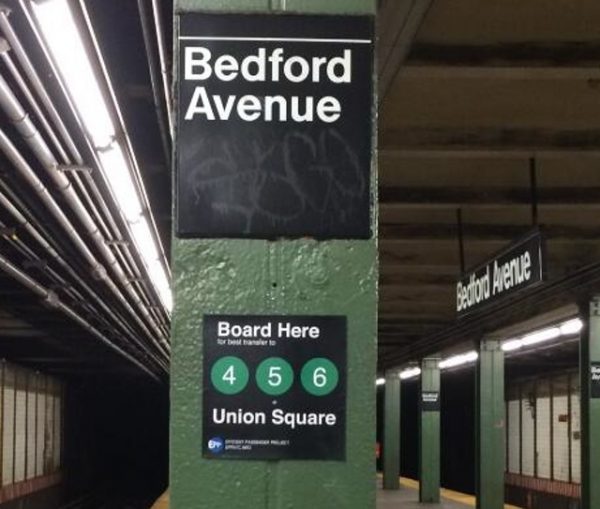 The anonymous creator of the EPP describes the NYC subway system as “a labyrinth of tunnels and transfers and stairways” and explains that the EPP project “is an attempt to kind of rationalize some of that environment, and just make a more enjoyable, faster commute.” 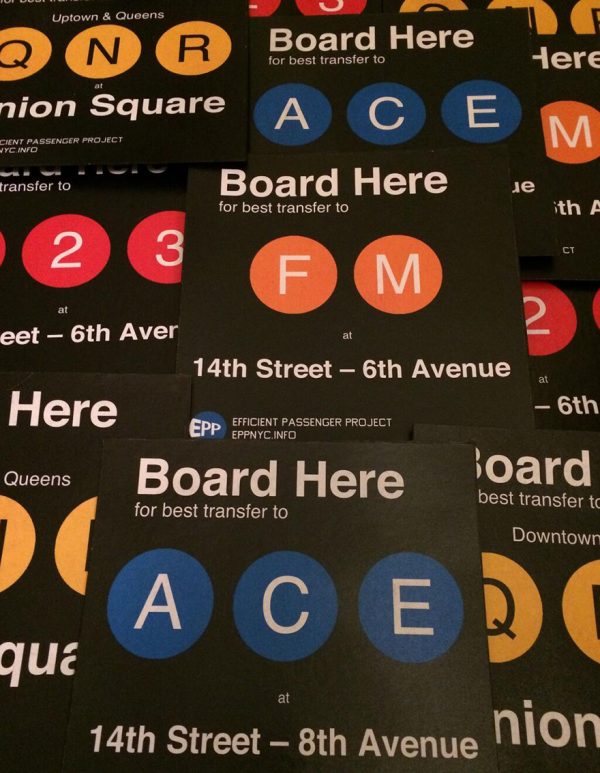 The EPP sign designs incorporate similar typography and colored dots, made to coordinate with existing MTA signage. Still, they were taken down almost as quickly as they were put up. The MTA’s argument: such signs could lead to overcrowding in desirable cars. 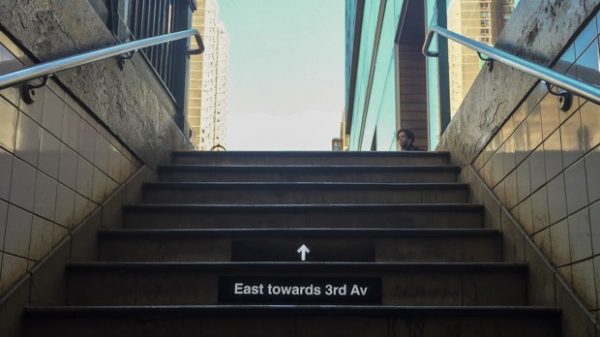 His below-grade interventions were designed to help people choose exits, providing guidance on the directions and destinations of staircases. Situated at eye level, they would be hard to miss. 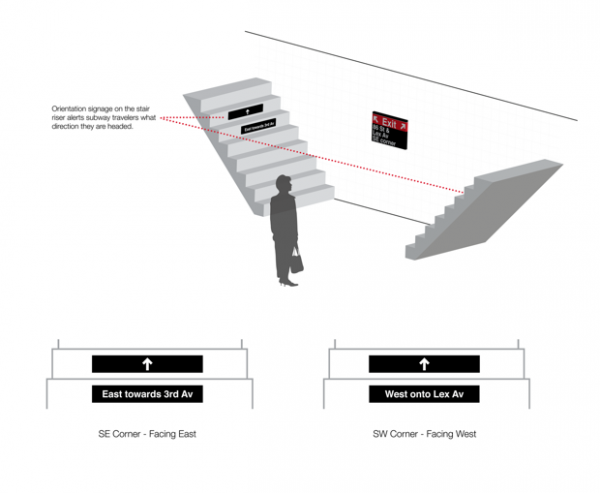 These too, however, were removed by the MTA. In this case, authorities argued that existing signage was sufficient. While that claim is debatable, clearly the MTA is not open to guerrilla interventions.

Over the past few years, architect Candy Chan has been developing a series of graphic designs that handily avoid potential conflicts with the MTA altogether (as they include no on-site interventions). For Project Subway NYC, she has created a growing series of detailed three-dimensional maps to help guide people through NYC subways. 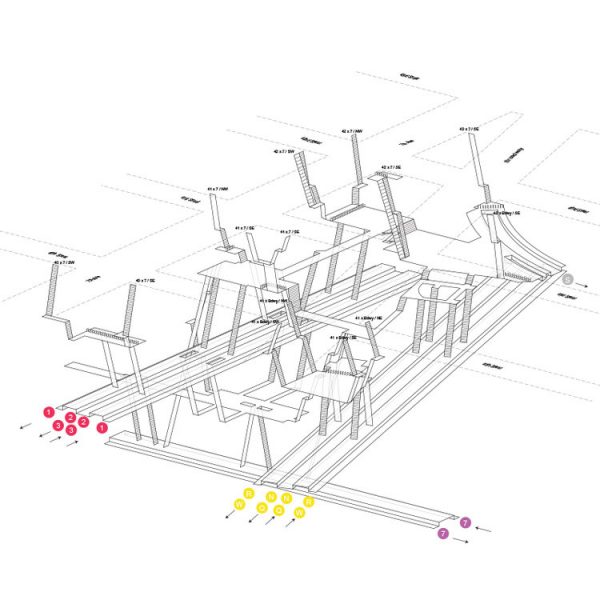 “There is a lot to love and to hate about the subway, but I am specifically interested in the stations themselves,” Chan says, including “signs, stairs, turnstiles, tunnels, platforms, escalators, and the space … in other words, anything between the streets and the trains.” 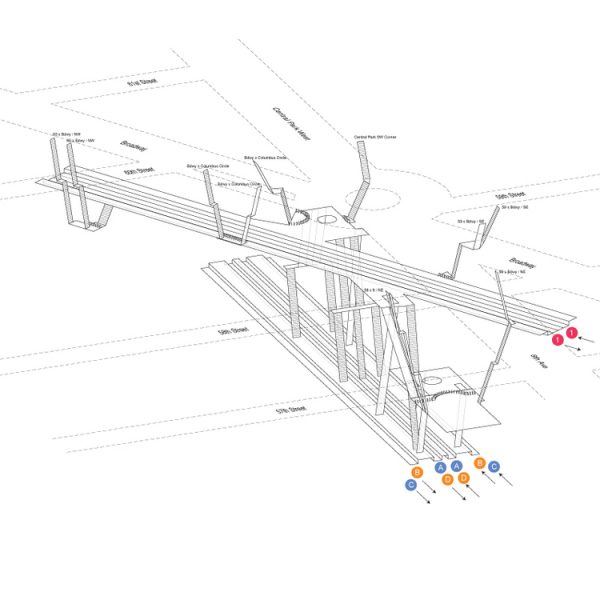 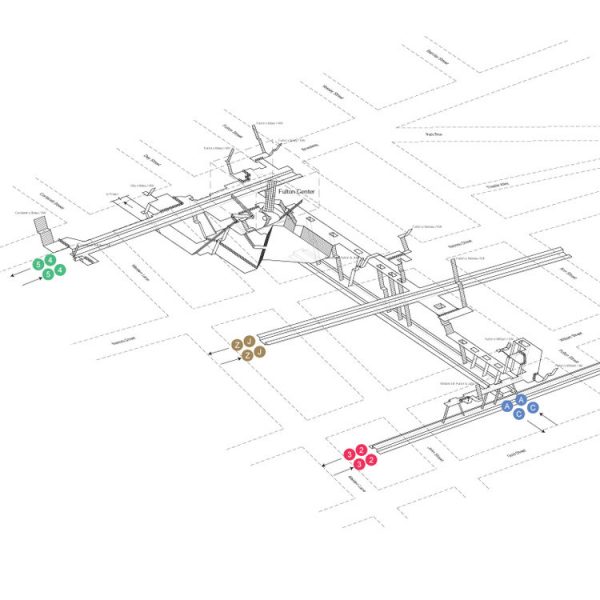 Like Exit Strategy, an app designed to work offline, her renderings can be carried on passengers’ devices, avoiding conflicts with the MTA while also requiring no internet access to use. 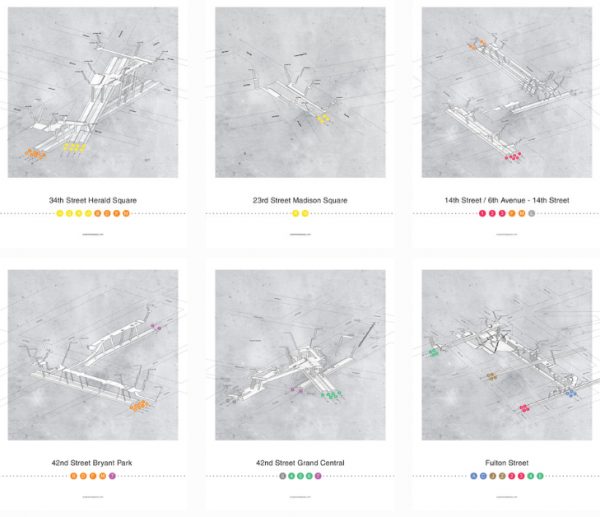 Functionality aside, they make really lovely poster prints as well.

Meanwhile, fans of guerrilla signage should take a listen to Guerrilla Public Service (embedded above) — it is the tale of one man’s quest to correct a prominent but problematic highway sign in Los Angeles.