If you want to follow conversation threads relating to this show on social media — whether Twitter, Facebook, or Instagram, Tumblr — you know to look for the hashtag: #99pi. In our current digital age, the hashtag identifies movements, events, happenings, brands — topics of all kinds. The “#” didn’t always have this meaning, though.

It’s had a few different lives.

The hashtag, as we know it, was born one day in 2007. An early Twitter user named Chris Messina, in anticipation of an event called BarCamp, tweeted out:

“Barcamp” doesn’t really require a hashtag, because if you type “barcamp” (with no space between “bar” and “camp”) into the search box, it’s a specific enough term that you will probably not get too many unrelated hits. But if, say, the event had been stylized “Bar Camp,” a search thereof would also yield results for bars and camps.

The idea was resonant. The “#” was a way to create clear, super-specific search term.

The pound symbol had already pervaded other corners of the web. Internet Relay Chat (IRC) used the pound sign to represent chat rooms, or conversation “channels”; another social network called Jaiku also had them.

For most people, pound symbols looked strange and new. A subset of true believers stood by the sign, and one twitter user called it a “hash tag,” hash being the British name for the sign. Eventually, “hash tag” became “hashtag.”

A few months later, in October 2007, a developer named Nate Ritter was reporting on a wildfire in San Diego, and Ritter was using Twitter to post updates as the story developed. He began related tweets with, “San Diego Fire.” Easy for a human to read, but hard for a computer to sort.

Chris Messina reached out to Nate Ritter and proposed that he use “#sandiegofire.” Then other people looking to find out about the fire would know exactly where to look on Twitter.

This is the moment when everyone realized the power of the hashtag.

Today, the hashtag is a tool used in advertisements, social movements, music videos, memes, TV shows, and in conversation.

In the world outside of Twitter, though, it is still “the number sign.” It has a lot of other uses, too. In chess, it represents a move that results in checkmate. In proofreading, it means a space should be inserted. On Swedish maps, it represents a lumber yard. 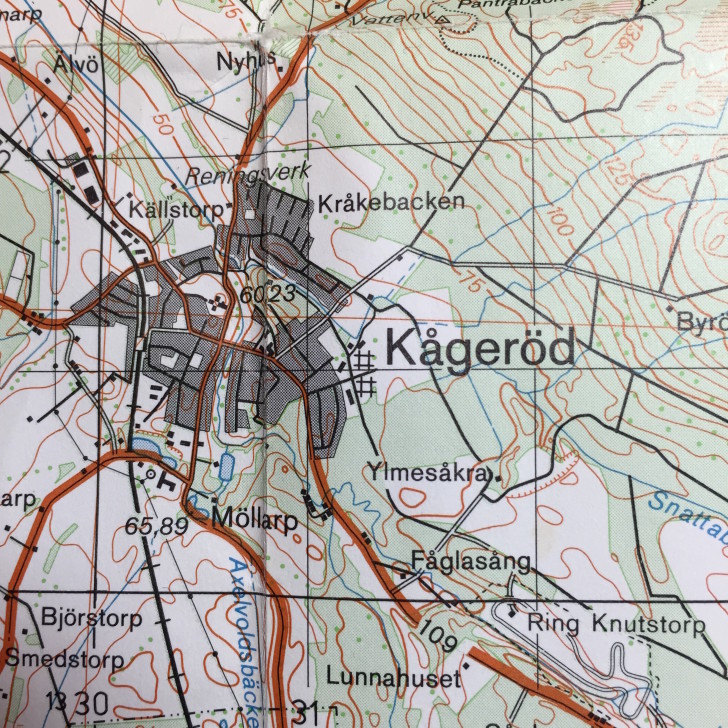 Its story starts with the Latin term Libra Pondo, meaning “pound in weight.” This was abbreviated to lb, which we still use. When lb became standard, it was often drawn with a little bar across the tops of both letters (℔), just to show that the l and the b were connected. As scribes started writing this sign faster and faster, lb began to morph.

Over time, the symbol’s meaning started to bifurcate — it was used for the unit pound, and it also started to be used as a number sign. It was important enough to wind up on typewriter keyboards, which helped it survive.

Fast forward to 1963. the invention of the touch tone telephone.

The touch tone phone used buttons instead of a rotary wheel, and so unlike previous phones, the numbers no longer had to be arranged in a circle on the dial.

Bell Laboratories, a research subsidiary of AT&T, experimented with a few different designs for the telephone key pad. They tried arranging the numbers in two rows of five, in a circle, in a cross, in a step pattern, but ended up arranging the numbers 1 to 9 in a 3×3 grid, and put zero alone at the bottom center.

In 1968, Bell Labs  they decided to add keys on either side of the zero. This would make the keypad into a nice even rectangle, and give users a few more options on a phone menu.

Unlike rotary phones, touch tone phones allow you to continue to dial after the connection has been made, enabling the new telephone systems, such as automated menus. Additional buttons, they realized, could be handy in this regard. They settled on the asterisk (*) and the number, or pound sign (#), mostly because they were symbols that they knew computers would be able to recognize and were already on the standard QWERTY keyboard.

AT&T didn’t know what to call the “#” button in their manuals.

A couple of Bell Labs employees decided to call it an “Octotherp” — a name pretty much pulled out of thin air. (“Octo-” refers to the shapes eight lines that stick out of the sides; “-therp” is completely made up.)

“Octotherp” morphed into “octothorpe” — which, rumor has it, came from someone at Bell Labs changing the name to turn it into a tribute to an olympic athlete named Jim Thorpe.  But no one really knows.

Whatever it ought to be called, Chris Messina chose to use this symbol for collating Twitter searches in 2007 because he wanted a sign that could be input from a low-tech cell phone. He had two options: octothorpe or asterisk. He chose the former.

And that is how the pound sign (or number sign, or hash mark, or octothorpe) came into ubiquity on billboards, promotional materials,  protest signs, and in your annoying friend’s conversations. 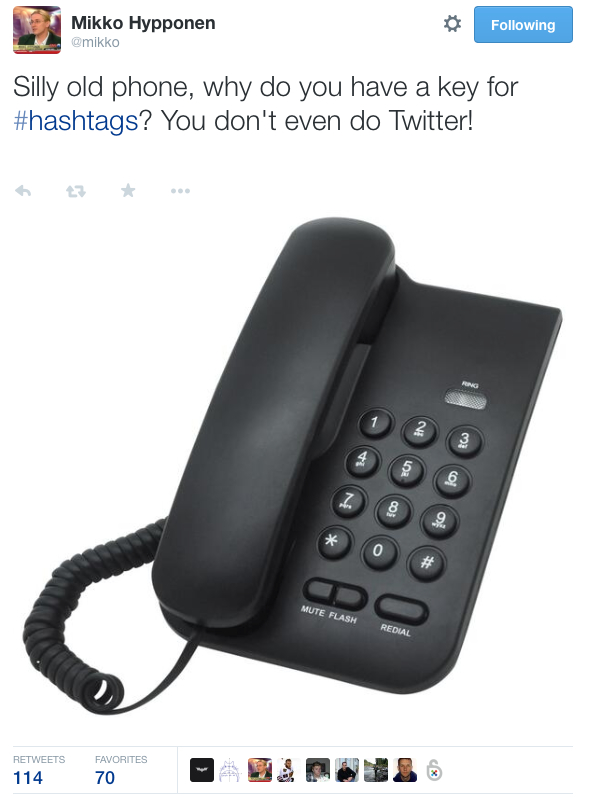 Previous Episode: There Is a Light That Never Goes Out
Next Episode: Mooallempalooza