Currency notes of the world often feature famous figures and monuments, contemporary or historical, from their countries of origin. This is not so in the case of the Euro, for which series of fictional structures were selected instead. In a strange twist of “life imitating art,” these freshly-minted designs would go on to become the basis for a series of real-life structures, meticulously modeled after the fake structures on backs of Euro bills. 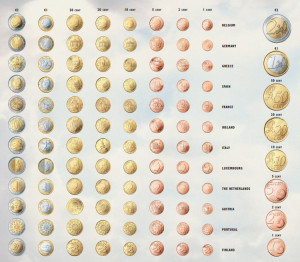 The coin designs had a national side, unique to each participating country and featuring people and places specific to each nation. They also had a common Euro side, standardized across these constituent countries, with maps and symbols of the continent.

The fronts and backs of the note designs, however, were made consistent across countries, which meant they had to represent all members of the currency union, without showing national favoritism. In short: country-specific persons or landmarks were not an option. 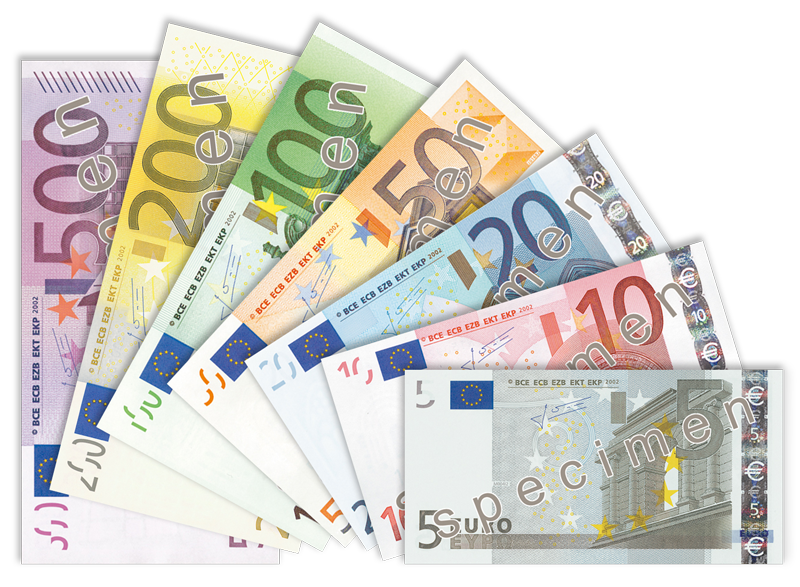 The European Monetary Institute (EMI) made its design selection from the shortlisted finalists of a Europe-wide currency competition, aided by a jury of independent experts in marketing, graphic design, advertising, and art history. The winning banknote design set by Robert Kalina, from the Österreichische Nationalbank (Austrian National Bank), was meant to evoke “the ages and styles of Europe.” 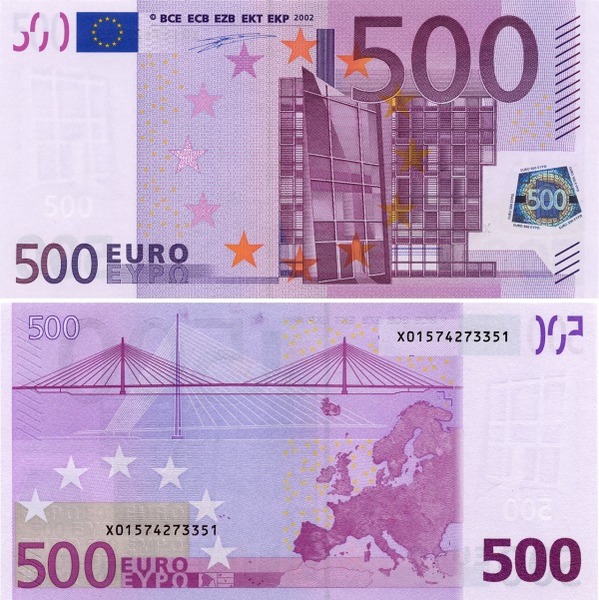 Windows and gateways on the front were presented as symbols of sharing and openness. On the back, a series of bridges were designed to symbolize connections and communication within and beyond Europe. These bridge designs spanned architectural styles from seven periods of Europe’s cultural history: Classical (€5), Romanesque (€10), Gothic (€20), Renaissance (€50), Baroque and Rococo (€100), the Age of Iron and Glass (€200) and Modernism/20th Century (€500).

A decade after these colorful notes began circulating around Europe, Dutch artist Robin Stam started toying with the idea of turning these infrastructural fictions into physical realities in Spijkenisse (a suburb of Rotterdam). With help from designers and engineers, and the blessing of the local civic council, he got to work.

Stam and his assembled team proceeded to build “The Bridges of Europe” as a set of moat-crossing structures around an area housing development. Stam even contacted the European Central Bank (ECB) to secure a letter of approval for the project, which was granted in good humor. The gallery below shows each bridge in order of numismatic value (click to enlarge and see more about each structure):

The resulting set of bridges, arrayed around a small neighborhood, are painstakingly precise recreations of the images on the notes, right down to the bright colors associated with banknote artwork.

Their scale and engineering are somewhat more loosely interpreted. Each bridge is shrunk down to become a pedestrian crossing, and is composed of a cast-in-place concrete structure with a prefabricated facade. Visitors to and residents of the housing area now face a choice: follow the most direct path, or select a preferred bridge based on style, color or perhaps its denomination.

“At first the statement was about how the European Union used the bridges to explain the tight collaboration and communication between all the countries, but the bridges were not even real,” Stam told Der Spiegel in an interview. Though their construction ended up coinciding with increased tensions in the Eurozone, Stam disclaims any connection or otherwise political motivation.

Robert Kalina, the aforementioned designer of the banknotes themselves, expressed amusement at the endeavor, but also a wish that they would have been built a bit more seriously, without the precise color-matching that renders them somewhat kitschy in real life. Of course, future versions could be scaled up as well, spanning rivers instead of moats. We will cross that bridge when we come to it.

99% Invisible
The Colour of Money