It is hard to imagine something so playful rising out of such a time of turmoil, yet tens of thousands of miniature (or: peewee) golf courses emerged in cities during the Great Depression. In fact, conditions of that period helped drive this lesser-known recreational activity’s spread, and have left a lasting imprint on courses to this day. 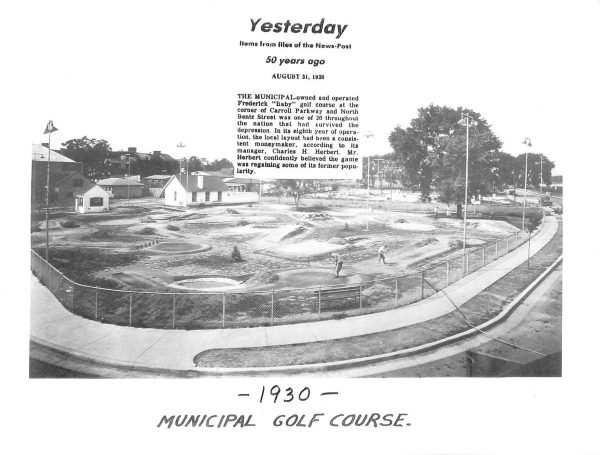 A miniaturized variant of the traditional sport, peewee golf wasn’t unknown in the years leading up to the 1929 economic collapse, but it also wasn’t especially popular. In the early 1920s, the development of better artificial turf helped it gain traction, but it was in the early 1930s that the sport began to take over lots, yards, rooftops, even interiors — some observers called miniature golf “The Madness of the 1930s.” 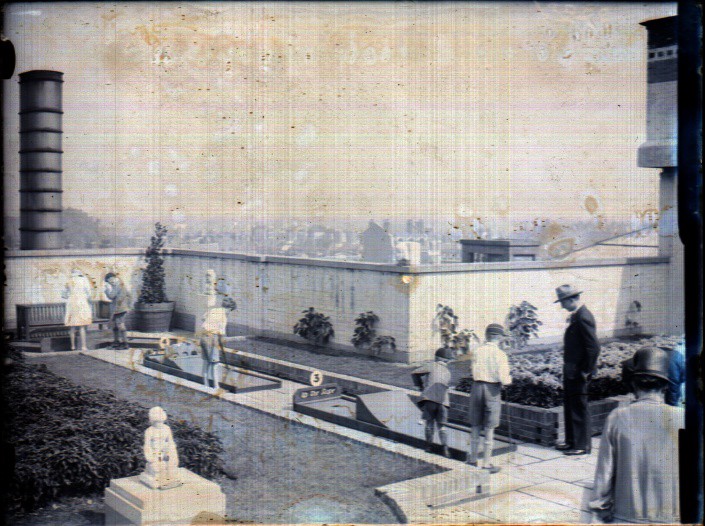 With real estate values plummeting, entrepreneurs began to make miniature golf courses wherever they could and out of whatever they could find. These industrious do-it-yourself creations often incorporated stuff that was handy, including scraps of pipe and other materials from the built environment. Often, on-site dirt was reworked into ramps and valleys as well. Some courses were also positioned alongside billboards or in other well-lit areas to take advantage of free illumination, allowing them to operate at night without additional cost. Rooftop courses became popular in places like New York City, leveraging open-air spaces often devoid of other commercial uses. 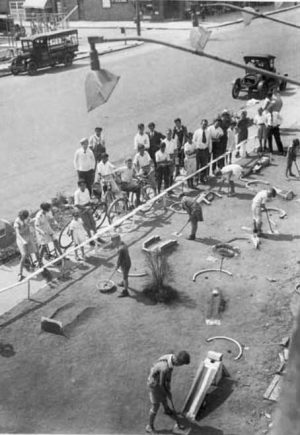 In an article exploring this era of miniature golf, Eric Rogers brings up the concept of “unreal estate” — the idea that when conventional market-driven businesses don’t make financial sense, people will put old spaces toward new uses. With so many businesses closed, urban environments were ripe for low-cost renovations. Simpler mini-golf courses took relatively little time and money to build; many tiny DIY amusement parks took root in unutilized voids. “Incredibly,” writes Rogers, “even upscale restaurants, unable to fill tables in post-crash economic conditions, promptly converted large areas of their floorspace to miniature golf courses, replacing tables that were unlikely to bring in an income.”

Some homeowners turned yards and other available land into courses as well to make extra money, though in later years, zoning laws would make these untenable. More broadly, as the economy recovered, other businesses began to once again take over mini-golf spaces, driving future courses to less central areas where they could still turn profits. 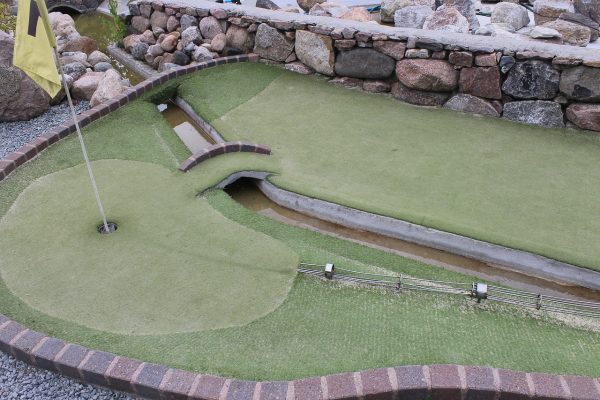 Any student of history knows, of course, that this era was anything but fun and games — the United States was full of hunger and suffering. Still, people needed distractions and recreation, and thus these inexpensive operations became important parts of American life. Even now in the design details of the modern putt-putt course, there are traces of the past in the form of pipes, sand, rocks, bricks and other readily available materials reconfigured to create spaces for play.

The City Museum in St. Louis is both... [Read More]