It’s hard to overstate just how important record album art was to music in the days before people downloaded everything. Visuals were a key part of one’s experience with a record or tape or CD. The design of the album cover created a first impression of what was to come. Album art was certainly important to reporter Sean Cole, especially one particular album by one specific band: Devo.

A lot of people dismiss Devo as a silly band, but they actually took themselves very seriously. In their early days they had this considered philosophy that the human race was in a state of de-evolution (hence: “devo”). A lot of their early songs were about corporate control and blind conformity. But the band members were actually visual artists first. And Jerry Casale, one of Devo’s founders, says that originally they were trying to figure out what devolutionary art would look like.

“We were very, very enamored and put off at the same time by pop culture,” recalls Casale, “like: the lowest end of ad graphics, terrible TV commercials — we were kind of drawn to kitsch.” In fact they would sometimes go shopping for kitschy items, and one such shopping trip led to one of the strangest album cover designs ever created.

The Elvis of Golf

One day, Jerry and his fellow Devo band member Mark Mothersbaugh were walking through the sports section of a department store when they spotted something: a set of practice golf balls in a clear plastic pouch with a cardboard display head. And on that was an illustration of the golfer Chi Chi Rodriguez.

Chi Chi Rodriguez is one of the most famous golfers in history. In addition to being really good at golf, he was a famous showman.

Casale and Mothersbaugh laughed about the image of Chi Chi and decided that they had to have it. One of the things they loved about Chi Chi was that he was a golfer who didn’t fit into the typical “golfer” persona. He wore loud pants, bright shirts and his signature item of clothing was a Panama straw hat. He was quite a character.

Later, as Casale and Mothersbaugh were putting out Devo’s first self-produced single “Be Stiff,” they thought back to that image of Chi Chi on the set of golf balls. The song was this anthem about the “uptightness” of politicians and authority figures, and they thought it would be really funny to put that image of Chi Chi on the cover as a commentary on commercialism.

“Be Stiff” came out in 1978. At this point, Devo still wasn’t famous. Four months later, however, they got their big break. The band signed with Warner Brothers for their first ever full-length album titled Q: Are We Not Men? A: We Are Devo! The irony that the album was about corporate control — while Devo was about to become a Top 40 band with their videos played on televisions across America — was not lost on them.

The band was set on using the picture of Chi Chi on the official album cover. It just evoked the right kind of absurdity. At the time, most albums were designed to show the genre of the music — a rock album had to look like a rock album, a country album needed cowboy hats on the cover and so on. But Devo was so far out of the mainstream as a band that it kind of made sense to have an image of Chi Chi on the front.

About two days after the band approved the album art, however, they received a call from the vice president of business affairs for Warner Brothers — a man named David Berman. Berman was a golfer, and immediately recognized the image of Chi Chi Rodriguez. He was worried about getting the company sued. “California was crystal clear — you can’t use somebody’s name or likeness for commercial purposes without their permission,” he explained to the band.

Casale and Mothersbaugh were disappointed, but they didn’t want to give up. They decided to write Chi Chi Rodriguez a letter and ask his permission. Meanwhile, though, Devo needed a backup plan, and Mothersbaugh had this other image lying around; it was an artistic rendering of the country’s last four presidents — Gerald Ford, Richard Nixon, Lyndon Johnson, and John F. Kennedy — with all of their faces mashed together. “It was just a hideous bizarre face,” says Mothersbaugh. “It had John Kennedy’s hairline and it had Lyndon Johnson’s ears and Richard Nixon’s nose.”

The band brought that image to the Warner Brothers art department with a question: why couldn’t they just mutate Chi Chi’s face so that it didn’t look like him anymore? It was basically like building a Mr. Potato Head toy. They grafted Johnson’s ears, and Nixon’s nose, with Chi Chi’s head and then reversed his mouth. It was approved.

Then, about three weeks later, the band heard back from Chi Chi’s representatives. He actually authorized them to use his image with the stipulation was that he wanted fifty records for the holidays so that he could hand them out to his friends and family. But at this point, it was too late to go back to the original image of Chi Chi. They had already printed the cover. So it ended up looking a bit like Devo had tricked Chi Chi Rodriguez and made him look hideous, which was never the plan.

Give the People a Good Show

While reporting this story, Sean Cole actually managed to get in touch with Chi Chi Rodriguez to ask him for his opinion on the record. It turns out that he wasn’t mad about his image being distorted; he was just happy to help out an up-and-coming band. “I thought that these young people [were] trying to make a career out of it, and I could help them, and that’s it!” For him, it was that simple. “Because I like to do something good every day of my life, and I want to leave the Earth better than I found it,” says Chi Chi simply.

Chi Chi did listen to the record when he received it, but it wasn’t really his style. He’s more of a Frank Sinatra and Nat King Cole guy. When Sean asked him about what he thought about his face being on the cover of an art rock band’s first record, he had the perfect response: “Golf is show business, and when you’re on stage you got to give the people a show,” Chi Chi replied. “And that’s … what Devo did. Devo came out to give the people a good time.” 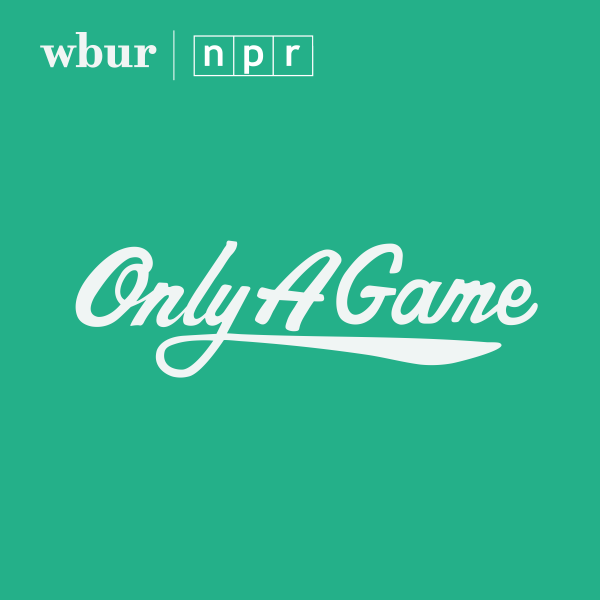 This piece was reported by Sean Cole and adapted for 99% Invisible by producer Emmett Fitzgerald. A different version originally aired on the NPR sports show Only a Game.

Previous Episode: A Year in the Dark
Next Episode: Orphan Drugs