Origin story and symbolism are two of the most important ingredients of any superhero universe. But what happens when both of those pieces of a universe get flipped on their head? 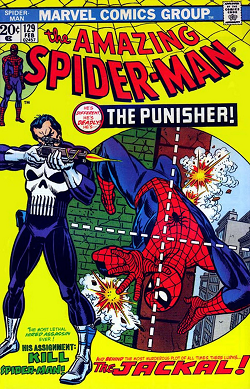 The Punisher has always been a complicated Marvel antihero: a man whose creator imagined him as a reaction to the failures of government at home and in the Vietnam War. So why is the Punisher’s trademark dripping skull insignia — a menacing image used throughout history to denote imminent death — being painted on police vehicles, adopted by members of the military, and donned by white supremacists?

This episode of Endless Thread explores the story of The Punisher’s symbol as a meme, and looks at how well we understand its origins, its use today, and whether its creator — or Marvel — can take it back.

Note: Since this episode was produced, Marvel announced a new Punisher limited series that will feature the character with a new logo emblazoned across his chest.