In our final mini-story set of the season, explore French architectural history through the worlds most famous cycling race; parse fact from fiction in a tale of Benjamin Franklin’s prodigious reputation; and dive into the odd origins of those now-iconic metal fire station poles. 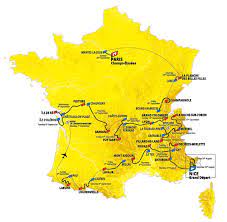 Professional cycling is very different kind of spectacle from most major sports. A race like the Tour de France lasts for several weeks, and each stage can take several hours to complete. This means that the commentators for the television broadcast need to have a lot to say. To fill all that time, they don’t just talk about cycling — and one of the things that they often discuss is the architecture of France.

As the action in the race ebbs and flows, these announcers bounce seamlessly back and forth between updates about the race and descriptions of historic buildings, environments, and events in the regions being raced through, with digressions like the following: “This is the valley where in 218 B.C., Hannibal came through here with 90000 men and 10000 horsemen and thirty seven elephants on his way back home …. It was pretty tough for the elephants, I have to say …. once they got over the top because fortunately, with their large pads, they didn’t slip too much on the snow.” 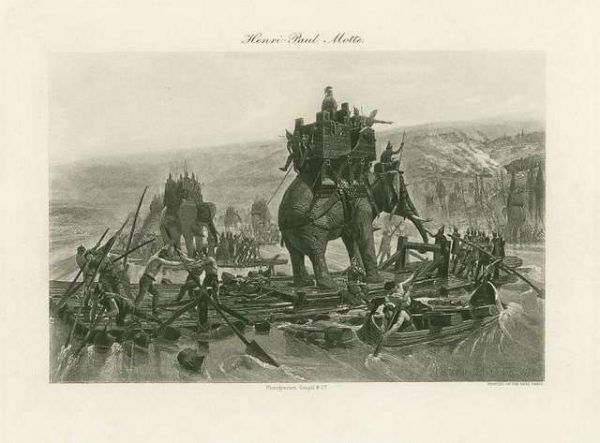 English sports commentator Phil Liggett is one of the most famous announcers in cycling, and was featured in the recent documentary Phil Liggett: The Voice of Cycling. One day he was working with a fellow commentator, Paul Sherwen, when Paul cracked a joke about an old work of architecture. Sherwen knew some fun facts about the building because he had lived in France during his days as a professional cyclist. But after that, the two commentators started adding bits of architectural and historical commentary to their broadcast, in part because they felt it was a way to sell cycling to a more global audience.

When the Tour de France picked up on what they were doing, they began to realize that they could use this to their advantage, and attract international attention with all of the beautiful footage and descriptions of buildings and villages along the race route. At the time, some French people weren’t thrilled about all of the road closures around the Tour, but this turned things around: instead of being a drag on local businesses, the race could bring in travelers from abroad. 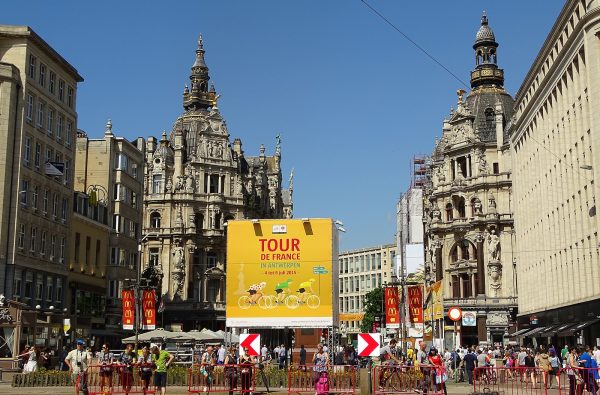 The Tour eventually started producing a book for commentators like Phil called the Speaker’s Guide to the Tour de France. It’s a compendium of fun facts that they could use rather than having to do all their own research. It broke down the stages of the event, region by region, packed with information about mountains, flora, fauna, towns and buildings. The book helps commentators like Phil come up with insightful things to say about the abbeys and chateaus that the cameras pan over. All of this, in turn, has changed how the Tour works and is viewed from a public and economic perspective.

Towns now pay money to have the race routed through their streets. And fans write in asking for the route details so they can visit places they’ve heard Phil lovingly describe on television.