Four times every day, on radios all across the United Kingdom, a BBC announcer begins reading from a seemingly indecipherable script. “And now the Shipping Forecast issued by the Met Office on behalf of the Maritime and Coastguard Agency,” says the voice over the wire. “Viking, North Utsire; southwesterly five to seven; occasionally gale eight; rain or showers; moderate or good, occasionally poor.” Cryptic and mesmerizing, this is the UK’s nautical weather report. 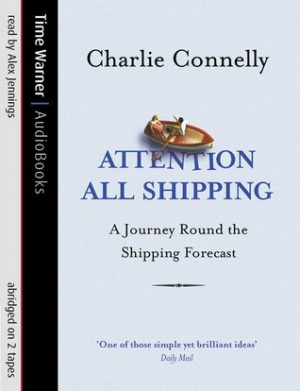 The Shipping Forecast is “part of the culture here,” muses Charlie Connolly, author of Attention All Shipping: A Journey ‘Round the Shipping Forecast. “It’s a much loved institution. People regard it as poetry.” Connolly grew up listening to the forecast. Even now, as an adult, he sets his alarm so he can tune into the early morning forecast.

The story of this radio program starts (well before the BBC itself) in the 1850s with a man named Admiral Robert FitzRoy. He was the captain of the Beagle, the ship that brought Charles Darwin to the Galapagos.

FitzRoy had a long, sometimes controversial career, but later in his life he became fascinated with the study of weather prediction.

In FitzRoy’s time, lots of ships sank at sea due to weather. People were just beginning to understand the connection between air pressure and storms, which piqued the captain’s interest. So when he was appointed head of the nation’s new Meteorological Office, he poured all his energy into the study of air pressure. He had a barometer, and he would use it to try and figure out what was about to happen with the weather.

Then, one day in 1859, a ship called the Royal Charter was sailing from Australia to Liverpool. Many of the passengers on board were miners, returning home from the Australian gold mines. A big storm blew in and FitzRoy, who was sitting at home in London at the time, saw on his barometer that the pressure had dropped, but had no way to warn anyone. The Royal Charter sunk, and over 450 people drowned. FitzRoy was filled with guilt. He wished he could have done more to warn people, and decided to devote his life to saving lives at sea by predicting the weather.

Worried that people might associate his predictions with some kind of esoteric witchcraft or superstition, FitzRoy avoided the term prophecy in favor of forecast, and coined the phrase “weather forecast.” He delivered his forecasts by telegraph around the United Kingdom, where signal flags were hoisted in harbors to warn ships heading out to sea. Eventually his forecasts were published in the newspaper, and while they were often ridiculed by readers at the time, they were pretty accurate, and they became indispensable for sailors and fishermen. 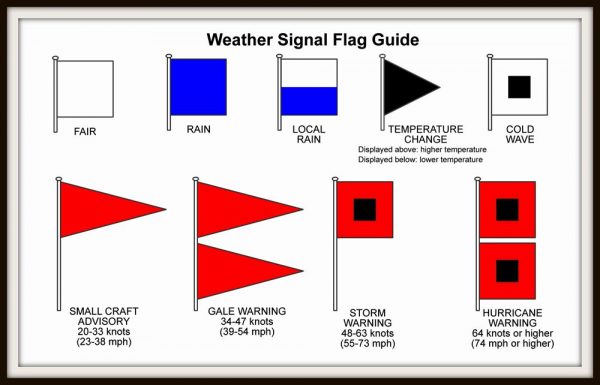 Decades after his death, FitzRoy’s forecast would expand its reach and become a British spoken word love poem to the sea, all thanks to a new technology: radio. Two years after the BBC was founded in 1922, their first Shipping Forecast went out. Various announcers have voiced these forecasts over the century since.

Peter Jefferson worked for the BBC for decades starting in the 1960s as a news announcer — and one of his jobs was to read the forecast. He had heard it as a radio listener, but never imagined he would be the one reading it. At first, he didn’t even understand what he was reading. He was not a sailor and the forecast sounded like nonsense to him. He just read the words in front of him as best he could.

Eventually Jefferson learned that numbers are wind speeds, directions refer to the wind and the isolated adjectives like “good” or “poor” are descriptions of visibility conditions. And all those whimsical nouns are real places, regions of the ocean around Great Britain named by the Met Office. Some are named after coastal towns, islands or sandbanks. “There’s one called Rockall,” Jefferson learned, “which literally is a rock sticking out of the sea inhabited by seagulls [and] nothing else.”

Sailors know how to decode the Shipping Forecast and derive important information from it. For most citizens, though, it’s not particularly helpful. Yet there is something in it that appeals to even landlubbers. “Many people find the words and the I suppose the tone and the pace quite mesmerising in a way,” says Jefferson. It’s soothing. In fact, many people tune into it at night because it helps them go to sleep, that pleasant radio voice lulling them into oblivion.

Online, people have strung together Shipping Forecasts to form long videos. In comment sections, all these fans describe how they use the forecast to help fall asleep. Realistically, providing a soothing bedtime story might be forecast’s primary function at this point. These days many sailors have weather radar on board and smartphones with internet access. And yet, decade after decade, the BBC continues to broadcast the forecast every single day at the exact same times, and Brits have come to count on its presence — even minor timing changes have caused listeners to protest.

Over his decades-long career, Peter Jefferson became one of the most recognizable readers of the Shipping Forecast, his voice a kind of metronome for sailors and insomniacs alike. He had all kinds of other responsibilities at the BBC, but could never really escape his association with the forecast. And then one day, after learning some bad news, he made a mistake. He had just been diagnosed with cancer, and stumbled during a transition on the air. “I thought I had closed the mic,” he recalls, “but I hadn’t and I said “oh f***” … and unfortunately it went out … and I followed it shortly afterwards.” He was fired.

The BBC has consistently maintained that they didn’t fire Jefferson because of this slip. He had been around for a long time and they wanted to get some fresh faces in the building. As for Jefferson: he had already been thinking of quitting, so it wasn’t a huge blow. 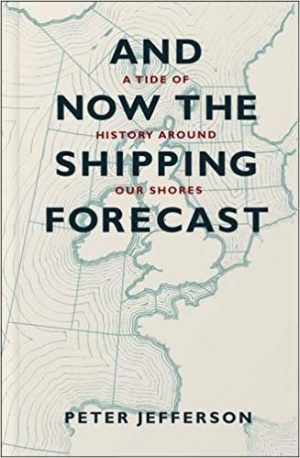 The forecast must go on, of course, and it does. Charlie Connelly thinks it is important for more than just the weather — it reminds people that they belong to a maritime nation. He goes so far as to compare the forecast to epic works of national literature — a “national epic” with new chapters written every day, four times a day, by a bunch of meteorologists in an office block somewhere.

Meanwhile, for Peter Jefferson, getting fired was not the end of his relationship with the Shipping Forecast. It gave him time to write an entire book about it, and recently he recorded a version of the forecast for the meditation app Calm (then, later, a reading of the GDPR).

Calm produces what they call “sleep stories” for people to listen to before bed, and they hired Jefferson to read the Shipping Forecast for this series. He read the forecast from his last day at the BBC. It was a pretty quiet day weather-wise. While it isn’t saving lives at sea, Peter says helping people get sleep is a very honorable profession.

Previous Episode: Everything is Alive
Next Episode: Built to Burn