If you look around you right now, about 90% of what you’re looking at came to you onboard a cargo ship—your television, your sofa, most of the stuff in your kitchen. But as the number of these cargo ships has increased, so has a problem: workers stuck on ships that have been completely abandoned by the owners, leaving them stranded out at sea without basic supplies like food.

In some cases, seafarers (that’s the industry term for cargo ship workers) have been stuck on these abandoned vessels without enough supplies for months, or even years. There are about 50 of these situations on the International Transport Workers Federation’s official database, but a lot of cases go unreported so the real number is probably higher. There are abandoned ships all over the world, particularly in the Middle East and the people on them describe feeling like they’re in prison—surrounded on all sides by water and trapped in a strange legal no man’s land.

When Mehmet Gulsen first boarded a cargo ship called the Kenan Mete in 2019, he thought he was signing up for a pretty standard 7-month contract, and then he’d be back home with his 4-year-old daughter and his dog. The Kenan Mete employed 24 other seafarers and Mehmet was third in command, just below the captain and the first officer. Mehmet had no idea the calamity in store for him, but in retrospect, there were a few red flags. Sometimes the workers didn’t get paid on time, and the ship—which was built in 1990—was a little run-down. And then, on what was supposed to be the last leg of Mehmet’s trip, the ship pulled into a port at the mouth of the Suez Canal in Egypt with around 7,000 tons of cement to deliver. But when they arrived at the port, they were told by the staff manager that the owner of their ship didn’t have the money to pay their salaries or the port fees and that they’d have to wait.

Mehmet hadn’t been paid since January and now it was June so he and some other crew members decided to protest by stopping a lot of the basic maintenance work they were doing to keep the ship in reasonable shape. This would make it almost impossible for the owner to sell the ship or use it again. Mehmet says the owners made various threats that they would have the crew thrown in jail. Eventually, though, the owners just went silent. They stopped communicating with the ship entirely.

“Nobody cares about them and they are truly abandoned by their state, by everybody else,” says Laleh Khalili, a professor of international politics at Queen Mary University in London. She just finished writing a book about the shipping industry in the Gulf called Sinews of War and Trade. Khalili says that the main motivation for seafarers to stay on an abandoned ship is that if they leave, they may end up forfeiting all of their wages. 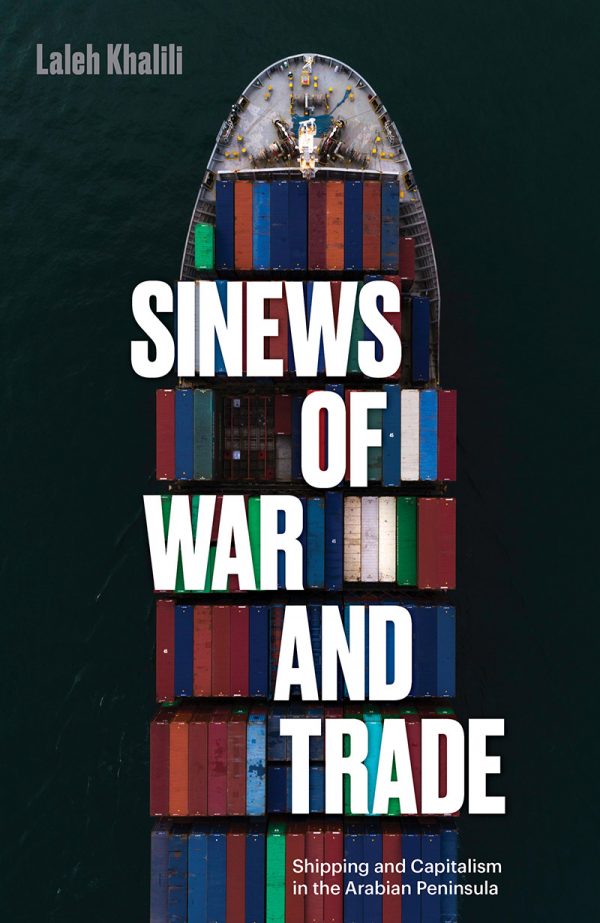 Ship abandonment tends to happen with smaller shipping companies that operate at very thin profit margins. If the owner runs into financial trouble, they may not have the money to pay their crew or any of the other costs involved in running a ship such as fuel, port fees, etc. Generally, seafarers make anything from $500 to $6000 a month depending on their position. It’s more than most of them feel they can make in their home countries, which is why they’re willing to put up with a job where they don’t see their families for months on end. Additionally, a lot of seafarers take out loans against the money they expect to earn working on ships, so in some cases, they start these contracts already in debt. Beyond the hope of eventually getting paid, Khalili says seafarers stay on these abandoned ships because a lot of countries just won’t allow them to come onto land. If the seafarers aren’t paid they may not be able to afford to get back to their homes and would become stranded in a country that does not want to support them. Essentially, no one wants to claim responsibility for these abandoned crews.

When the shipowners disappear, it can be hard to figure out what higher entity to appeal to because the ships are often flying what’s called “flags of convenience.” Until the 1920s, ships generally had to follow the regulations on working conditions and pay and taxes according to the country of origin. So a British ship flying a British flag would have to follow UK laws, and American ships followed American laws. But during American prohibition in the 1920s, ship owners started to realize that they could evade US laws against transporting alcohol if they registered their ships in Panama. By doing it this way, they also avoided a lot of US taxes and minimum wage requirements. Soon, more and more ships started to do the same.

The US and the European Union eventually adopted stricter rules that restrict ships flying flags of convenience from entering their ports, but in many countries, the practice is still common. Today, around three-quarters of ships worldwide fly a flag of convenience.

In Mehmet’s case, his ship the Kenan Mete was owned by a Turkish company but was registered under a Panamanian flag.  As June rolled into July, the crew sat on the ship and waited, hoping for some kind of resolution. The crew didn’t realize it at the time but they were entering into a kind of sunk cost black hole. The more time that passed, the more they felt like all that time would be wasted if they got off the ship now, without being paid. So they kept waiting. If they could tough it out, there was a good chance the insurance would pay out, or the owners would be taken to court and forced to pay their salaries, but it was impossible to tell how long that would take.

By August of 2020 things had gotten more dire on Mehmet’s ship, the Kenan Mete. They couldn’t pull into port to restock provisions without paying the port fees, which they didn’t have, and they were running out of food. The crew was rationing and fights began to break out.

Eventually, the crew of the Kenan Mete was able to get the support of an organization called the International Transport Workers Federation (ITF), which is a labor organization that offers help to abandoned seafarers. Mohamed Arrachedi is the Arab World and Iran coordinator at the ITF. Arrachedi spends his days in an office doggedly phoning and emailing ship owners and organizing legal cases against them.
Arrachedi tries to reach out to the owners of these ships, and when he can’t, he’ll start putting pressure on whatever country the ship’s flag represents.

When Arrachedi first heard about Mehmet’s ship, the Kenan Mete, it was June of 2020. Luckily, the ship had insurance and Arrachedi was able to get them to cover basic supplies for the seafarers stuck on board and four months of lost wages for the crew (around $120,000 in total). But when he began trying to arrange for the seafarers to go home, he ran into a wall of complications from the Egyptian port authorities. They didn’t want to risk the ship being left in the port unmanned and totally abandoned, because then it’d become their problem.

Ultimately Mehmet’s ship’s case went to court in Egypt and Arrachedi’s organization, the ITF, appointed and paid for their lawyer. It was decided that the crew should be allowed to leave in phases. In the last week of December, right before Christmas, Mehmet finally stepped off the Kenan Mete in Egypt and got on a flight home to surprise his family. Eventually, all but one of the crew members on board the Kenan Mete were repatriated to their various home countries, but the situation still hasn’t been totally resolved. Because of the rules in Egypt, the captain is still there but has been moved to a hotel near the port.

One Ship at a Time 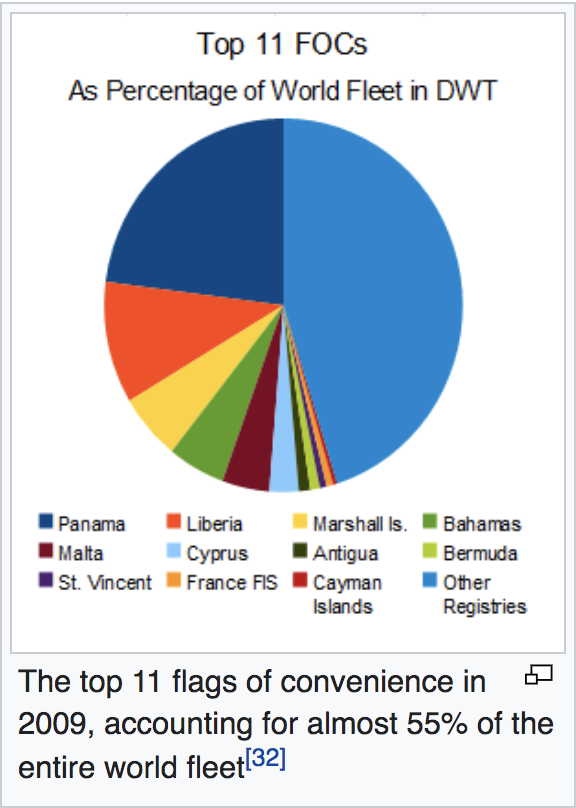 In another part of the Middle East, Andy Bowerman, and his organization, Mission to Seafarers is also working with abandoned cargo ship crews. Bowerman says one reason these situations take so long to resolve is that the shipowners are trying to sell the vessel and get the best price possible, because they owe so many different people money.

Bowerman is working on a law in the United Arab Emirates that would give port authorities power to take ownership of a ship 60 days after abandonment. That way they could auction it off and the seafarers could go home much more quickly.

If individual countries can enact regulations that ban things like flags of convenience, and strengthen labor unions, that will also help ship abandonment cases go down. These are the kinds of things that have already made abandonment relatively rare in Europe and the U.S.

But until more of those bigger structural changes occur, the work for people like Andy Bowerman and Mohamed Arrachedi will happen one ship at a time.

This episode was adapted by 99% Invisible from the podcast Kerning Cultures.

Seen but not Heard: Craftily Designed “Silent Props” for...

Snaps, crackles, pops and other unwanted sounds can... [Read More]