People often associate the Acme Corporation with vintage Road Runner (and other Looney Tunes or Merrie Melodies) cartoons in which wild failure-prone products are used to comedic effect — things like jet-propelled unicycles, invisible paint, instant roads and giant rubber bands,  But in reality, the “Acme” name can be traced to actual brands.

In the late 1800s and early 1900s, “Acme,” from a Greek word for “peak, zenith or prime,” became a popular word in business titles. The cartoon association with bad products was intentionally ironic. 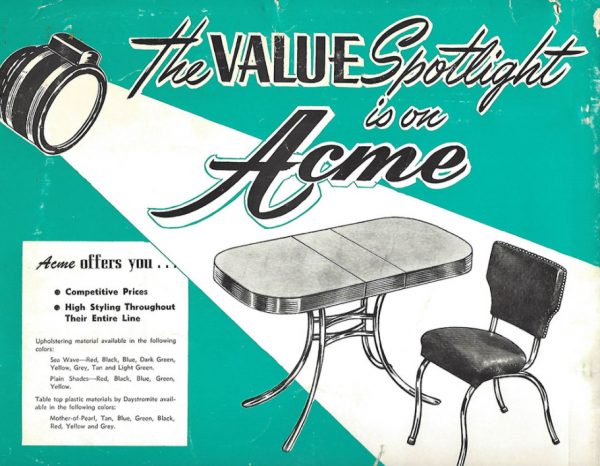 For real businesses, Acme conferred certain advantages when used at the beginning of a name. High placement in alphabetical Yellow Pages listings helped lead to the formation of companies like Acme Boots, Acme Brick, Acme Markets and others along similar lines. And as Warner Brothers was making its now-classic shows, there was even an Acme Traffic Signal Company making traffic lights in Los Angeles.

Acme companies would go on to appear in I Love Lucy, Tiny Toon Adventures, and play a critical role in Who Framed Roger Rabbit, a film created at the intersection of cartoons and the real world. And that blurring between fictional and real is by no means limited to Acme.

Morley: The Truth is Out There

Growing up watching American movies and television, it would be easy to imagine Morley as the nation’s cigarette brand of choice. Packs first showed up at the end of Alfred Hitchcock’s Psycho in 1960 and subsequently in other films over the decades. 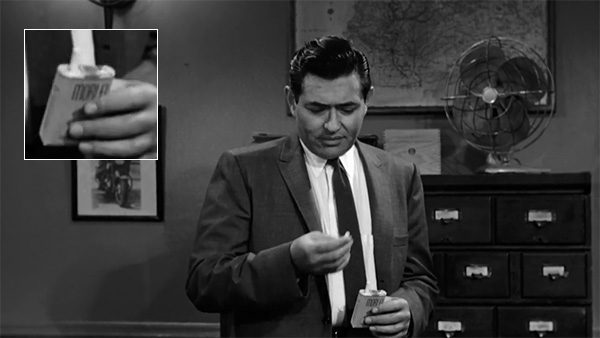 In a way, Morley itself has become a kind of “cult classic,” and in some cases it has even played heavily into the plots of series. In The X-Files, for instance, the elusive “Cigarette Smoking Man,” played by William B. Davis, famously chain-smokes Morleys. And in one episode Agents Mulder and Scully even visit Morley Tobacco’s headquarters.

Fictional brands can play all kinds of roles for various reasons. Sometimes, they draw inspiration from real brands. Morley’s physical and alliterative resemblance to Marlboro is surely not coincidental — it serves as a semi-familiar placeholder, but also won’t be confused for a product placement. Restrictions on tobacco and alcohol sponsors have also increased demand for related fakes over time.

Where really generic brands may be distracting, carefully designed alternatives can simply blend into the background. Alternatively, generics can also be used for dramatic effect (as in Repo Man) or to tell specific stories about the imaginary worlds they exist within.

In other cases, fake brands can serve to satirize real ones — consider the multinational E Corp (often referred to as “Evil Corp” by Elliot) in Mr Robot. The tilted ‘E’ logo bears an uncanny resemblance to Enron’s, a mega-corp often associated with an infamous scandal.

In recent years, “reverse product placement” has brought some once-fictional brands to life as well, through “defictionalization” or “productization.” Seeing the popularity of fictional products, savvy marketers and manufacturers have trademarked “protobrands” (like Duff Beer from The Simpsons) and made them commercially available.

Entire businesses have even grown up around this approach. Founded in the early 2000s by a graphic designer, Omni Consumer Products takes its name from a fictional company featured in RoboCop but (ironically) produces real products. Their creations include Tru Blood, a beverage based on an HBO series and Sex Panther, a cologne designed for Anchorman: The Legend of Ron Burgundy, as well as Stay Puft Marshmallows from Ghostbusters and Fight Club soap.