In Robert Charles Wilson’s science fiction work The Chronoliths, huge monuments begin appearing around the world — but they aren’t built in the present, rather: they are being sent from the future. It is a novel premise, but also reminiscent of a series of monuments to anti-gravity research that cropped up on college campuses over 50 years ago. 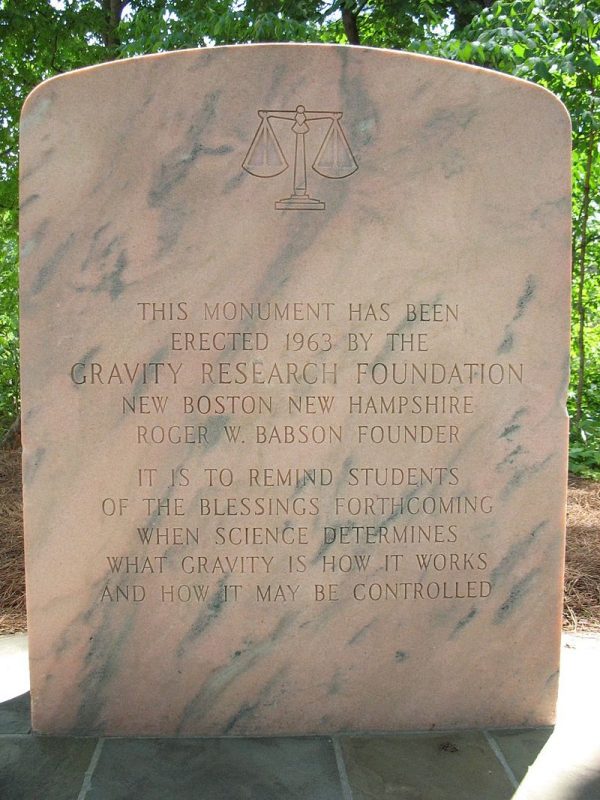 They look a bit like gravestones, but are inscribed with various odes to unrealized gravity-related innovations, like: “It is to remind students of the blessings forthcoming when a semi-insulator is discovered in order to harness gravity as a free power and reduce airplane accidents.” Their placement at colleges was linked to “gravity grants” from a foundation. 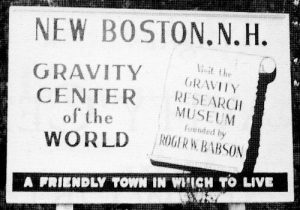 Entrepreneur and investor Roger Babson founded the Gravity Research Foundation back in 1948, apparently at the suggestion of Thomas Edison. According to his essay Gravity – Our Enemy Number One, Babson’s interest dated back to his sister’s childhood death by drowning. Babson was eccentric but ambitious, and quite successful at investing, hence his ability to fund things like anti-gravity research.

Babson was also a philanthropist, if an odd one. During the Great Depression, he charitably hired stonemasons to carve inspirational inscriptions into boulders in Dogtown, Massachusetts, with phrases like “KEEP OUT OF DEBT” and “GET A JOB” (perhaps sparking a longer-term interest in creating stone monuments). He was also the Prohibition Party’s candidate for President of the United States in 1940, so it seems safe to assume he was serious and sober about his pursuits. 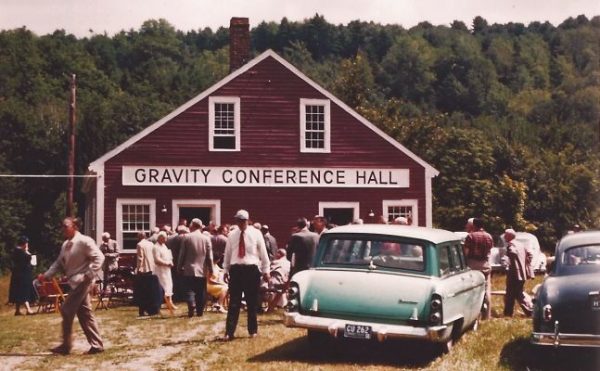 In the late 1940s, his foundation started holding meetings and offering prizes for gravity-related research. After Babson’s death in the late 1960s, they broadened their mandate a bit, pursuing more general studies of gravity. Four of the foundation’s awards have since gone to famous Nobel Prize-winning physicists, including Stephen Hawking. 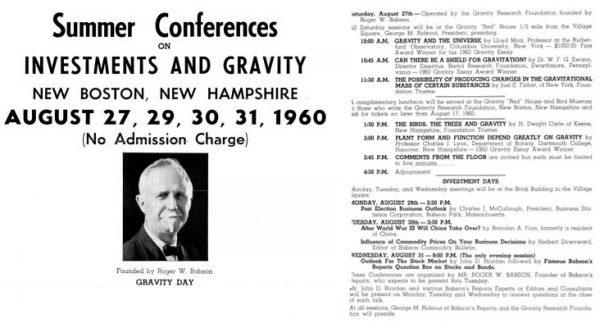 Today, many of the gravity research monuments remain, though they have been reportedly subjected to numerous pranks over the years — these include attaching balloons to the stones, tying them down with ropes and setting them up on buildings. Gravity research is clearly a source of levity for some, if not actual levitation.

Special thanks to 99pi fan Paul Davey for tipping us off about this story. And remember to always read the plaque.