The urban environment can look very different depending on the lens we use to examine its contents. “My approach was to observe the stray cart in the way that a naturalist might observe an animal,” explains Julian Montague of his Stray Shopping Cart Project. He notes that he “never posed or repositioned or interfered with stray carts. He also wanted to do more than just a “conventional social documentary photography” series, so he came at things from a different angle. 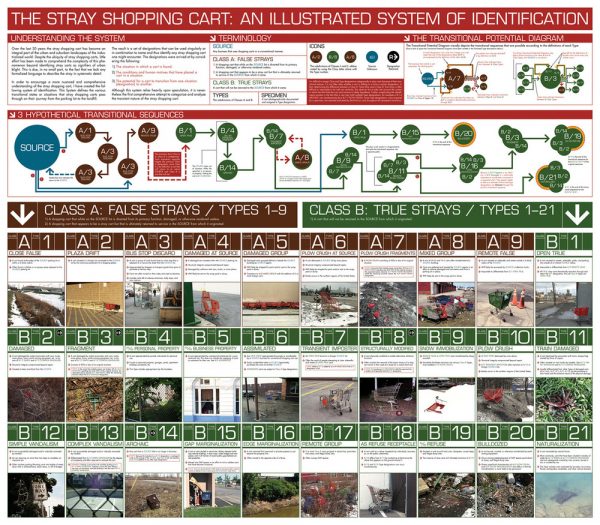 Since the early 2000s, Montague — a New York-based artist, graphic designer, illustrator, and photographer — has not only documented shopping carts across the United States (and beyond) but has also evolved a novel categorization system along the way.

“Unlike a Linnaean taxonomy,” he explains, “which is based on the shared physical characteristics of living things, this system works by defining the various states and situations in which stray shopping carts can be found.” By necessity, this means speculating to some extent, going beyond observation of visible locations, features and states to make determinations about future uses and outcomes. 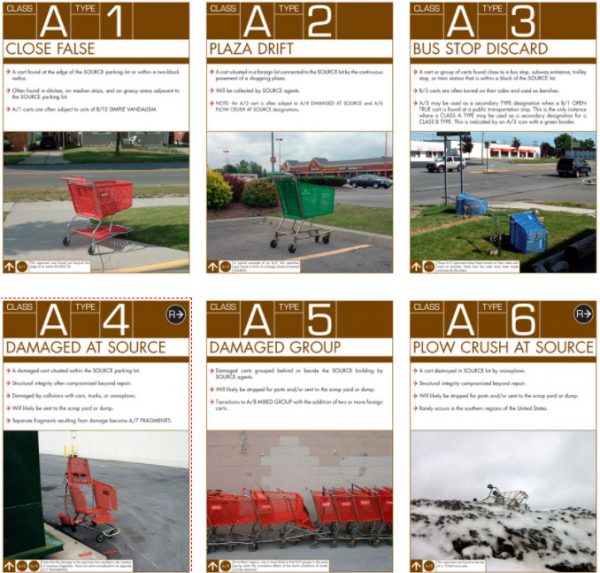 Within those, there are various types: Plow Crush at Source, Plaza Drift and Bus Stop Discard, for instance, fall into class [A]. Under class [B] are carts that have become Personal or Business Property, Snow Immobilized and Structurally Modified. Some are also Assimilated, added to collections of carts from other stores or shopping centers. The artist has created 33 subtypes in total over the years. 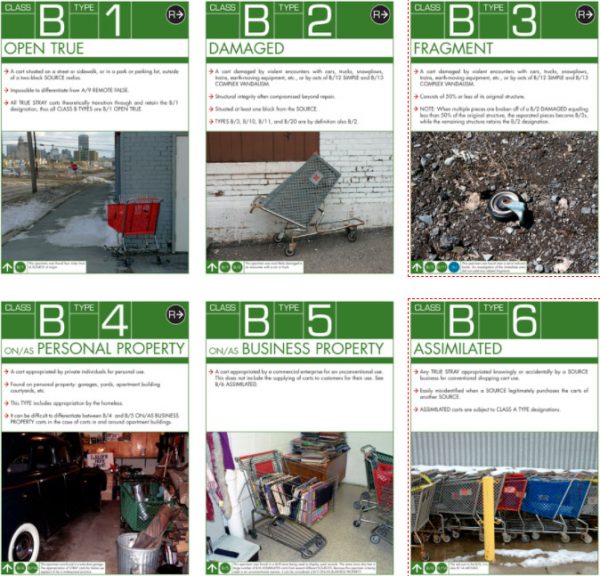 “Although it was not clear to me in the early stages,” Montague writes, reflecting on his work, “I soon realized that the project was exploration of the ways in which language and scientific systems of classification shape our perception of both the natural and man-made worlds.” And “by establishing an authoritative voice that names the unnamed and articulates (in absurd detail) the workings of a mundane phenomenon, the project can manipulate the viewer’s perception of stray shopping carts by developing a sensitivity to them.” 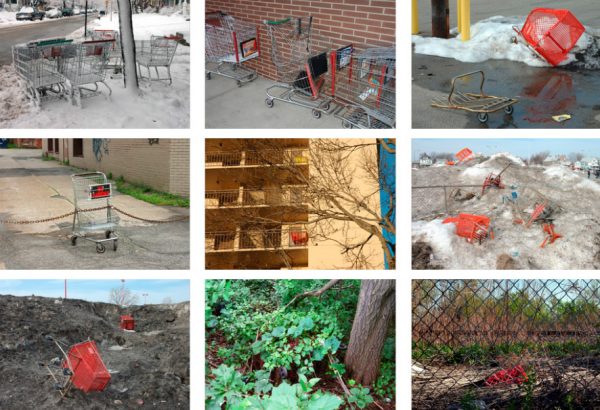 Over the years, Montague has exhibited prints of his photographs, produced sculptural installations and even compiled a book: The Stray Shopping Carts of Eastern North America: A Guide to Field Identification, which “represents the most complete conceptual manifestation of the project” and “also has the distinction of winning the Diagram/Booksellers Prize for the oddest Title of the Year 2006.” You can also read more about this project on his website.

99% Invisible
Shopping Around: How Folding Basket…

Previous Episode: Shadows from the Walls of Death: Studying Poisonous Pages of a Lethal Book
Next Episode: Plaques of Future Past: Eccentric Stone Monuments to Anti-Gravity Research