The shopping cart has become an icon of consumer culture, a ubiquitous symbol of retail in physical stores as well as online. Carts revolutionized the way people shop, but they weren’t an instant hit. The creator of “folding basket carriers” actually had to hire people to push them around his store to get shoppers using his novel invention.

The idea was in part a response to the changing nature of shopping in the early 1900s. With the rise of one-stop shops and decline of home delivery, especially during the Great Depression, there was a growing need to help shoppers carry more things in stores. 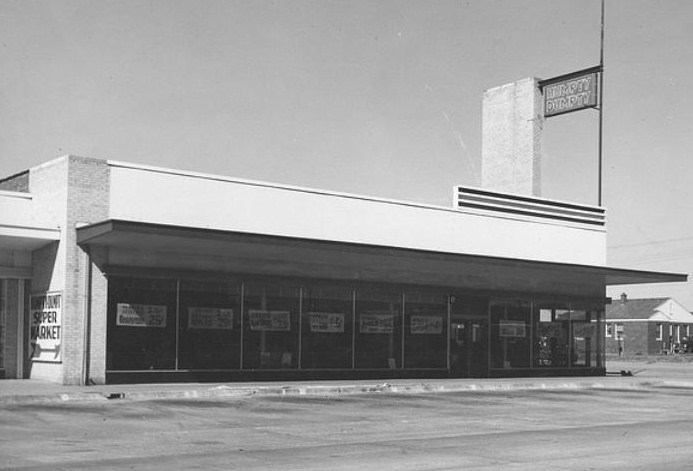 So in the mid-1930s, supermarket owner Sylvan Goldman began toying around with ways to help shoppers move groceries through his chain of Humpty Dumpty stores in Oklahoma. His first contraption was cobbled together from existing objects, made up of a folding chair with a basket on the seat and wheels attached to the legs.

That ability to fold was a big part of the cart’s appeal, as it would help retailers save space when the devices weren’t in use. Goldman patented a mass-producible version made of metal in 1940, with the objective of providing “a novel lightweight easy to handle multiple rack equipped roller supported carriage, the preferred embodiment being characterized by a dependable structural assemblage which is rigid and reliable when erected for use, and compact and convenient when folded for storage in an out-of-the-way location in the establishment.” 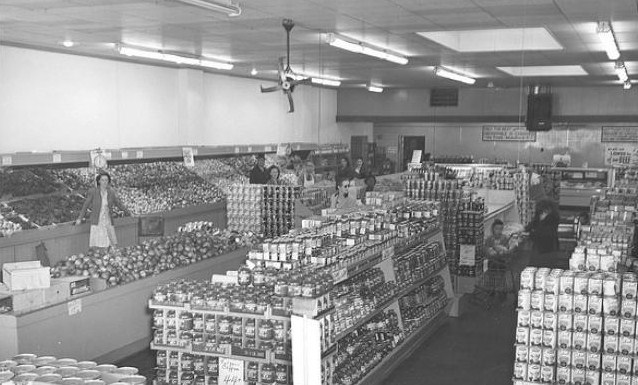 Despite obvious practical advantages, the design initially rubbed some shoppers the wrong way, reminding people of baby carriages. So Goldman paid male and female models to use them and greeters to explain them to incoming customers. The invention was ultimately a lucrative success, and it evolved. Some carts were made more rigid and durable, but, unable to fold, these started taking up more space. 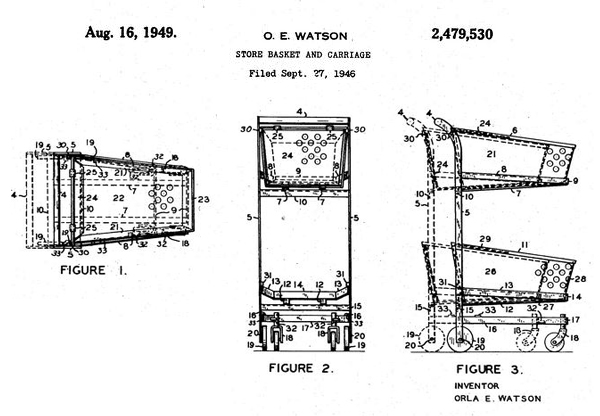 So in the mid-1940s, inventor Orla Watson developed a version with a folding back door to allow carts to “nest” into one another. Shortly after Watson patented his creation, Goldman was granted his own patent for a similar “Nest Kart” in 1948. After a legal battle, the two innovators reconciled and Goldman ultimately licensed Watson’s design. 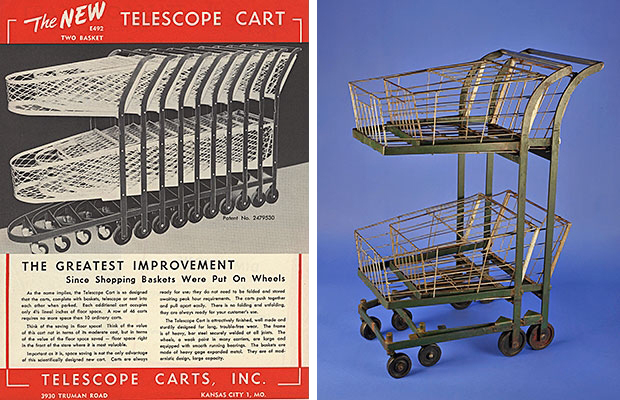 Eventually, Goldman also added a child seat to the design in 1954, though it wasn’t until 1967 that David Allen would introduce another key element: a retractable seat belt to help keep kids safe inside cards.

As big retailers like Sears began using shopping carts along with grouped checkout lanes, sales improved. Over time, carts got bigger, and their materials and details were refined, but, by and large, the biggest breakthroughs were made by the mid-1900s. 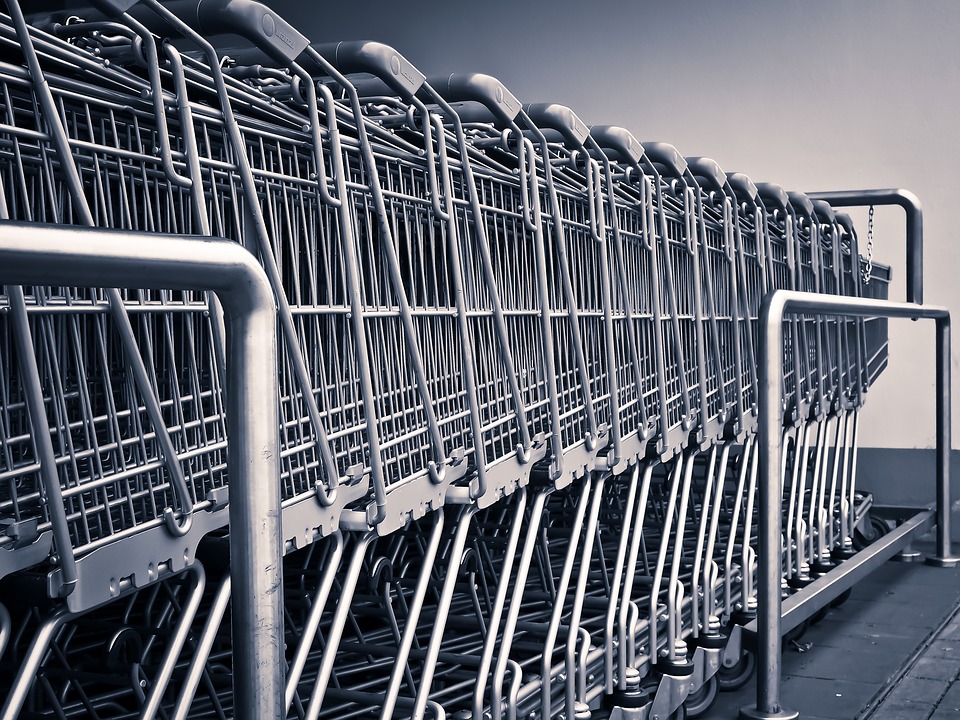 Today, most shopping carts (also known as a “trolley” in Australia and the U.K.) look a lot like mid-century models, featuring collapsible backs for nesting as well as child seats. There are also variants with attached wheelchairs and others designed for kids. In some places, though, folding carts, much like Goldman’s original design, are still used.

But while most modern carts are basically similar, there have been incremental design additions and regional variations, too. Some carts (in Germany, for instance) use four swivel wheels, rather than two straight wheels in the back and two rotating ones in the front — this approach helps shoppers navigate tighter spaces. In general, carts are better-engineered too, designed to last for a decade or more.

In some places (including Europe and Canada), nested carts are frequently chained together, and release only with the deposit of a coin. This approach presumably hasn’t taken off as much in the United States in part because of lower coin values (though Aldi, a German chain, does use them in America).

Other theft-prevention strategies are a bit more high-tech, using electronic and magnetic systems to lock up wheels at the edges of parking lots. Some cities mandate these kinds of technologies in order to keep carts from littering streets and creating public hazards.

These days, of course, more and more people are shopping online. But even on the internet, the language of this user experience persists, with people adding things to their “carts” before “checking out,” and often clicking on simplified, two-dimensional cart icons along the way.