As protective symbols go, a Gorgon with snakes for hair that might turn you to stone is a pretty compelling choice, particularly when embedded in motifs designed to daze and confuse. “Medusa mosaics were popular in both the Greek and Roman worlds,” says Sarah Bond, who teaches Classics at the University of Iowa. “Lots of these mosaics include mesmerizing and even dizzying geometric patterns meant to recreate the disconcerting gaze of the Gorgon for staring guests.”

Bond is interested in how visual representations, including artwork and inscriptions, were used for cultural communication in the ancient world. In particular, she notes, “doorways and thresholds were an important locus of power in Greco-Roman antiquity.” 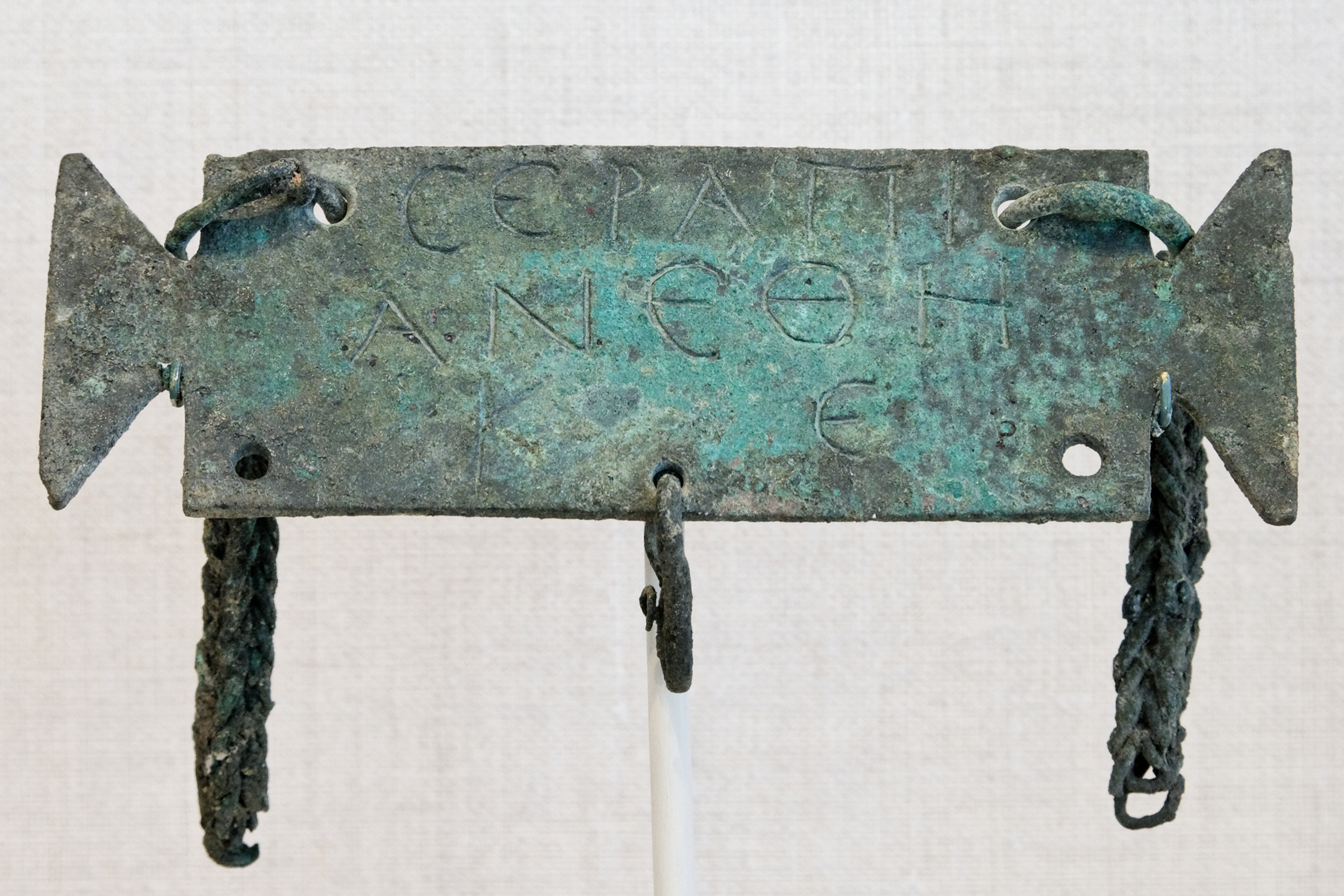 “Writing was and is a means of delineating and mapping space,” Bond explains, and “certain words could serve to set the tone for guests entering a household, just as a welcome mat does for us today.” 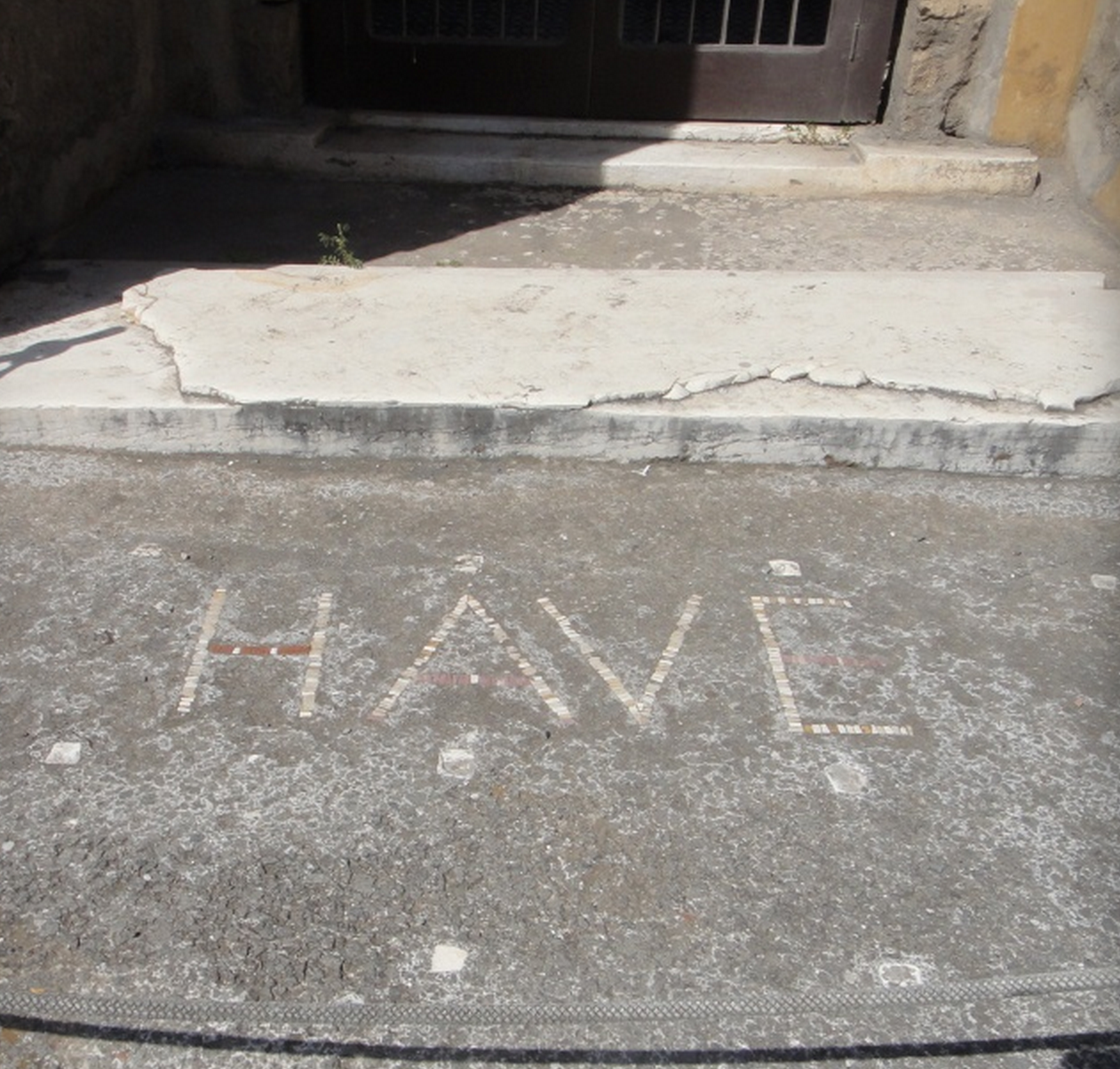 Indeed, some historical examples are quite comparable to modern mats, like the stoop of Pompeii’s House of the Faun, engraved with “HAVE” (meaning: welcome). Other entry artwork, though, was designed to protect against things like the “evil eye” (a curse believed to be cast by a malevolent glare) or combat other similar superstitions. 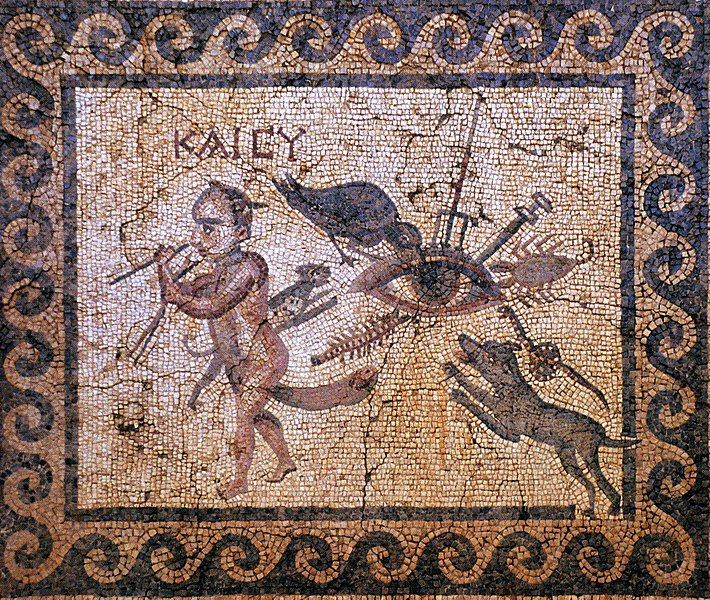 Some ancient homes contained mosaics featuring various apotropaic devices, to ward off evil influences or dispel bad luck. Bond describes one extreme example that combines a number of such strategies, employing what she calls “the ‘kitchen sink’ approach to protecting one’s self.” This mosaic from a second-century house in Antioch features “an evil eye, but also a raven, trident, sword, scorpion, dog, serpent, centipede, panther, and a dwarf with a large phallus (because of course you need one of those).” It also has the protective inscription “KAICY,” which helps to create “a layered mosaic for protection.”

These days, of course, mats serve functional purposes as well, aside from being welcoming (or attempting humor). We often use doormats to wipe off our shoes, and in some cases: to hide spare keys under. But they still also serve that same ancient function, helping define the threshold space between public exteriors and private interiors. And in some places, they remain a source of superstition as well.

Read more of Bond’s thoughts on ancient and modern thresholds in her article The (Evil) Eyes Have It: Welcoming and Warning Ancient Visitors.