When Roman Mars and Kurt Kohlstedt were promoting The 99% Invisible City in late 2020, one question came up over and over again in conversations and interviews about our built environment: in what ways will the COVID pandemic change cities long term? Realistically, it’s hard to answer a question about the future while in the midst of a crisis, but we can look to and extrapolate from precedents, like: designs born out of past disasters.

Cycling in a Time of Death 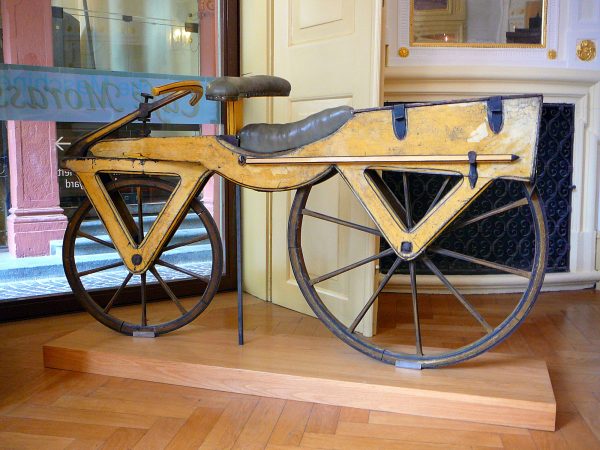 The Laufmaschine (literally: running machine) was created in the wake of a war and amidst a deadly plague-and-famine-fueling volcanic eruption. This pivotal innovation in wheeled transit was developed by Karl von Drais, a German inventor who found himself thinking on his feet about how to address mobility in the midst of a world in crisis.

The backdrop was bleak. 1816 would come to be called the Year Without Summer. It was a time of climate abnormalities driven in part by the eruption of Mount Tambora the year prior. Subsistence crises unfolded around the world, from China to the United States. Among other grim realities of the times, many European horses were either left to starve or slaughtered for meat and hides. With this conventional mode of transportation in desperately short supply, von Drais came up with his wheeled alternative that relied on human power instead.

Peewee Golfing in a Time of Famine 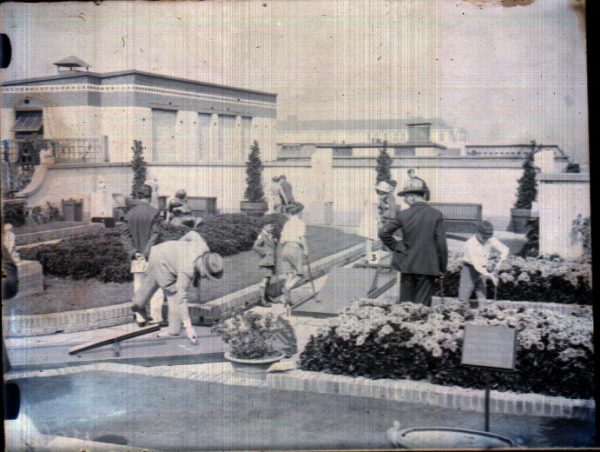 It is hard to imagine something so playful arising out of such a time of turmoil, yet tens of thousands of miniature (or: peewee) golf courses emerged in cities during the Great Depression. Search for images from that time and you’ll likely find ones of people waiting in breadlines, but dig a bit deeper and you can also see some playing mini-golf. In fact, conditions of that period helped drive this lesser-known recreational activity’s spread, and have left a lasting imprint on courses to this day.

Peewee Urbanism: Why Miniature Golf Grew Big During the Great

A miniaturized variant of the traditional sport, peewee golf wasn’t unknown in the years leading up to the 1929 economic collapse, but it also wasn’t especially popular. In the early 1920s, the development of better artificial turf helped it gain traction, but it was in the early 1930s that the sport began to take over lots, yards, rooftops, even interiors — some observers called miniature golf “The Madness of the 1930s.” To this day, many of the materials and design strategies we associate with this leisurely activity can be traced back to an era of stress and strife. Clearly, this sport didn’t solve the bigger issues of the times, but no matter our situation: humans need distractions and recreation.

Canning in a Time of War 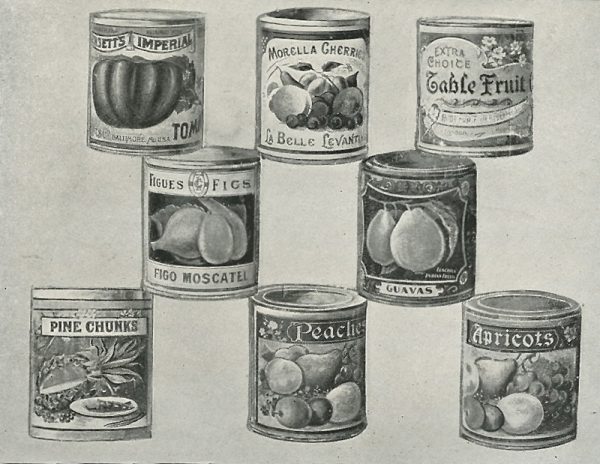 Some of the most devastating periods of human history have been marked by human conflicts. And at the same time, a lot of well-known inventions were created during wartime, among them: canned foods. For centuries, innovations in food preservation have been propelled forward by the needs of militaries on the move.

The Flat-Pack, Can-Do Opener: 38+ Uses for the “Best Army Invention…

As far back as 1795, Napoleon offered a prize to anyone who could help him keep his armies fed as they conquered the continent. By the time of the Civil War, canning was quite common, especially for troops, even in the absence of what we think of today as simple can openers. Over the course of World War I, canning technologies advanced, as did the contents being canned. By the end of World War II, canned foods were a part of not only military but also everyday civilian life.

Connection in a Time of Pestilence 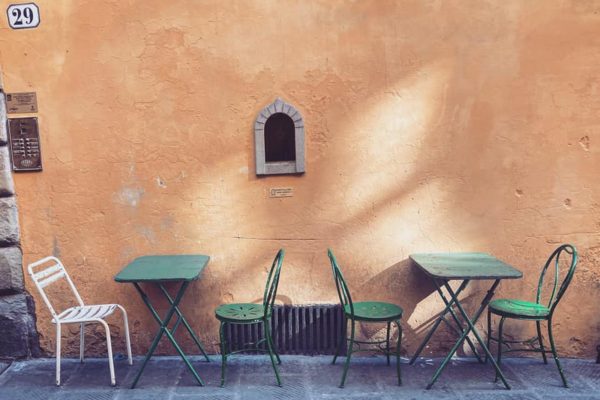 While some designs persist in the wake of disaster, others disappear only to surface again when the need arises — as in the case of wine windows, tucked into the walls along streets in cities like Florence. These vintage portals were useful in curbing the spread of the Black Death centuries ago, and many were reopened during COVID, offering passers-by a way to buy wine while remaining socially distanced.

It remains too soon to tell exactly what will stick around after the present crisis passes. Some things, like plexiglass shields over store counters, will likely go away again. Others, like helpful wayfinding arrows on the floors of public buildings, may prove useful to keep around. Still others, like street dining and shared space solutions, may need to be vetted on a case-by-case basis to make sure they are really serving the broader populace in a fair and accessible way.

Previous Episode: The Book of Tasty and Healthy Food
Next Episode: A Field Guide to Water