Youarelistening.to appeared online on March 6, 2011, and I was hooked instantly. The combination of the police scanner and ambient music is an intriguing and distinctly live experience (unlike most of the time-shifted audio I tend to consume). Its other appeal is its simple and elegant execution.

There are three component parts: a police radio stream from Radio Reference, a pre-screened ambient music playlist from SoundCloud, and a cool photo from Flickr. Each element is from some other source that never could have envisioned that this is the way their content would be used. This is the power of a shareable and mashable web. 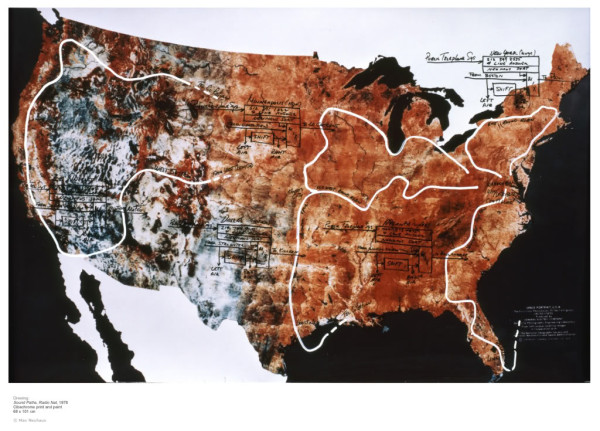 During my conversation with Eric Eberhardt of URL2LA, we discussed some ideas he has about different iterations of the “You Are Listening To” project. One idea he wants to explore is allowing people to contribute to the audio stream, à la Twitter. This idea brings to mind another radio project I have been obsessed with called “Radio Net.” For two hours on 200 NPR stations in 1977, sound artist Max Neuhaus conducted a massive experimental audio symphony using processed sound from callers all around the nation. It’s a vivid reminder of the audacious experimental artistic force NPR once was (but no longer wants to be).

This Radio Net piece was originally broadcast on Re:sound from the Third Coast International Audio Festival in 2005. I appended my Radio Net story to this episode to make an extra-long podcast this week. So you better subscribe or you’ll miss out!