If you tune around on a shortwave radio, you might stumble across a voice reciting an endless stream of numbers. Just numbers, all day, everyday. These so-called “numbers stations,” say nothing about where they are transmitting from or who they are trying to reach, but they can be heard in Spanish, English, German, Russian, Chinese, and any number of other languages from around the world.

These mysterious shortwave transmissions caught the attention of producer David Goren when he was just a kid. His piece, Atencion! Seis Siete Tres Siete Cero: The Mystery of the Shortwave Numbers Stations, aired in 2000 as part of the series Lost and Found Sound.  In tuning into these weird little broadcasts, Goren joins a curious community that has been listening to numbers stations for decades, some suspecting that the stations are run by intelligence agencies sending encrypted messages to individual agents in the field.

Enthusiasts have tracked these stations on receivers with digital readouts, compiled schedules through reverse engineering, or  relied on hints from contacts at intelligence agencies and the Federal Communications Commission.  Hobbyists gave stations nicknames like Cynthia, The Babbler, The Sexy Lady, and Bulgarian Betty, and complied a body of recordings that span the era of the cold war. One such compilation has become The Conet Project, a four CD set of numbers station recordings from the past 30 years, released in 1997 by Irdial Discs.

We recently caught up with Goren, who continues to hunt for numbers stations occasionally. Yep, you can still hear them today. David Goren’s current project still centers around the glory of shortwave and long distance listening. It’s called Shortwaveology. 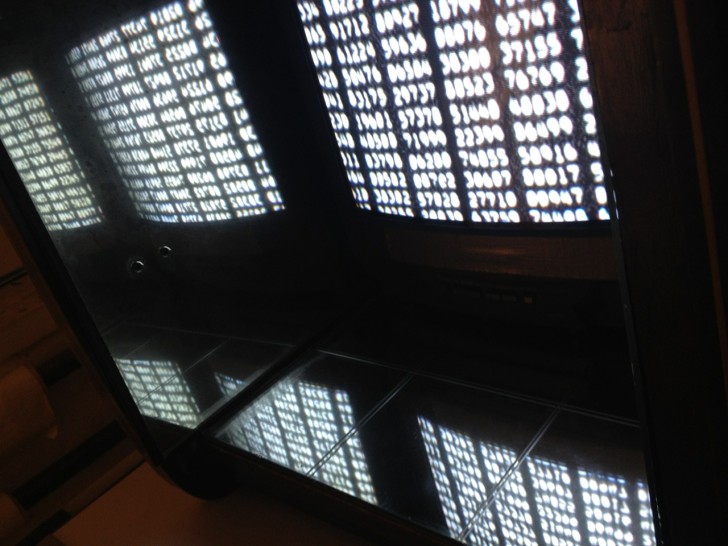 This image is from an art installation about the Numbers Stations that Goren collaborated on in 2012. A video, created by Tom Miller, showed a slow crawl of numbers groups from an actual one time pad. The monitor was placed in the “mirrored bar” of a console radio, creating reflected images. The piece appeared in the show “Secret Wars,” at the Proteus Gowanus gallery in Brooklyn, NY. 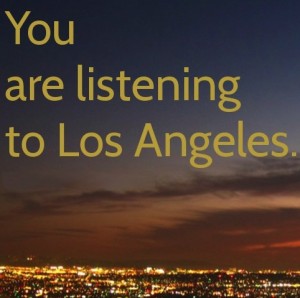 Goren’s piece reminded us of another strange live transmission called youarelistening.to, which was the focus of episode 23 of 99% Invisible. Youarelistening.to appeared online on March 6, 2011, and it’s a site that mashes a real-time police scanner with soundcloud-sourced ambient music.

Music this week by Odd Nosdam and Keegen DeWitt. The little “Transmission” collage at the top of the show was something I originally produced for the Third Coast International Audio Festival’s Re:sound. They have a great podcast, too.