In 1989, a group called the Berkeley Art Project decided to hold a national public art competition to create a monument that would commemorate the 25th anniversary of the Free Speech Movement, which began on the University of California Berkeley Campus in 1964. The winning design, created by Mark Brest van Kempen (who was then a graduate student at the San Francisco Art Institute), is an invisible sculpture that creates a small space completely free from laws or jurisdiction.

The six-inch circle of soil, and the “free” column of airspace above it, is framed by a six-foot granite circle. The inscription on the granite reads:

“This soil and the air space extending above it shall not be a part of any nation and shall not be subject to any entity’s jurisdiction.” 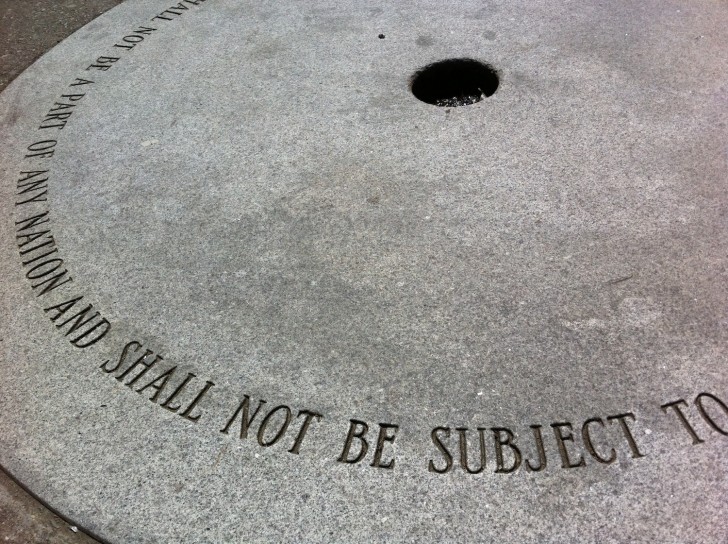 The six-inch free space acts as a beacon for speakers and political events. When you stand next to it today, 20 years after it was installed, you’d never suspect the contentious battle and the ironic compromise that finally led to its placement in Sproul Plaza.

Previous Episode: BLDGBLOG: On Sound
Next Episode: You Are Listening To + Radio Net

There are spots like this in many cities,... [Read More]