Intuitively, “upper” and “lower” letter cases make sense — after all, the former generally stand taller and bigger than their counterparts. But these designations were actually derived from something much more literal and tangible: a physical storage system for movable type. 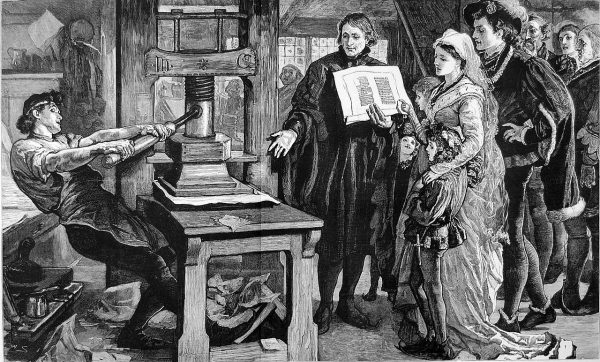 Systematic use of movable type for letterpress printing goes way back to the 1000s in China, but it wouldn’t arrive in Europe until Johannes Gutenberg came along centuries later. Even with his novel reinvention, though, manual printing was a slow and painful process — it took him and his team years just to print around 200 copies of the Bible.

Building pages letter by letter with wood or metal type is an arduous process for a typesetter (aka compositor). With the rise of industrialized printing and mass-production, organizing letter trays for faster type deployment helped simplify the task of composition (prior to imposition, lock-up and printing steps).

Have you ever wondered where the terms lower and uppercase text came from? pic.twitter.com/5Pmfw5RsnE 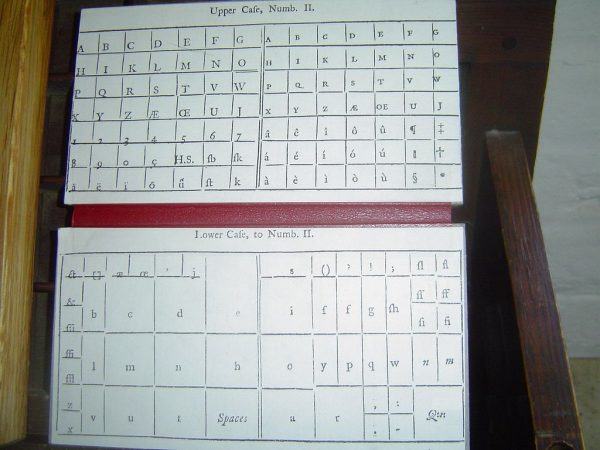 Single “job case” solutions began to grow in popularity starting in the 19th century as “jobbing” took off — that is: commercial printing of things like hand bills and trade cards (beyond newspapers and books).

Traveling printers found these all-in-one cases easy to transport along with smaller “jobbing presses” that could be operated by a single individual. Many single-case layouts, though, failed to make space for letters in proportion to their usage, or arrange type for accessibility.

When the California Job Case hit this growing market, it quickly became a go-to solution for American printers. According to its admirers, the layout of the case could save typesetters up to a half-mile of hand travel per day.

Within the case, uppercase letters were arranged roughly in alphabetical order in small boxes to the right. On the left, lowercase type was given more space and arranged by frequency of use. Punctuation, numerals, spaces and other symbols were arrayed around the edges, some (like numbers and parentheses) grouped by type.

The California Job Case was not the only one to grow out of this period — there are also Italic, Yankee, Wells, La Crosse, Paterson, Two Rivers, Kelsey, Dearing, Wheeler, Stanhope, Clapp, Boss and others.

Still, this particular case became so widely used that an expert typesetter could reportedly watch a colleague at work and deduce text content from hand movements to and from the case.

According to Fred Williams, Editor-Publisher of Type & Press, commercial interest peaked in the 1960s, when many letterpress shops began switching to new technologies. A lot of equipment was disposed of while manufacturers struggled to sell remaining stock at steep discounts. “Taking up space,” he writes of the cases, “truckloads of them were burned.” But they should have been saved, he explains, because these cases soared back to popularity as home display boxes, their variously sized slots idea for showcasing all kinds of mementos.