Located in an abandoned 70,000-square-foot factory in Newark, New Jersey, the world’s largest vertical farm aims to produce 2,000,000 pounds of food per year. This AeroFarms operation is also set up to use 95% less water than open fields, with yields 75 times higher per square foot. Their stacked, high-efficiency aeroponics system needs no sunlight, soil or pesticides. The farm’s proximity to New York City means lower transportation costs and fresher goods to a local market. It also means new jobs for a former industrial district.

Around the world, urban farms are sprouting up at the intersection of new growing technologies and localvore movements. They vary in scale and focus, but their goals are generally similar: produce fruits and vegetables in more efficient, cheaper and greener ways. Growing in controlled environments also reduces environmental variables, like pests, weather and even seasons (allowing for more predictable year-round yields). Factory farm tenants can also take over and adaptively reuse structures in depressed areas with disused industrial building stock, creating employment opportunities in the process.

In a way, these endeavors are a natural extension of long-standing trends in farming. Small farms gave way to large farms, but the latter still involved open fields and variable environments. Urban farms take things to the next level, making the farm-to-table distance shorter, controlling conditions and further optimizing around available space.

Factory farm approaches are not without the limitations, however. Currently, the cost of material and technological inputs remain high. Also, many of these bigger indoor farms are designed to yield a limited subset of crops (like leafy greens) rather than a complex array of produce. Production weights and yield statistics would be somewhat less impressive were these farms focusing on a broader spectrum of fruits and vegetables, including ones that require more space to grow.

Still, the more these technologies are explored and refined the more efficient they will become — it is worth pushing them forward. At the same time, moving food production indoors and/or to urban settings is not limited to large factory operations. The global trend is unfolding at multiple scales and in different ways.

Expressions of commercial indoor farming can vary from one city to the next, responding to specific opportunities and needs in different built environments. In London, England, old subterranean WWII bomb shelters have been converted into herb farms serving local restaurants. In Berlin, Germany, a supermarket chain has introduced vertical micro-farms to grow greens for their shoppers right inside their stores. In New York City, a prototype barge farm docks at various stops, bringing produce to food deserts. In rural Japan, a high-tech vegetable factory run entirely by robots is set to produce 30,000 heads of lettuce a day.

While some initiatives focus on larger-scale or city-specific production, a trend is developing at the smaller end of the spectrum, enabling urban homeowners and small businesses to become part of a distributed network of production (much like 3D printing). IKEA, for example, now offers an aeroponics kit for indoor home gardening that needs no soil and uses sensors to monitor water levels. 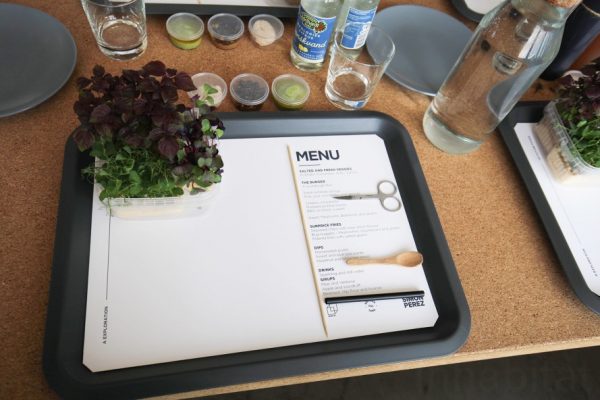 IKEA also recently developed a prototype farming system aimed at letting restaurants grow their own ingredients in-house. As with larger-scale urban farms, these offer a critical advantage over outdoor equivalents: they require no rooftops or backyards to operate.

Hybrid approaches are also growing in popularity, combining aspects of collaboration and individualization. Shared farming space can take advantage of scale and consolidation but also build communities around shared tasks (and rewards).

A project called ReGen (shown above) developed by EFFEKT Architects aims to combine the best of all worlds, blending urban, suburban and rural living in a series of off-grid communities. Each ReGen village is designed to host an integrated array of homes, greenhouses and other institutions, mixing farming and community. They are building the first prototype village outside Amsterdam and then aim to begin deploying the same model around the world.

A Tokyo office building, meanwhile, has already mixed productive greenery into its office spaces, aiming to provide workers with a more natural environment while growing edible fruits and veggies for their cafeteria. Food production is built right into the structure and aesthetic of the building, plugging nature directly into the architecture.

The Future of Indoor Urban Farming 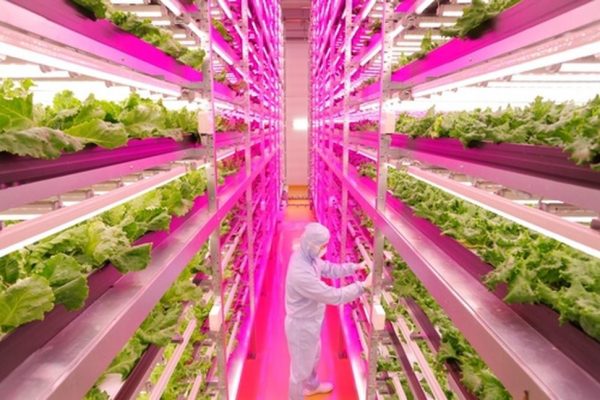 At the heart of the ten projects featured here is an effort to rethink the way we produce food now and will in the future. Existing paradigms of small personal gardens and large outdoor farms can be thought of as bookends to a growing library of indoor farming possibilities.

Of course, some of these projects go viral without regard to feasibility, which could sour the public’s appetite for innovation when visionary designs fizzle in the face of reality. A Farmbot, for instance, sounds great in theory, but the device costs thousands of dollars and is arguably more of a novelty item than a practical technology.

99% Invisible
Atom in the Garden of Eden

It is hard to say whether large-scale urban farms, city-specific solutions, distributed-tech approaches or hybrid ideas will dominate the next generation of urban agriculture, but it is well worth pursuing projects spanning these extremes (as well as alternatives in between).

Over the years, there have been a number... [Read More]