In industrializing 19th-century cities like London and New York, horses played a key (and evolving) role in both transportation and pollution. By the 1860s, horsecars (horse-drawn streetcars on rails) had gained traction against more limited horse-drawn carriages. 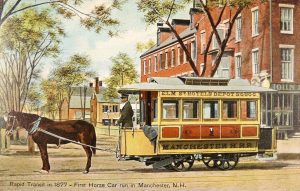 Horsecars offered a smoother ride for passengers and required less work for horses, allowing two animals to pull a car with up to 20 people. Operating in two-horse, four-hour shifts, eight animals were needed per vehicle. Their popularity led to ever more manure littering city streets — a problem felt by cities around the world. 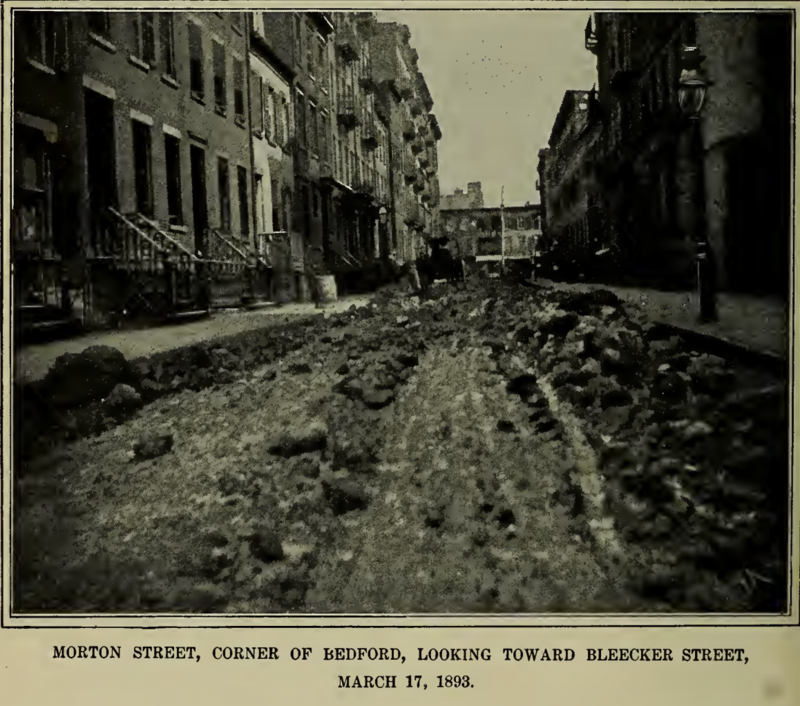 By the 1870s, New Yorkers were taking over 100 million horsecar trips per year and by 1880 there were at least 150,000 horses in the city. Some of these provided transportation for people while others served to move freight from trains into and around the growing metropolis. At a rate of 22 pounds per horse per day, equine manure added up to millions of pounds each day and over a 100,000 tons per year (not to mention around 10 million gallons of urine). 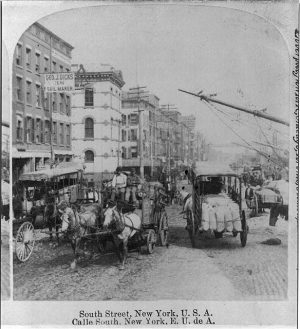 Per one observer at the time, the streets were “literally carpeted with a warm, brown matting . . . smelling to heaven.” So-called “crossing sweepers” would offer their services to pedestrians, clearing out paths for walking, but when it rained, the streets turned to muck. And when it was dry, wind whipped up the manure dust and choked the citizenry.

For a time, the economics of excrement as fertilizer helped keep streets clean, but as more supply stacked up the incentive to clear it started to dwindle and smelly piles began to build up in empty lots. 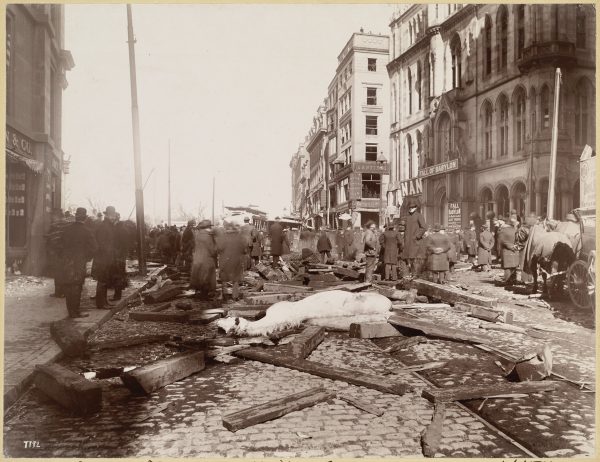 Horse refuse and the remains of dead horses littered the streets and provided a breeding ground for (by some estimates) billions of flies a day across the nation. These, in turn, spread diseases, elevating the problem from a nuisance to a public health crisis.

Pressures were felt outside of the city as well. Each horse needed over three tons of oats and hay per year, in turn requiring tens of millions of acres of rural land for their food supply.

Horses in cities were not a new problem. In ancient Rome, Julius Caesar banned horse-drawn carriages due to gridlock and pollution. In New York City, though, that seemed implausible — horses were just too essential for urban transportation and shipping.

Cleaning Up the Big Crapple 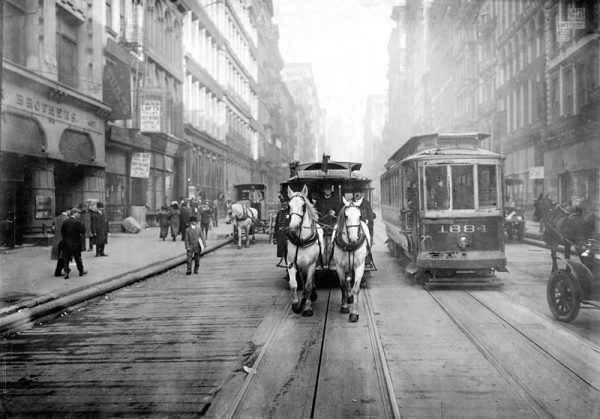 In the late 1800s, the city hired drainage engineer George E. Waring Jr., who had worked on Central Park, to start cleaning things up. He pushed for new laws forcing owners to stable horses overnight (instead of leaving them in the streets) and mobilized crews to gather manure and horse corpses to be sold for fertilizer and glue, respectively. What they couldn’t sell was transported and dumped instead.

And by the early 1900s, other factors were in motion — electric streetcars and internal combustion vehicles were gaining traction. Rising land pricing (for stables and farmland) coupled with higher food costs increasingly made these new options more economical, too. 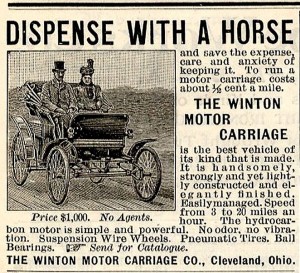 But the rise of private cars was the final nail in the horse-drawn coffin. By 1912, cars outnumbered horses on the streets of NYC and by 1917 the last horsecar was put out of commission and the issue of horse droppings slowly disappeared into history.

Some cite this paradigm shift as an example of how technology will always provide new ways forward for seemingly intractable problems. But that understanding overlooks the fact that cleanup and cars were not truly solutions to the fundamental issue of urban pollution — they simply shifted the disposition and type of dangerous waste.

Around the turn of the century, fields like landscape architecture and city planning were just becoming their own distinct disciplines in America. But despite growing interest in developing healthier cities, the inability of planners to anticipate and design around the manure problem seemed to highlight the limitations of planning.

Harvard’s new school of landscape architecture was founded the same year of the NYC conference by the son of Frederick Law Olmsted (designer of Central Park among many other famous projects). Olmsted Senior believed strongly in both beauty and conservation. He designed public parks to be shared spaces for everyone.

As this school offered courses in urban planning in subsequent years, though, the focus of study was on physical space design. Teaching faculty overlapped not with social or medical programs, which might have led to more focus on public good, but with the architecture school. And in a lot of ways, this closeness made sense — disciplines dealing with built environments should share interests and strategies.

In hindsight, however, contemporary critics have suggested that urban planning of new American cities in the early-to-mid-1900s was too focused on form and aesthetics over function and equality.

Today, in universities across the country, it remains common to find urban planning, architecture and landscape architecture grouped together — a closeness dating back to the late 1800s. But the curriculum of university “built environment” departments has since evolved, increasingly incorporating environmental, social and public health concerns into design theories and approaches.

Note: a previous version of this piece referred to the ‘Great Horse Manure Crisis of 1894’ and an associated urban design conference. Though referenced by numerous sources (including the New Yorker, Wall Street Journal and various books), some of these details have proven to be unsubstantiated.

Previous Episode: Prop Town: The Fake Rooftop Suburb that Hid a Whole WWII Airplane Factory
Next Episode: Biomimicry: How Designers Are Learning from the Natural World