“From the commonplace to the sublime,” writes architect Alastair Townsend, “the spline delineates contemporary aesthetics (curved and straight) because it is the lingua franca of the design, engineering, and manufacturing industries.”  Splines are incredibly useful and important but hard to define, even using a dictionary, which explains them as “continuous curves constructed so as to pass through a given set of points and have a certain number of continuous derivatives.” It would be a slight but helpful oversimplification to think of splines as complex curves defined by a surprisingly small set of controllable elements. In the computer age, the ability to move a few points and lines around in a graphical interface to incrementally reshape a complex curved structure is a powerful feature. The origin of this approach, though, predates digital design programs by millennia. 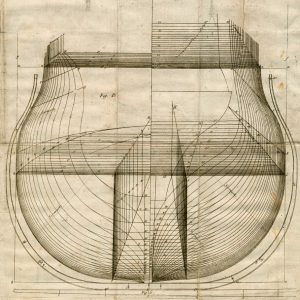 “Ancient engineers would bend materials into complex curves to form house and boat frames,” for example, explains Townsend. The form of a boat hull is “not a simple curve, but a series of curves back and forth.” Creating a ship wasn’t just a matter of extruding a simple geometric form (say, a U-shaped curve) into three dimensions — the curves had to change over the length of the vessel, making the process complex. To help define these curves, molds were created and weights were often hung at intervals to create desired bends. Other manual techniques evolved over the centuries, but it was car design that would take things to an entirely new level.

If boat hulls seem complex, imagine the work that goes into shaping all the curves of a modern automobile. In the early days of car design and construction, models were made but as Townsend explains, their “curved surfaces had to be manually enlarged to full-scale by measuring points offset from these smaller clay mock-ups, then re-plotted onto a life-sized drawing board.” Big blueprints were drawn and so-called “master models” were assembled and used as reference points, which left room for a lot of human error as workers referred to these sources in crafting various parts of a given vehicle.

Then, as early analog computers were adopted, complex equations were employed to define more freeform curves for CNC fabrication processes. “Lines, circles, parabolas, and other regular geometrical functions could be accurately inputted from the designer’s blueprints into the machinery,” explains Townsend, “but a reliable method for freeform curves – much less surfaces – did not exist,” at least not until Citroën hired mathematician Paul de Casteljau in 1959 and tasked him with simplifying the car production process. 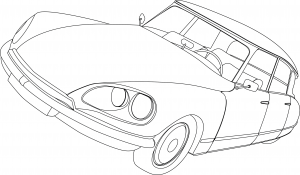 Studying the problem, he “realized that, rather than defining a curve by points along its length, it could be accurately plotted and controlled by manipulating a few points around its vicinity. When these points of influence were moved, the curve would follow, similar to the intuitive response of moving the weights that anchored the boatbuilder’s spline.” For years, the company kept his innovative approach a secret, though other car manufacturers began to catch on and evolve similarly simplified solutions. An engineer named Pierre Bézier, for instance, who was Renault’s Head of Design around this time, came up with another method. 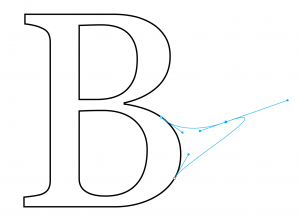 The methods developed at both of these companies would later be combined, and “the subsequent integration of their geometry into mainstream computing has directly benefited every design field,” argues Townsend. These automotive industry innovations and their derivatives would go on to impact everything from the manufacturing of ground vehicles and aircraft to graphic design fields including typography and animation.  Understanding at least the basic history and trajectory of spline-based design provides critical insights into everyday object, particularly “given the current vogue for freeform surfaces in architecture, as well as the wider prevalence of ergonomic forms in our daily lives.” Splines are everywhere around us, shaping our toothbrushes, bike helmets and myriad other industrial design objects. 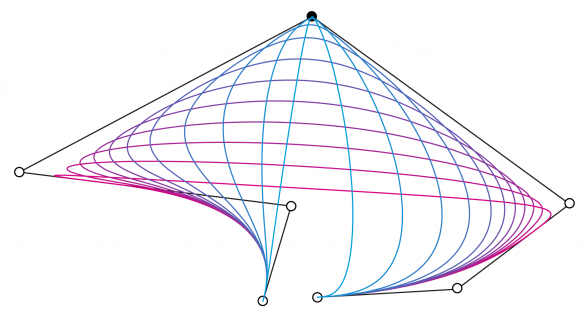 Splines may sound complex in theory, but their incorporation into design software enables creatives to work more intuitively, which in turn makes design programs more accessible to a broader range of people. Users with little training can grab and click points and pull on lines to reshape digital objects quickly and easily, much like engineers used to model deformations with manual weights.

Townsend predicts that this is still a revolution in progress, and we can “expect to see a greater level of integration, articulation, and refinement of freeform designs,” thanks to the increased affordability of computation, availability of open-source programs and popularity of 3D printing. “Will this trend lead to haptic computer modeling interfaces, as tactile and accessible as folding cardboard, molding clay, or bending a strip of wood?” he asks. Either way, the spline “brings mankind another step closer to complete mastery of form.”

To learn more about splines, be sure to check out Alastair Townsend’s full article on the subject, originally published in the International Journal of Interior Architecture + Spatial Design, Applied Geometries. Meanwhile, for those interested in the idea of simple elements leading to complex forms, be sure to watch this introduction to Fourier series: