When a retired Chinese inventor unveiled his design of an earthquake-proof bed a few years back, reactions were understandably mixed. The various models look like survival bunkers crossed with torture chambers. In animations, beds that drop into metal boxes and metal flaps flip down or slide up to provide cover, which makes one wonder about limbs. Inside are emergency supplies including water, food, fire extinguishers, gas masks and medical accessories. This idea of turning the spaces in which we spend close to a third of our lives into disaster-proof containers has precedents, though, that date back decades. Arguably, new designs could learn things from these old ones, too.

During World War II, continental European countries like Germany often used cellars as emergency air raid shelters, or purpose-built, above-ground structures like Hochbunkers (high bunkers) made of concrete. In the United Kingdom, cellars were less common, so basements of schools, hospitals, factories and other large buildings often became safe spaces. Getting to these in times was not always easy, though, and there was always a risk of total structural collapse, which could trap shelter seekers under huge piles of rubble. 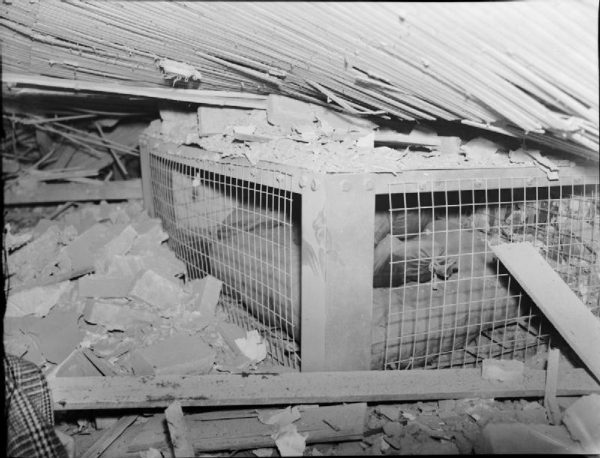 Designed by John Baker and named after Minister of Home Security, the so-called “Morrison Shelter” was developed as an alternative to basements and other communal shelters. These kit-based boxes featured steel top plates, wire mesh sides and came with tools so they could be easily assembled inside of homes. Moreover, the kits were made available for free to low-income households. By day, the shelters could serve as living room or dining tables. At night, they became a sleeping space for British families. Over half a million were distributed over the course of WWII. A study of homes in which people used these shelters concluded that they did save lives when properly placed inside a house. 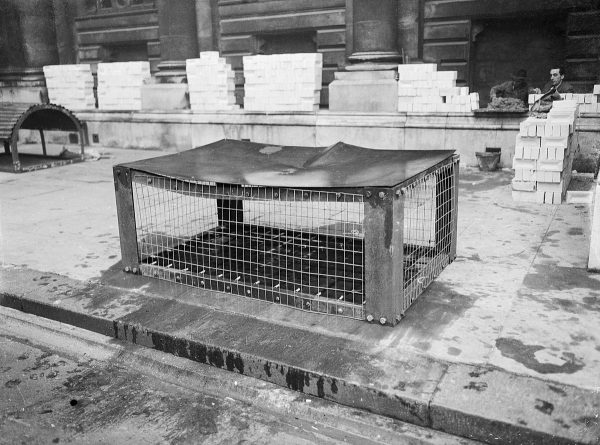 Baker worked from real life to evolve his design. He examined actual bomb-damaged homes and concluded that collapsing walls and ceilings were frequently to blame for injuries and deaths that could have been avoided. At the same time, reinforcing entire structures or making entirely bomb-proof shelters was cost-prohibitive.  The designer later explained that “it was impractical to produce a design for mass production that could withstand a direct hit.” Instead, he recalls, it “was a matter of selecting a suitable design target that would save lives in many cases of blast damage to bombed houses.” 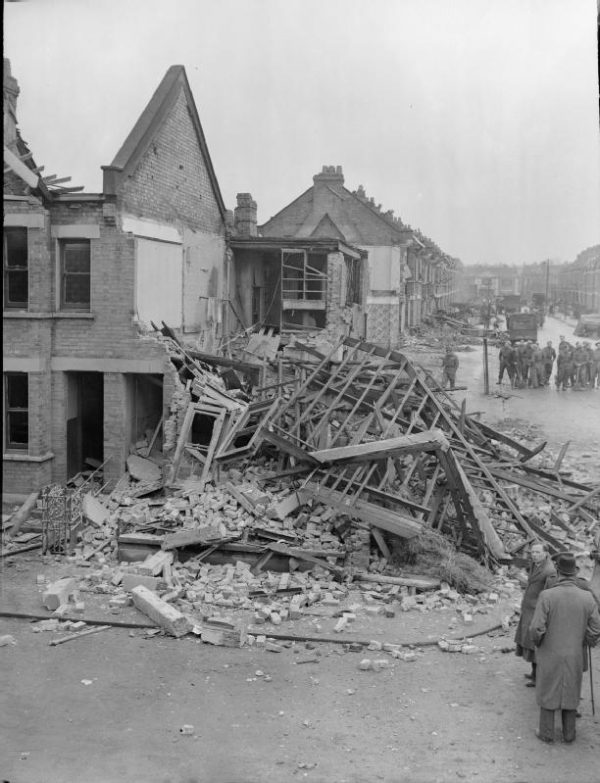 As a designed object, these Morrison shelters were quite clever. They served multiple functions so that less space was needed and wasted. Springs in their bases made them more comfortable for sleeping in. Their size accommodated up to two adults with two children. They could also be assembled by a few people in a matter of hours. Above all, they allowed families to sleep in the relative comfort of their own homes rather than clustering in community spaces. They were functional but also a constant reminder of the next potential attack —  potentially reassuring but also perpetually distressing. 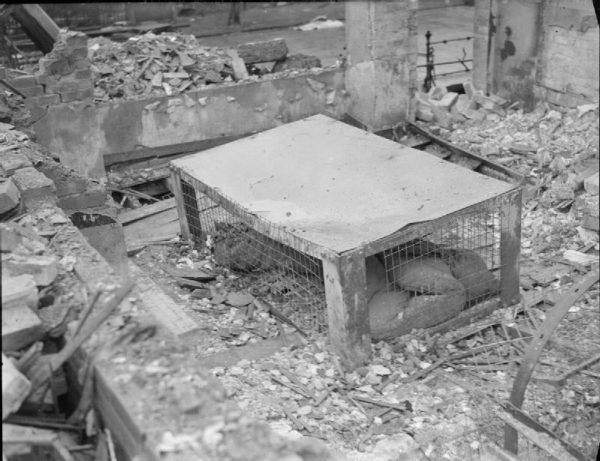 Special thanks to 99pi fan John Dyer for the tip.