Boeing’s aircraft manufacturing facilities were critical to the World War II efforts of Allied forces. But the unexpected attack on Pearl Harbor stoked fears of potential aerial assaults by Japanese forces. Some factories put up camouflage netting to disguise structures, but the U.S. Army Corps of Engineers took things a big step further on top of the Boeing Plant 2 in Seattle, crafting an entire faux neighborhood.

By the mid-1930s, Boeing’s old Plant 1 was becoming increasingly outdated. Interested in keeping the company local, an area truck driver offered to sell Boeing a large plot of land (for a nominal one-dollar fee) on which to build a new factory. Plant 2 was designed and erected to apply modern assembly-line technologies and speed up production.

This new complex grew and expanded, ultimately spanning 1.7 million square feet. It would come to facilitate the assembly of B-17 Flying Fortresses, B-29 Superfortresses, B-47 Stratojets, B-52 Stratofortresses and other aircraft through and beyond the war. 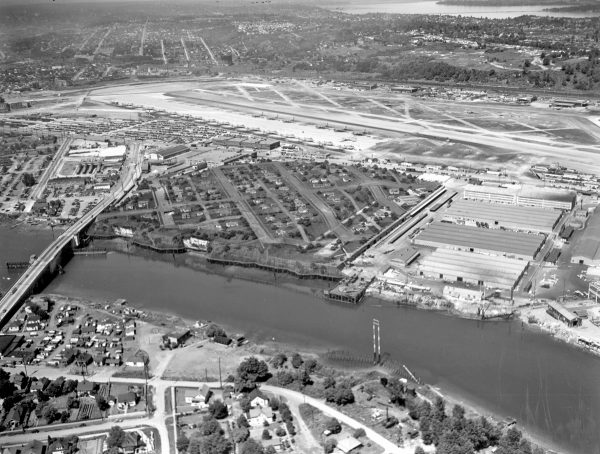 Above, it could be mistaken for an idyllic residential area, so much so that it arguably looked a bit out of sync with its industrial surroundings. Below, 30,000 men and women labored away, constructing 300 bombers per month to support the international war effort. 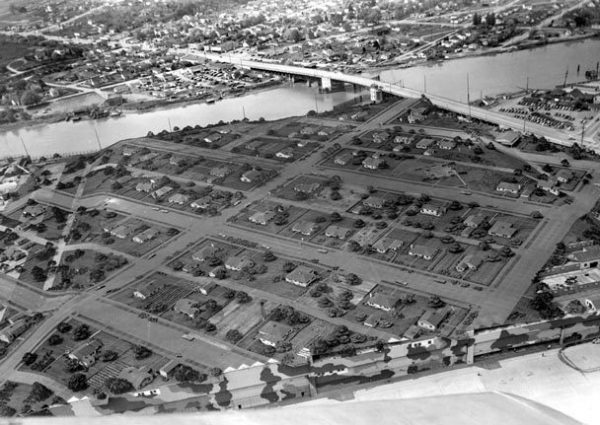 The Germans were quite familiar with camouflage techniques, using nets and smoke screens to confuse Allied forces. Still, the scale of this deception on the West Coast was unusual even by their standards. 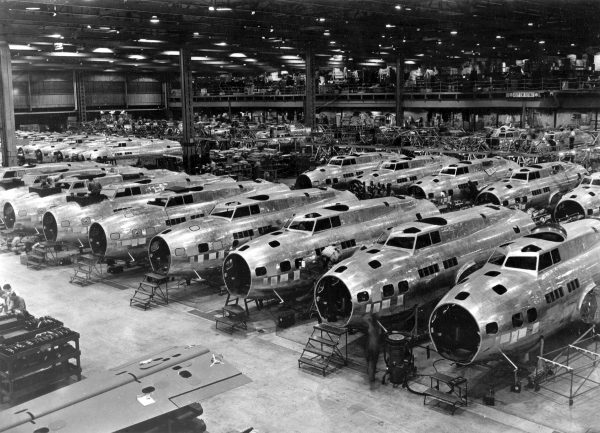 In the end, enemy bombers never showed up and the Seattle factory’s extensive disguise went untested. 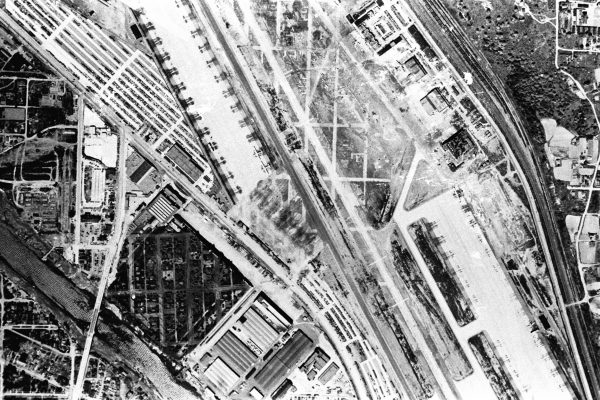 Though the camouflage was removed after WWII, the factory remained in operation through the Cold War. Eventually, the building was abandoned — demolition of the derelict structure commenced in 2010.

Part of the site is being returned to nature and becoming a wetland once again along the Duwamish River.

Looking up in a city, you may notice... [Read More]