Designed by Italian firm Stefano Boeri Architetti, the ‘White Forest’ boasts a facade covered in 2,000 plants. At a glance, the fact that it also houses a mixed-use program for humans seems secondary.

But looking at the very first rendering (above), something seems off: the tower is only slated to be 170 feet tall, yet the perspective makes it appear to be a skyscraper (or: “treescraper“). Already, the observer gets a sense that the imagery may not match reality. 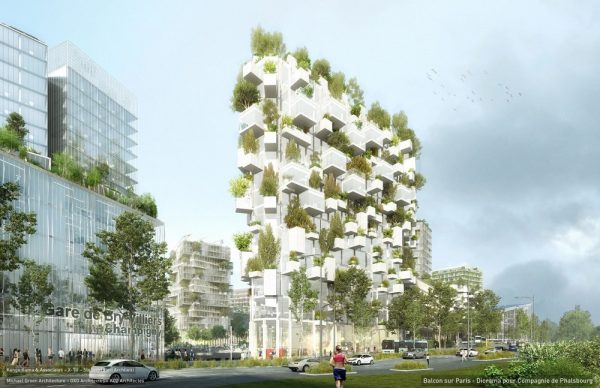 Then, of course, there are the huge cantilevered planters, jutting out at all kinds of odd angles and packed with trees pressing up against balconies above. These effectively obscure the core functions of the structure, which will house shops, offices and condominiums. 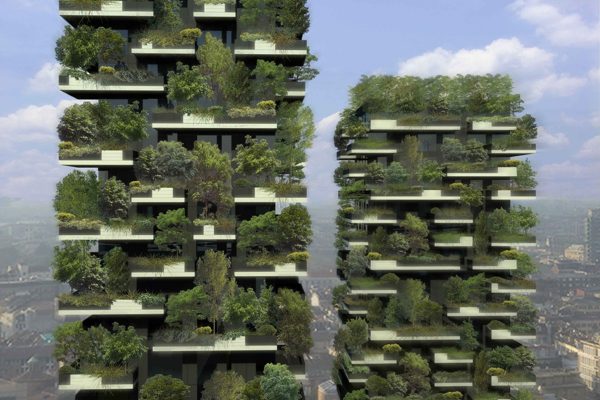 And if the same firm’s Bosco Verticale (above) is any indicator, a rooftop crane and dedicated management service will be required to keep up with overflowing greenery. Construction delays, unexpected costs, and slow-growing plants may become issues again as well.

Located in Milan, this predecessor project is impressive and has a lot of fans, but it has also elicited its fair share of criticism. The architects say their approach is about getting “beyond the concept of green as just a simple decoration” to produce “an architectural structure that [takes] up the challenge of fighting climate change and [increases] biodiversity in urban contexts.” The plants on these towers have filled in fairly well, if not quite like the renderings. But the embedded energy required to install and support them substantially offsets gains of going “green.” 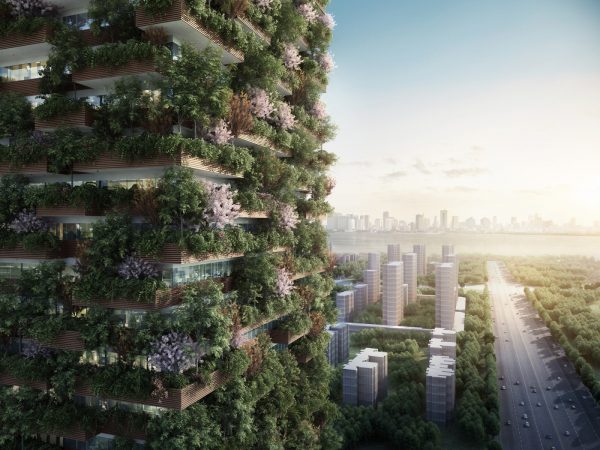 Meanwhile, China is also climbing aboard the treescraper trend train with yet another project by Stefano Boeri. Per the architects, the Nanjing Green Towers will feature over 3,000 trees, shrubs and vines and will be Asia’s first “vertical forest” project. If all goes to plan, it will be one of a larger series. And environmental issues are explicitly at the forefront of its description. On the architects’ website, visitors have to click a ‘more’ button to get past plant tallies and ecological information to learn what actual human functions the building serves. 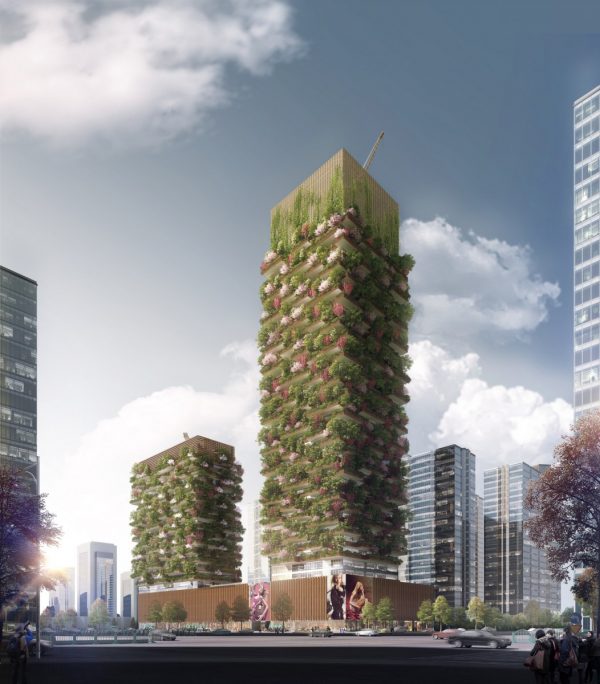 The firm stresses the air-cleaning power of the plants, which they say will absorb 25 tons of CO2 per year. This sounds impressive in the abstract, but it amounts to the output of around a half-dozen typical cars. Or, put in architectural terms: that’s about the same amount of CO2 generated by heating six homes for a year. Even ignoring energy expended on installation and maintenance, the plants will only offset the equivalent footprint of a handful of hotel and office spaces in the structure itself, providing no net benefit to their surroundings. 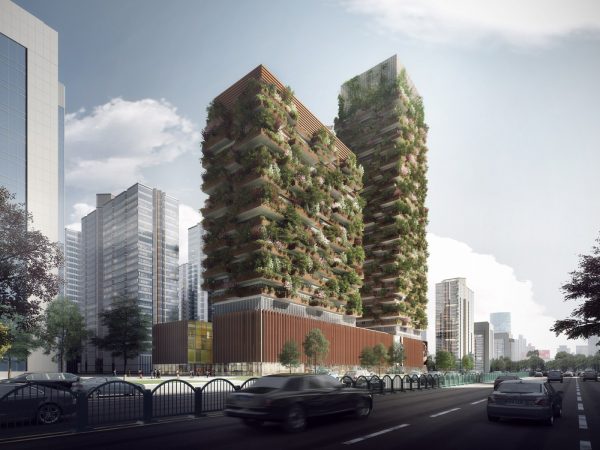 At street level, meanwhile, the renderings also show a large plaza that is surprisingly devoid of greenery — perhaps the designers felt that surface trees would compete visually with those shown above. 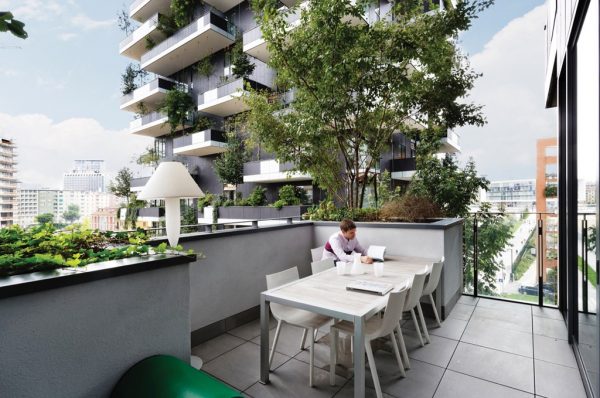 It’s worth noting that Stefano Boeri is not the only firm pushing treescrapers, and to their credit: they have managed to turn improbable renderings into real projects, which many firms fail to do. 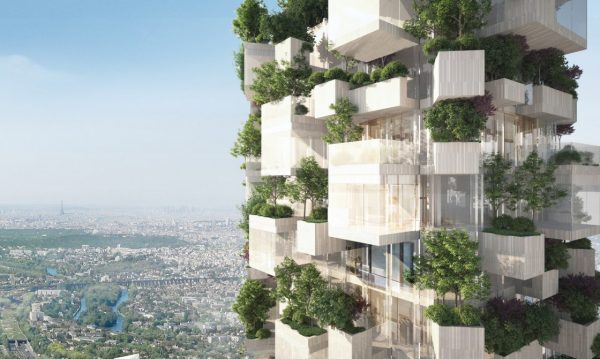 And none of this is meant to suggest that greening architecture is a bad idea, but intensive greenery (like tall trees) tends to be less efficient than extensive greenery (like moss and shrubs). The latter approach may not attract as many clicks, but it offers a lot of benefits while also requiring less energy and work to build and maintain. Either way, architects would do well to analyze total ecological footprints for projects like this, weighing options during schematic design phases.

Ideally, too, the benefits of greenery afforded to those who live in luxury highrise towers could also be shared more with citizens on the streets below. Conveniently, trees have evolved to thrive on the ground — designers should help make sure that some are grown there as well.

Previous Episode: ‘Shared Space’ Design: Road Signs Suck. What if We Got Rid of Them All?
Next Episode: The Stretcher Railing Society: Preserving WWII Artifacts Hidden in Plain Sight