Announcing plans to add space for art, culture and more, the huge banner hung off the side of a building in Berlin’s Mitte (or: Middle) in 2015 looked legitimate enough at a glance. The team of artists who erected it used official city fonts and graphic design elements, then rented a crane to hoist their work over a hundred feet into the air. They even invited the press to a fictitious groundbreaking ceremony in which they praised the city for green-lighting the project. They hoped it would get the attention, but it worked better than they could have imagined, putting them at the forefront of a huge urban redevelopment project. 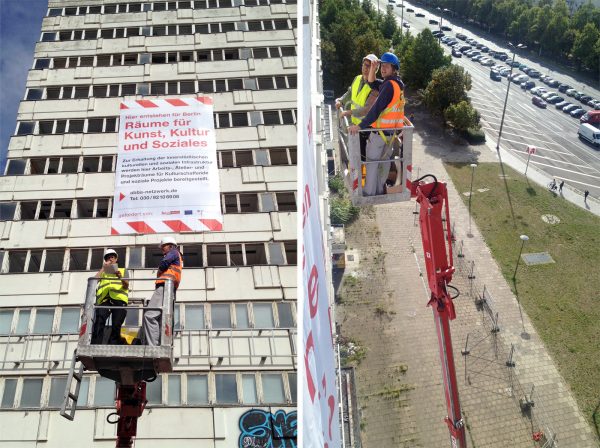 A rather drab Modernist building complex, the Haus der Statistik (House of Statistics) seems an unlikely target for preservation on aesthetic grounds. The windows were also removed years ago to deter squatting, leaving it open to the elements. In terms of historical significance, the place is fraught at best. Located just off Alexanderplatz in former East Germany, the buildings once housed offices associated with the Ministry of State Security, better known as the Stasi. 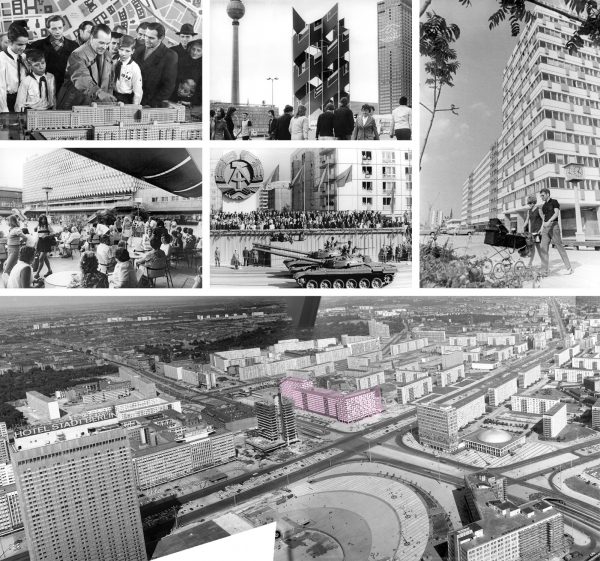 After the fall of the Berlin wall, some floors came to serve a sort of opposite function, becoming home to the Stasi Records Agency — a place where residents could dig into the records kept on them by Deutsche Demokratische Republik (DDR) authorities. Like the other domineering, Communist-era structures surrounding East Berlin’s central plaza, many expected these structures to disappear long ago. 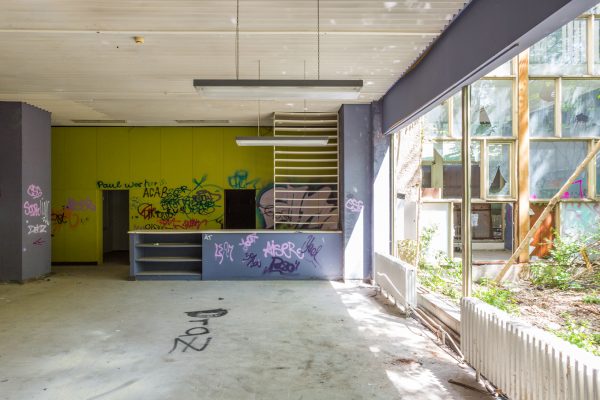 Still, plans to replace these old architectural shells with expensive condos were met with resistance from residents looking to keep Berlin affordable and diverse, like the ones who suspended the protest banner to raise awareness. “Activists argued that luxury real estate development was incompatible with a free and independent city that welcomed people of all generations, classes, and ethnicities,” explains Berlin resident and journalist Nate Berg in Places Journal. 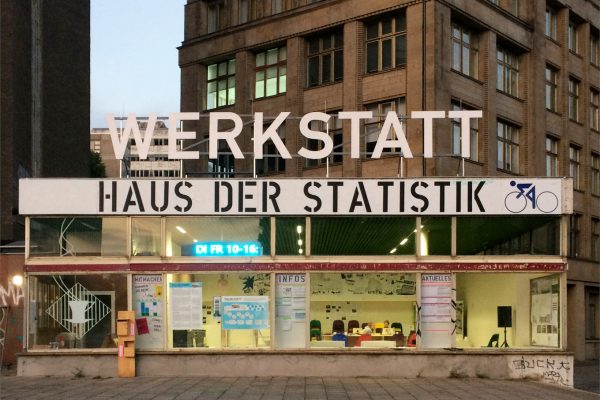 The banner only lasted a day, but it quickly set bigger events into motion, starting with a meeting between the artists and the mayor, who was initially skeptical but willing to entertain other options. Community support grew and ideas flooded in to incorporate space for seniors, refugees, artists, even a new town hall for the district government. Planning and design professionals were brought in, but the activists who got the ball rolling, pushed to find funding and supporters, and kept the momentum up were kept on as well. 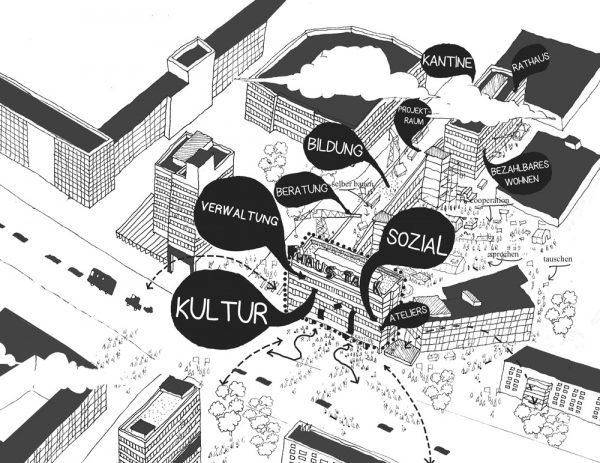 “In another place or era,” writes Berg, “a project like this might be presented to the community as a done deal, a complete design with little room for modification.” In this case, though, the public has been involved throughout, attending charettes and presentations. In some cases, this input has been incorporated on the spot during open workshops. “If the project succeeds,” suggests Berg, “it may signal a generational turn away from bombastic master planning.” 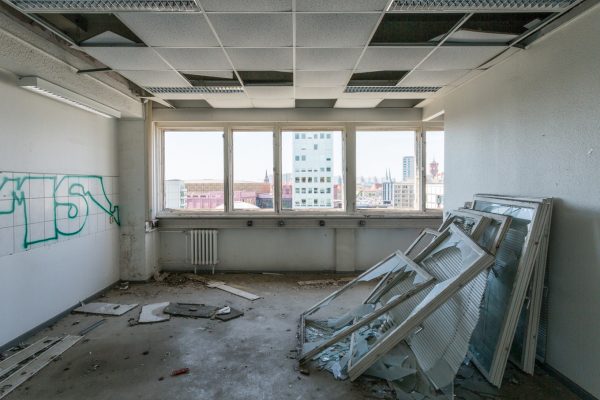 As of now, the proposed plan calls for a combination of renovation, demolition and new construction, something complex and responsive, between extremes of “hard-headed preservation and blank-slate modernization.” Like Berlin itself, at times dominated by authoritarian, top-down governments, and at other times redefined by illicit art squats, the execution of this project in Berlin’s Mitte district arguably represents a middle way between extremes. 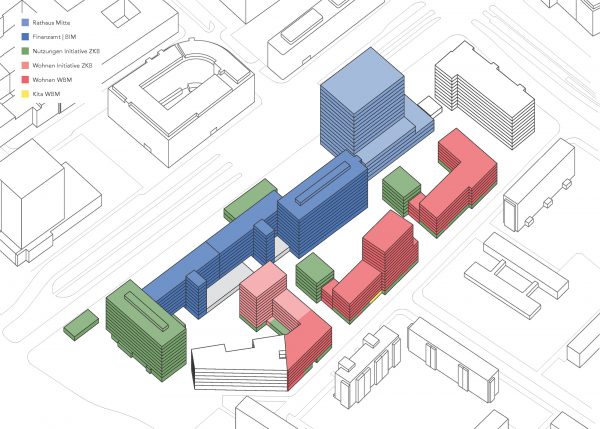