Like its nondescript official name, Armstrong Flooring’s “Pattern #5352” fades easily into the background of memory — a linoleum floor design consisting of zig-zagging faux bricks that squeak underfoot. See it again, however, and it can feel instantly familiar, too. Chances are high you’ve encountered it on a television screen if not stepped onto it in person. After all, it’s reportedly the best-selling resilient flooring of all time. A younger audience might assume it dates back to the 1960s or 70s, but in reality, this classic design was created in the early 1930s. 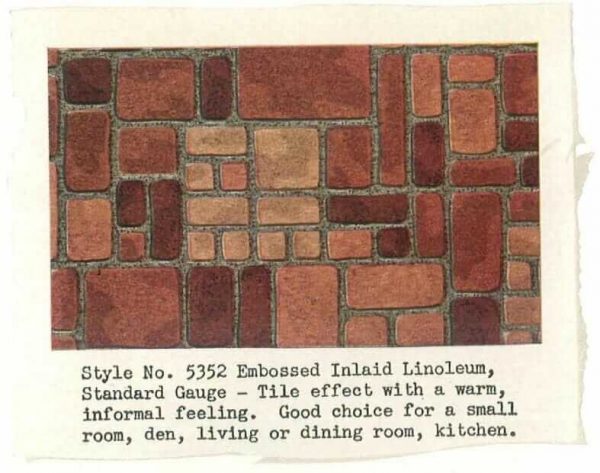 Indeed, during the Great Depression, the pattern gained another in-house title, dubbed by employees “The Christmas Pattern.” Made up of interlocking brick-like patterns, it may not look particularly festive, but as Armstrong designer Mark Zeamer related to Retro Renovation: this name had nothing to do with the design itself but rather relates to its early success and persistence. During the Great Depression, as the story goes, the pattern helped Armstrong not only manage to keep factories operational, but also to facilitate holiday bonuses. 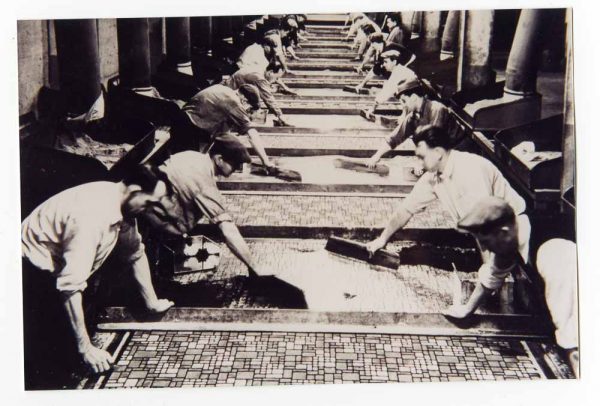 Invented in the mid-1800s, linoleum floors grew popular toward the turn of the century, lauded for enabling durable, low-cost, water-resistant and easy-to-clean floors. These were particularly useful features for kitchens in modest working- and middle-class residences. 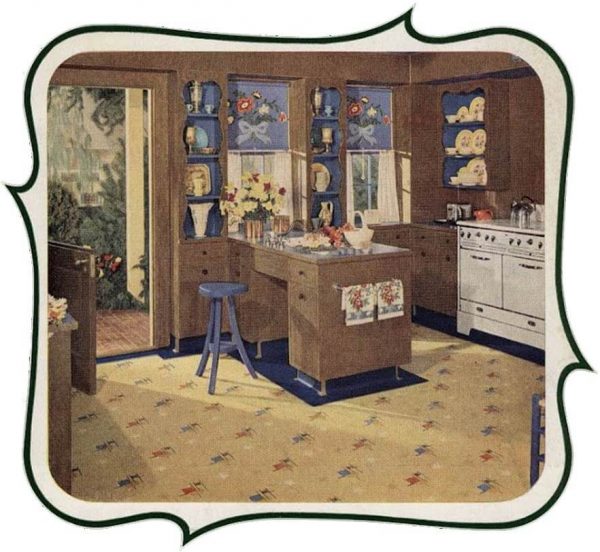 As for 5352 specifically: It’s hard to explain exactly why this particular design flourished in an exceptional way amidst so many others. But according to Zeamer, part of its success traces to its lack of any dominant detail — this characteristic subtly kept observers from noticing the repeating nature of the pattern. 5352 remained popular, too, and was deployed in new materials as linoleum was replaced by newer flooring types. Over the years, its original red was supplemented with other colors as well, including brown, avocado, and harvest gold.

According to a vintage plaque attached to an original sample of the material in Armstrong’s Pennsylvania office, the creator of the pattern was one Mr. McClurg (likely John E. McClurg, a 40-something designer working for the company around that time). Much of the success of the pattern and Armstrong in general, however, can be traced back to Hazel Dell Brown, according to Pam Kueber of Retro Renovation.

Kueber describes Brown as “the most influential residential interior designer of the 20th Century (that you probably never heard of).” Brown was the director of the company’s Bureau of Interior Decoration at the time of 5352’s creation. Her skill lay not only in design but also in marketing — she helped craft inspirational settings featuring Armstrong Flooring products, “all showcasing the company’s flooring within Mrs. Brown’s clever, colorful and often thrifty room designs.” 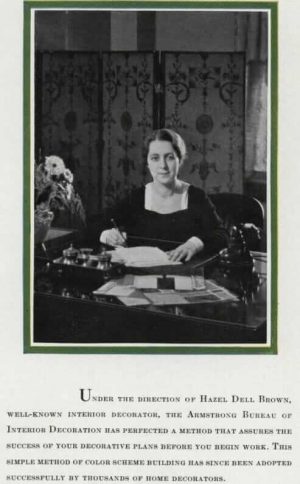 Brown showed an early aptitude for painting, then studied at the Pratt Institute before going to work for Armstrong. As her department grew ever more successful, she and her colleagues began to field tens of thousands of letters from customers and fans, many of whom were drawn to the creative ways Brown could make the most out of smaller spaces and existing furniture. Arguably her biggest contribution to interior design was the inspiration she brought to bear. In her words: “We have given homemakers the creative urge, stimulating them to use what they have; to improvise and to discover their own ingenuity.” Even those who didn’t buy products from her company or mimic her approaches precisely learned a lot from looking at her work. 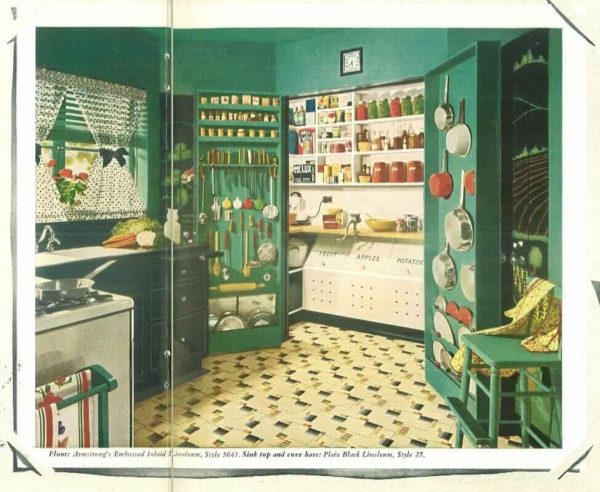 From a press release in the 1950s, signaling her retirement: “Mrs. Brown’s name is familiar to millions of American homemakers and for a generation, she has had a great influence on the decoration of the nation’s homes. Homemaking ideas which have appeared in Armstrong’s full-color advertisements in national magazines have been used by decorators and advertisers throughout the country.”

Brown’s popularity and influence no doubt helped contribute to the incredibly long run of success enjoyed by Pattern #5352, which was in continuous production from 1932 through 2000 (long after Brown left the company and set about creating her own dream home). Remarkably, the design is coming back again, too — after two decades on the shelf, Armstrong is rolling out four different color runs of 5352.