Ever noticed how the bricks on newer British buildings are bigger, or stopped to appreciate hand-stenciled wallpaper, or enjoyed a sip from a fancy hollow-stemmed glass? If so, you may well be admiring a product of regulation and taxes as much aesthetic tastes. From basic materials to entire architectural styles, building codes and taxation strategies have had huge historical impacts on the built world as we know it. Take the capital of France, for instance.

Pictures of Paris tend to show off key architectural features of the city, like the Eiffel Tower, the Arc de Triomphe, the Notre-Dame Cathedral or, in the case of more everyday buildings: mansard roofs. Punctured by dormer windows, these steeply sloped roofs are an iconic part of the local vernacular. And their ubiquity is not just driven by aesthetics, but also a history of height limitations in the City of Light.

In 1783, Paris implemented a 20-meter (roughly 65 feet) restriction on structures, with a crucial caveat: the limit was based on measuring up to the cornice line, leaving out the roof zone above.

Naturally, land owners seeking to optimize their habitable space responded by building up mansard roofs. Later window-based taxes offset some of the financial incentive behind this design strategy, but in 1902, an expansion of the law allowed up to four additional floors to be built using the roof-related loophole, helping to re-expand its utility. Similar restrictions in other places helped the mansard style spread beyond Paris as well.

Dutch canal houses are another classic example of how rules and regulations can shape structures. Taxed on their canal frontage rather than height or depth, these buildings grew in tall and thin. In turn, this typology evolved narrower staircases, necessitating exterior hoist systems to move furniture and goods into and out of upper floors.

Meanwhile, across Europe — including England, Wales, Scotland, Ireland and France — a history of “window taxes” also reshaped the built environment, albeit in less aesthetically pleasing ways. Mainly, these levies resulted in owners bricking up windows to avoid the tax.

Window taxes date back as far as 1696, introduced by English King William III as an alternative to income taxes for the wealthy. Houses in England were taxed by unit at a flat rate, then an additional rate if they had over 10 windows (then more again if they went over 20 or 30). And though they were repealed in most places well over a century ago, the legacy of bricked-up windows remains on many old structures. 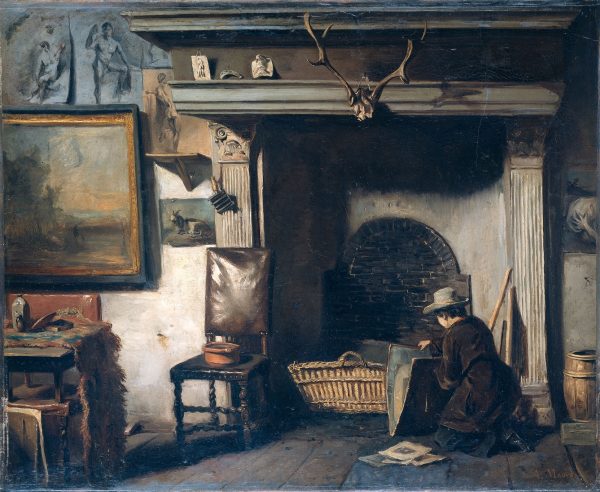 These kinds of external factors can shape the interiors of structures, too. As far back as the 9th century (and possibly earlier), “hearth taxes” were used by the Byzantine Empire as a proxy for family units, levied based on the number of fireplaces in a municipality. However, later versions of this tax were known to cause some unintended consequences. For instance, a baker in the 1600s broke through his back wall to use the neighbor’s chimney and avoid a hearth tax. A resulting fire destroyed 20 homes and killed four people.

But there are also interior design stories that seem to be more fiction than fact. Historians generally believe the idea of Colonial-era “closet taxes,” supposedly driving New Englanders toward armoires, is a myth.

Others are a mix of reality and lore. In some municipalities, for instance, mezzanine levels (smaller floors between main floors) have historically been exempt from floor-based taxes, leading to homes and industrial spaces with mezzanines. But the role of this exemption is likely overemphasized, since mezzanines serve spatial functions too.

By a similar token, some believe that steel reinforcement bars poking up above roofs in Greece (a phenomenon also spotted in Mexico and other places as well) are a tax-avoidance strategy, since they result in an unfinished home (the rebar implying more yet to be built). In reality, these are mainly a planning measure, allowing owners to align and overlap reinforcement between current and potential future floors. But there is a tax reduction of 60% for truly unfinished homes in Greece (when a structure is empty and has, at most, temporary power).

The list of true examples is long, with even small-seeming taxes shaping the fundamental building blocks of structures as well as materials used in everyday decor. Great Britain is rich with such tax-impacted design history.

In 1712, a tax was introduced on patterned, printed and painted wallpaper, for instance, leading people to buy plain paper and stencil designs on it (thus avoiding the tax).

A few decades later the imposition of a weight-based glass tax led to the production of smaller as well as more hollow-stemmed glassware (often referred to as “excise glasses”).

Introduced in 1784, a per-thousand-brick tax led to the creation of larger bricks (eventually held in check by new legislation about how big a single brick could be). To this day, historians can use brick size to help date the construction of different buildings around Britain.

Most of these historic taxes have since been revised or repealed, but their impact remains visible in historical artifacts and enduring architecture. And in some cases, they have led to decorative styles and structural approaches that have outlived their original mandate.

99% Invisible
From Heaven to Hell: Exploring the Odd…

Special thanks to Julia Galef’s twitter thread on how payment by number of words and lines shaped the writing styles of historical authors like Charles Dickens and Alexandre Dumas, which provided inspiration for this article.