It started 25 years ago with a ubiquitous ad campaign that turned two track and field athletes into overnight celebrities. Dan O’Brien and Dave Johnson seemed destined to compete for the gold, representing the U.S. in the 1992 Barcelona Olympic Games. Reebok’s $25MM  “Dan & Dave” campaign invited the nation to choose sides, playing the two decathlon contenders against one another in a series of commercials.

Reebok was determined to compete with Nike for attention in the athletic community and (at first) this seemed like a novel way to go about it. The ad campaign made its debut during the Super Bowl in a series of sequential shorts building up the rivalry. 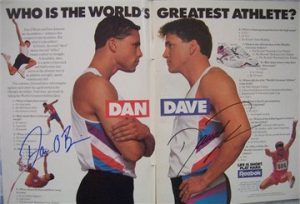 On Reebok’s behalf, Dan and Dave competed on screen, filming ads and going to talk shows, while also becoming friends behind the scenes.

All eyes were on them as they headed to the qualifying trials in New Orleans  — the top three contenders would head to Barcelona, and at first it looked like both were going to make it. But things took a turn when one of the athletes got tripped up and failed to qualify for the Olympics. 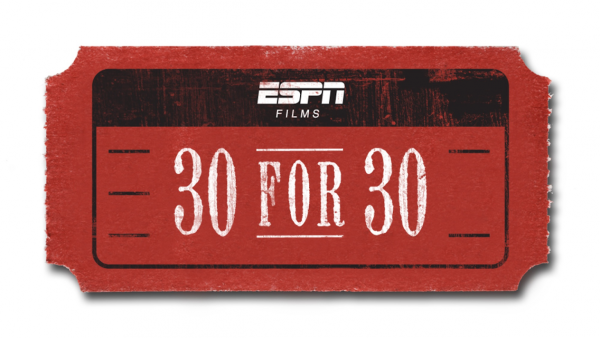 This featured story is the first episode of 30 for 30, an ongoing series of original audio documentaries from ESPN that track the impact of sports on society and culture. The first season of the podcast features five documentaries, the latest of which is a story about a huge casino caper — tune in to learn how a card design flaw helped the world’s most famous poker player and his mysterious accomplice win millions.