In the early 2000s, Costis Mitsotakis of Greece met a Spanish girl named Sandra del Pozo. They fell in love, and not long after, bought a small RV, left Greece and headed to Spain. Their destination — Sodeto, a town in the northeast corner of the country, where Sandra’s grandmother lived.

Animations by Benjamin Stark, made for Radiotopia Live version of El Gordo, 2017

Sodeto is one of about 300 little farming villages that the dictator Francisco Franco built in Spain in the 1950s, in an effort to bring people and agriculture to isolated places. All the towns built during this time look similar, and Sodeto is no exception — there’s a church in the center of town and one bar, which is also the one restaurant, which is also the one place to hang out. The houses are the color of sand, and each has a red-tiled roof. About 200 people live in the town.

Sodeto is not the kind of place that makes news. But all that changed in 2011 when almost everyone in this little village won a piece of the biggest lottery jackpot in Spain.  By chance, Costis Mitsotakis had found himself in the luckiest town in the world.

In the United States, as far we know, an entire town has never won the lottery. Sometimes large groups do win together, but more often than not, lotteries jackpots in the U.S. are divided by just a few people.

In Spain, they do the lottery differently. First of all, it’s a country-wide obsession — about 75% of Spaniards buy a ticket. There’s more than one lottery in Spain, but the one that Spaniards are the most passionate about is “La Lotería de Navidad” (“The Christmas Lottery”). This lottery has taken place every year since 1812.

For better or worse, lotteries have long been considered by governments as useful ways to raise funds for public programs. But lotteries were, and still are, thought to be regressive taxes on the poor. Karl Marx called them a sinister instrument of the state, designed to dupe the poor into believing there was an easy way out of poverty. The church found lottery play to be blasphemous and superstitious.  In 1826 the British outright banned the lottery for nearly a hundred years. 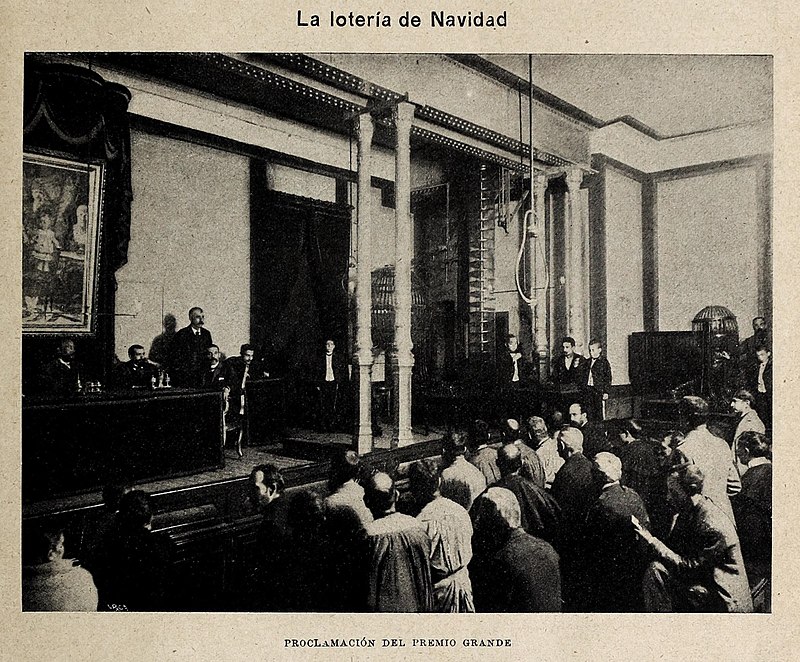 And in 1862, Spain responded to the criticisms as well: by re-designing their national lottery so that it wouldn’t take as much money from the poor. The government thought if the they set the price of tickets high, only rich people would buy them. But that’s not what happened. People began “syndicate” playing, or playing in groups. The lottery became more popular than ever.

In the Christmas Lottery, any number from 00000 to 99,999 can win. It’s very expensive to own an entire number, so organizations will buy a share of a number and then sell off even smaller shares to individuals — five euro shares, two euro shares, etc. Thousands of people may own small fractions of the same number. The smaller the share you have, the less you get of the total jackpot if your number should win. 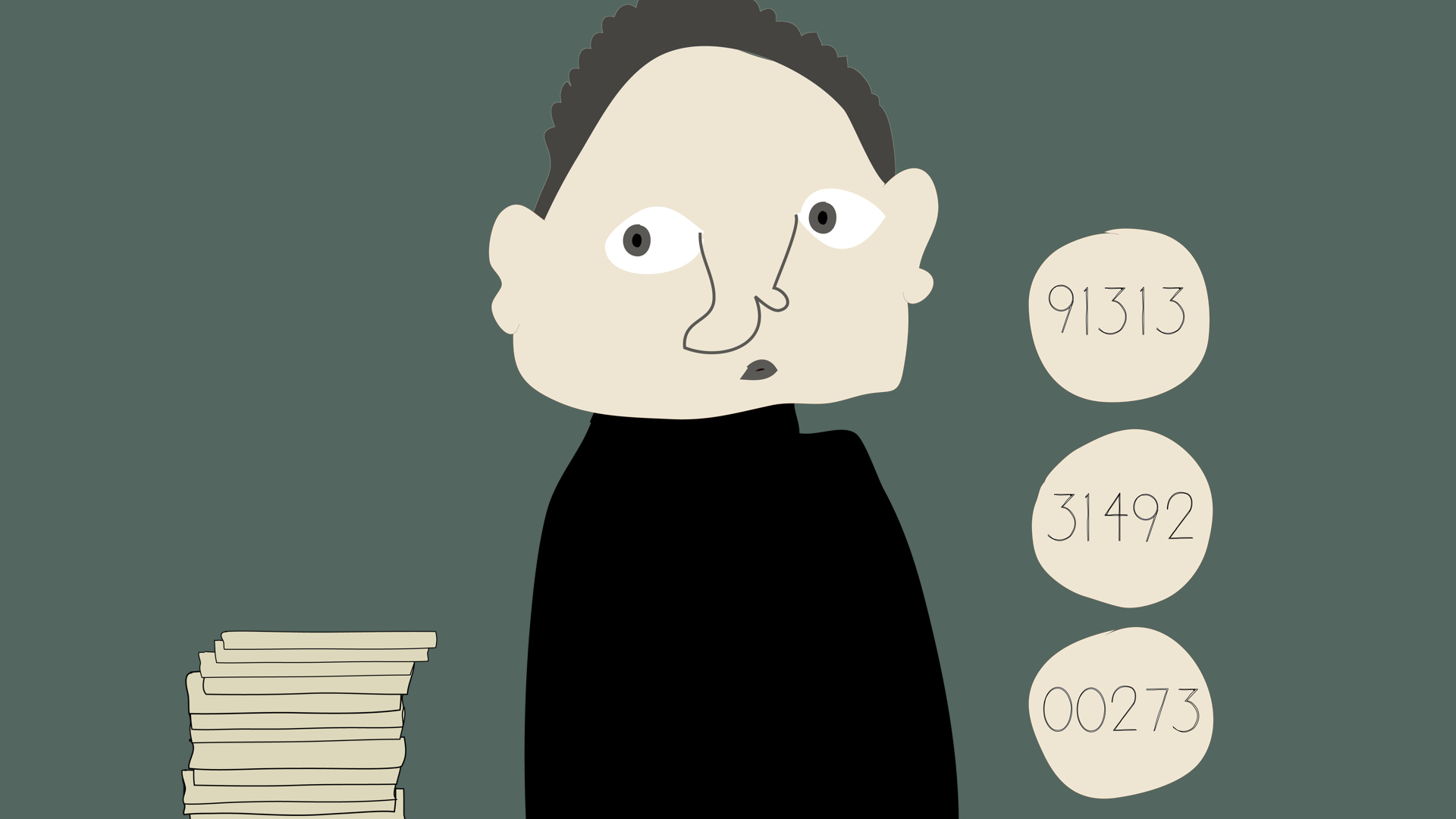 Making it expensive to own a number outright has turned the lottery into a huge social event. Local organizations sell tickets at a markup for fundraisers. Most Spaniards end up with a stack of tickets — all different tiny shares of different numbers that they’ve been talked into buying.

Everyone waits for the biggest prize of the day – “El Gordo” ( the fat one). The “El Gordo” prize is often worth close to a billion dollars. As soon as the El Gordo-winning number is announced, reporters scramble to find out in what part of Spain it was sold.

And on December 22, 2011, it was the people of Sodeto, Spain who held the winning number.

The winning tickets had been sold all over Sodeto by The Housewives Association — a group of women who host parties and activities in town. The association sold tickets, door to door, for six euros. Five euros for the lottery ticket, one euro for their fundraising.

Maria-Carmen Lambea from the Association had chosen the winning number. When she heard that they had won El Gordo, she started calling friends. No one could believe it. Soon everyone was gathered on the plaza. Each six euro ticket the housewives had sold was worth 100,000 euros.

Ana, the bartender had won, Paco, the farmer, and his wife Marisol won. Rosa, the mayor of the town had won. It seemed that every single resident of the small town of Sodeto had won a piece of El Gordo. The people of Sodeto were not the only ones to win on the number 58,268 in 2011. A few thousand other people also had small shares of the number — mostly scattered around in towns nearby. The total jackpot that year for EL Gordo was about 750 million euros, but it was divided by thousands of people. In Sodeto – the people who bought more tickets got more money, and everyone got at least 100,000 euros.

Everyone, except one. Costis Miksotaksis. Somehow the housewives had missed him when they went knocking on doors.

Six years later, Costis still lives in Sodeto. He and Sandra have parted ways, but remain friends. When we asked if he felt any regret or jealousy, he laughs. “No, nothing,” he says — because Costis feels he got something that day too. He’s a filmmaker and he’s been documenting how the town has responded to this sudden wealth. He believes the town has become a little more insular since the win — more focused on the nuclear family and less on the community as a whole.

But Maria-Carmen doesn’t believe the town has changed that much. Sodeto is a town of farmers, and some of them installed new irrigation systems, or bought new tractors. Some people added modest additions to their homes, but nothing extravagant. It’s been a wonderful thing for everyone in this little working-class town, says Maria-Carmen, to live without the worry of debt.

And that’s the thing about this syndicate style lottery: unlike the Powerball Jackpot in the United States, which heaps hundreds of millions on one or two winners, the money from the Christmas Lottery gets divvied up among thousands of people.

The people who win El Gordo don’t generally win enough to buy mansions and yachts. They win enough to pay off their debts and buy a Honda civic. The lottery brings wealth to a whole geographic area, and distributes it relatively evenly, at least among those lucky enough to have a ticket.

Economists have long struggled to figure out why people play the lottery. It’s not a rational investment. The odds of winning the big jackpots are terrible — worse than any other form of gambling. But in Spain, it’s pretty obvious why people play this lottery. It’s the social thing to do. You buy because you don’t want to be that one guy who doesn’t win. You don’t want to be Costis. The lottery organizers actually exploit this fear in their advertising each year.

The Housewives Association, now officially called the “Women’s Association,” continues to choose a number each year for the Christmas Lottery.

The women used to knock on doors for months to sell the tickets, but now the people come to them, and tickets sell out in a few days. “They were lucky once and they could be again,” people say, and no one wants to be left out.

Previous Episode: The Trials of Dan and Dave
Next Episode: Ways of Hearing