Years ago, 99% Invisible Host Roman Mars was talking to John Marr (the man behind the mantra “always read the plaque“), and Marr told Mars: you should do a story about this place in San Francisco, then sent him to a gas station to look around and see what stood out about it.

The station features familiar Chevron logos and colors, but look closely and the sign and awning say Standard rather than Chevron. Standard Oil was one of the big oil companies broken up the Sherman Antitrust Act over a century ago. Even the station staff can’t explain why it says Standard, but a trademark lawyer like Amanda Levendowski can.

Per Levendowski, a trademark can be “any word, symbol, name or device” being used with “bona fide intent to use the mark in commerce.” That intent is the key — it means: you have to use it to keep it. Even when the company was broken up, the Standard name maintained brand value. Thus, Chevron has to prominently use that name in conjunction with their oil and gas services to maintain the mark, which it does in over a dozen stations around the United States.

This week’s “You Should Do a Story” episode takes ideas from 99pi fans and sees where that path leads us. And in the spirit of that exercise: “desire paths” may be the most requested idea of all time.

Desire paths form when enough pedestrians or cyclists collectively cut corners or otherwise circumvent prescribed routes. In some cases, the results are frustrating to urban planners and trail designers. In other instances, though, analyzing these paths can lead to better, more organic designs.

Found all over the place in built environments but rarely considered in depth, desire paths are a natural fit for 99pi, which led them to become the subject of our first web-only article (check it out to learn more).

A lot of ideas come in by email or via social media, but the show gets in-person pitches as well. After the Radiotopia Live show in Los Angeles earlier this year, 99pi fan Kevin Seiler let producer Katie Mingle in on a quirky story about clocks and frequency in the United States. Another fan, Jay Kennan, also emailed the show with the same idea.

In the late 1800s, the Los Angeles area was getting some of its first power plants, mainly to provide refrigeration for the citrus industry. There were no national standards at the time for the frequency of the current being used, but 50 and 60 hertz were common.

Both of these options are fine for ordinary household usage — you might notice a bulb flickering at 30 Hz, but not much difference between 50 and 60. In those early days in Southern California, they picked 50 Hz, while the rest of the country was mostly using 60 Hz.

But for clocks, which used the pulse cycle to keep the time, the differential was a problem — an electric clock made in New York but used in California would lose about 10 minutes per hour. As the state started to get power from places like the Hoover Dam that required conversion, the situation grew more expensive and difficult to manage.

So in 1936 the City of Los Angeles decided to switch. Then, in 1945, the Southern California Edison company decided to switch everyone else (around a million customers) over to 60-cycle current.

Conversion crews were sent out to rebuild machines and appliances for commercial and industrial clients as well as residential homeowners. As for the clocks: customers could take these to a “clock depot” where technicians would rebuild electric timepieces to work at 60 Hz. 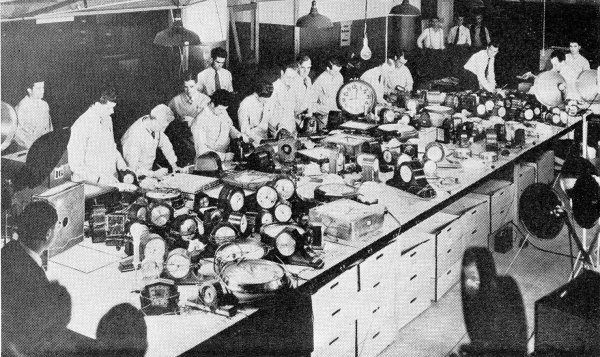 By 1948 all of Southern California had switched — including 475,000 clocks, 380,000 lighting fixtures and 58,000 refrigerators. And as big of a pain as that was at the time, the explosive growth of LA would have made it even more difficult had they waited longer. 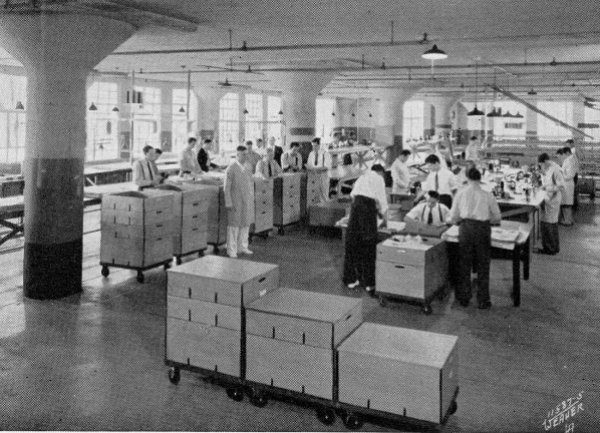 Meanwhile, many places in the world (including most of Europe) are on a 50-cycle system. In rare cases, like Japan, both systems are used in different parts of the country. Katie Mingle reached out to (and would also like to thank) electrical engineer Derrell Heinrich and horologist Ken Reindel for their help with background information for this piece.

99pi’s Digital Director Kurt Kohlstedt has been fascinated by European tilt-and-turn windows ever since he was a kid living in Bayreuth, Germany. After tentatively sharing his obsession through a 99pi web piece, fans began sending in other compelling regional design ideas, which led to a series of articles (see links in paragraphs below). 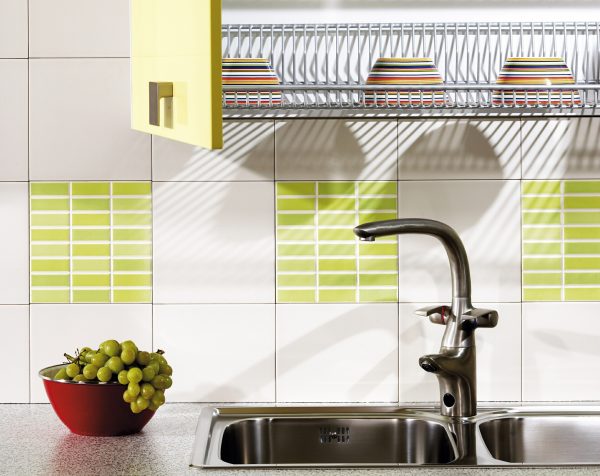 Anton Häggman, for instance, wrote in and suggested we cover Finnish “dish drying closets” (or: Astiankuivauskaappi). The design is simple but ingenious: these specialized cupboards sit over sinks while slots in their shelves allow dishes to drain. The solution saves time and energy spent drying dishes manually and reduces the sink-side clutter of dish racks. It also lets dishes skip a step, going straight from sink to cupboard. 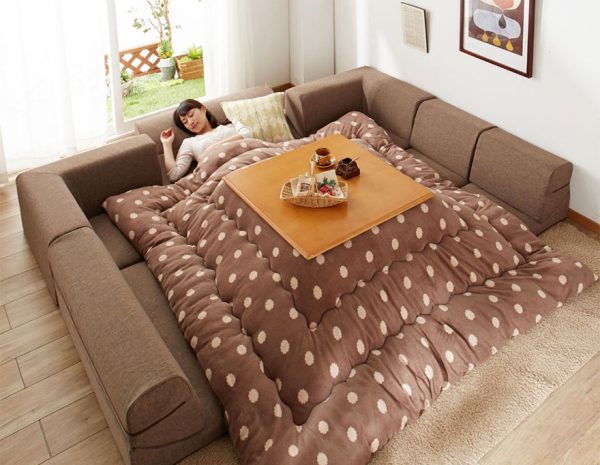 Twitter user @pdthorn responded to the call out, suggesting the Japanese Kotatsu Table — a special furnishing that doubles as a heating fixture. These tables have historically been really useful in Japan, where home insulation is often sparse and whole-house heating is difficult and expensive. Traditional Japanese clothing also lends itself especially well to this form of space heating, with warm air flowing up through the folds of spacious kimonos and out through neck and arm holes. 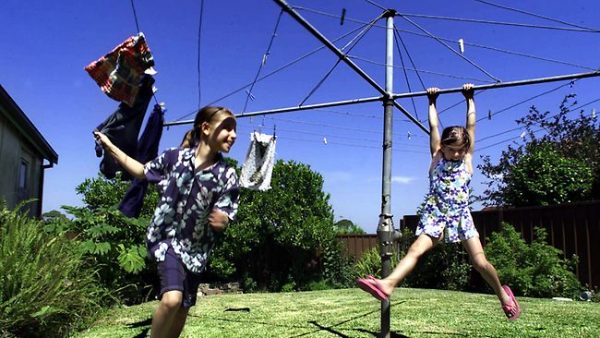 In the same thread, Alisa Stephens pointed out Australia’s Hill’s Rotary Hoist (or “Hill’s Hoist” for short),  an iconic rotating clothesline loaded with cultural significance and alternative functions. For example: parents rig up swings for their children on these things and use them as frameworks for blanket forts. Homeowners also decorate Hill’s Hoists for birthday parties, weddings and holidays. There’s even a drinking game called “Goon of Fortune” that involves hanging bags of wine on the lines and giving them a spin. Children, teens, adults — people of all ages seem to find new uses for this old design object.

When 99pi fan Caitlind Brown came back from a trip to the City of Calgary sign shop in Canada she had a fascinating little story to share: “There’s an entire town in the Province of Saskatchewan that couldn’t afford signs of their own. So when it came time for Calgary’s old signage to be removed, the little town just renamed all their streets to the names of Calgary streets, and bought the used Calgary signage.” 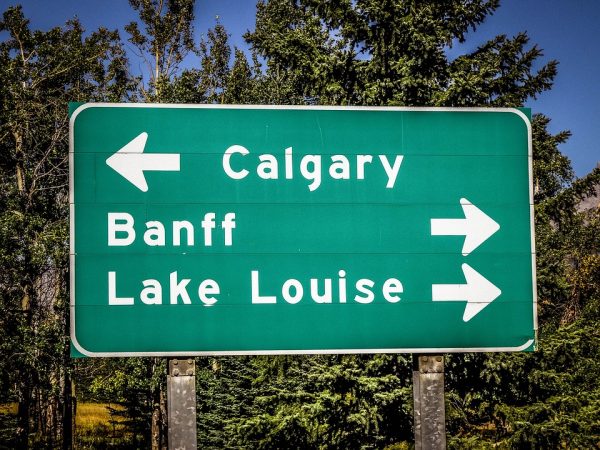 The solution is pretty simple but clever, sustainable and economical. When Kurt followed up on the story, though, he hit a dead end and was unable to track down the town in question. So now, beautiful nerds of Canada, it’s your turn: do you know where the old Calgary signs went? It could be apocryphal or simply a joke, but if you have an answer: leave us a note in the comments below. Meanwhile, feel free to send us your ideas for future episodes and articles via our contact page.

Previous Episode: In the Same Ballpark
Next Episode: Mexico 68