When a sacred Xingu cave was systematically desecrated by unidentified vandals, historical etchings on the stone walls were physically lost, but not forgotten — thankfully, they had at least been well-documented, opening up options for their re-creation.

The Factum Foundation, which applies digital technology to conservation efforts, managed to combine 3D scans of the cave with historical photos to print a replica at 1:1 scale.  While it can’t fully take the place of the original, this approach can preserve the form and details of what was lost and raise awareness about tensions in Brazil.

The team used a combination of LiDAR and photogrammetry data (coupled with images of the site) to create their digital model, which was then printed out to become a physical object. Applications of this approach are not just limited to bringing back what is lost, however — the same techniques can be used toward other remarkable ends. 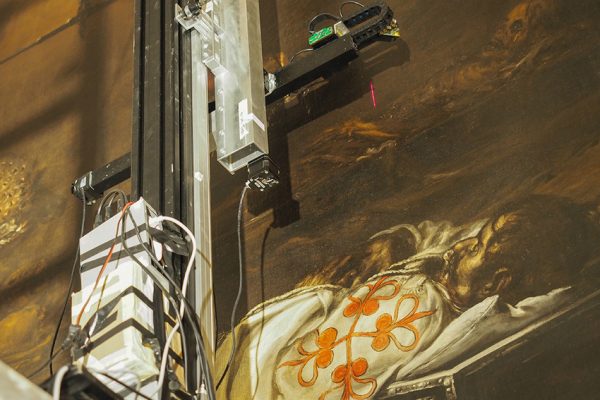 Consider, for instance, how the ability to accurately scan and replicate a place has implications for tourism and museum curation. Fragile cultural monuments at risk of rapid decay due to human contact can be duplicated, effectively, allowing people to experience them without doing incidental harm along the way. More than one copy can be made of a given subject, too, then shipped around the world to create a single museum exhibit or a traveling one, increasing accessibility. More broadly, digitizing important cultural artifacts and spaces creates an archive should a tragic fate befall something culturally significant.

Other organizes like ScanLAB (example above) have taken to scanning and creating detailed digital versions of physical spaces to make entire buildings accessible inside and out to digital “visitors” in 3D forms. Places like the tunnels below Rome, not fully accessible to tourists, can be mapped and explored in new ways thanks to this kind of work. 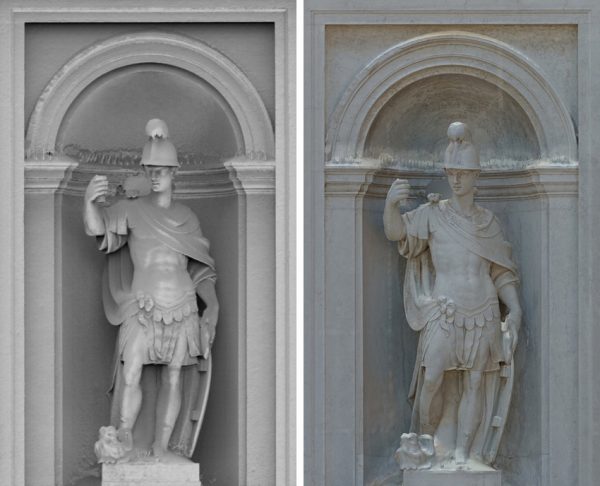 With new technologies come new possibilities, not just for new creations but for preservation of what already exists. The ability to document sculptures down to every last curve and paintings in all of their colors opens up a world of possibilities for saving and displaying such works. Already, groups like Factum are putting many of the results online, too, making them accessible to anyone, anywhere in the world.

As with anything that involves copying, some critics have raised concerns about intellectual property and the potential devaluation of originals. But if you consider precedents in other areas, well, rare first-edition prints are still valuable and forged paintings not so much.

In the end, as digital storage space grows ever cheaper and these technologies improve, fewer and fewer artifacts and spaces will be out of reach to professional researchers as well as members of the public.