When Thomas Edison built his first electric power stations, there were no electric meters in people’s homes. Lacking a better method, he started billing people a monthly fee based on how many light bulbs they had. It wasn’t a very precise system.

Electric meters (much like the ones we still have today) were soon developed to replace the bulb-counting system. As electricity comes into houses, a little dial turns forward to show how much is used. And while the original designers never considered this possibility, it turns out that the little dial turns backward when electricity leaves a home.

For most people, electricity only flows one way (into the home), but there are exceptions — people who use solar panels, for instance. In those cases, excess electricity created by the solar cells travels back out into the grid to be distributed elsewhere. And in some states, people can can be paid for this excess electricity. The practice is called “net metering” (referring to the total or “net” amount of energy used) and while it started off as a relatively non-controversial practice, there are now big political battles being fought over it.

In this featured episode of Outside/In, Sam Evans-Brown of New Hampshire Public Radio and his colleagues Maureen McMurray and Taylor Quimby explore the origins and evolution of this practice, which all began quite accidentally with a single individual: Steven Strong.

The Accidental History of Solar Power

In the mid-1970s, Steven Strong was hired to put a bunch of solar thermal panels (used only to heat water) on an apartment building in New England. While he was at it, he also added a few solar photovoltaic panels to the roof — these are the kind that create electricity and at the time, they were a brand new technology.

They were so new in fact, that when Strong installed them, he had to figure out how to wire them up — what to do with the excess energy that the panels created when the sun was out, but the building wasn’t using any energy.  Strong decided he could send the excess electricity back out into the grid, and wire it so that the building’s electric meter would run backward as the electricity left the building.

At the end of the month, the building owners would pay based on what the meter-reader found on the dial, so if the building had used 60 kilowatt hours of electricity, but created 40, the meter would read 20, and they would only pay for 20.

Strong didn’t ask permission to wire up his solar panels this way, he just did it,  and this is how the practice of net metering was born.

In effect Strong also decided what rate people would be credited for the excess power they produced with solar panels. By making the meters roll backward as electricity left the building Strong decided that the electrons his solar panels were producing were of equal value to the ones coming in.

In the decades following Strong’s first experiment with net metering, legislation was written in several states that put his idea into law: the energy leaving a home from solar was worth the same amount as the energy coming in. In other words, the electricity produced by solar panels was worth a retail rate, which was a higher rate than utilities companies paid when they bought electricity from large power plants.

And at the time, utility companies did not put up a fight about paying their solar customers this higher retail rate. Solar panels were expensive to install, and they never imagined they’d become accessible to enough people to constitute a threat.

But then, in the early 2000s, installing solar panels began to get much cheaper. Today, the price of solar panels has dropped so much that they are no longer out of reach for the average home owner. As more and more people put solar panels on their homes and are paid a retail rate by the utility company for the energy they produce, the utilities have become increasingly uncomfortable with the even exchange they’ve been giving people who generate solar power. They believe these solar producers should be paid a lower (wholesale) rate for the energy they produce. 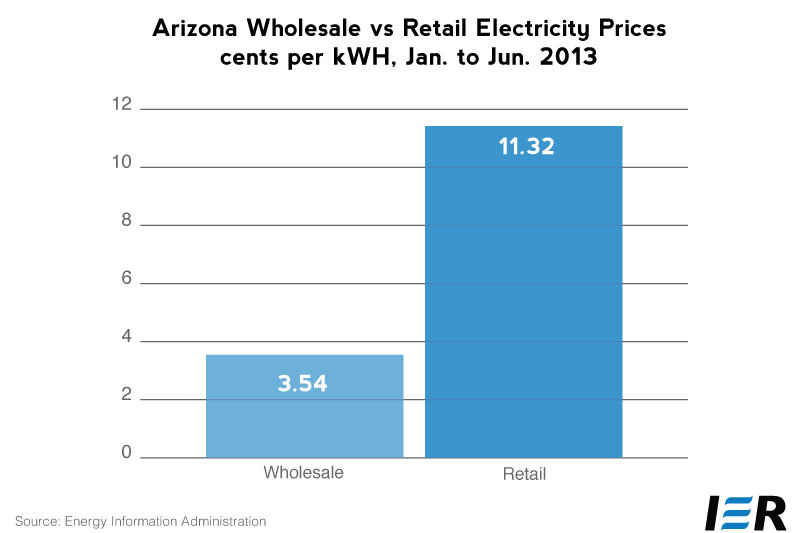 Huge political battles are now being fought all over the U.S. about what rate people with solar panels should be paid for the electricity they produce, and engineers and economists are starting to look at completely different solutions – like redesigning the electric meter to better reflect the true economic value of electrons at a given moment.