An unusual mortuary company called AquaGreen Dispositions offers “flameless cremation,” a process that disposes of human remains by dissolving most of a corpse. Liquified bodies are then dumped into the sewer system. If this sounds unceremonious, consider more common alternatives: buried remains take decades to decompose and fire cremations generate hundreds of pounds of carbon dioxide per body.

For those who can get past a potentially negative gut reaction, there are some sustainable, sensitive and humane upsides to this approach. When the rest of the corpse has been dissolved, for instance, the company takes the softened bones and presses them into a dust-like powder; loved ones can save these remains in an urn or scatter them like ashes. Any metal medical implants, meanwhile, are cleaned, dried and donated for reuse to nations in need around the world. 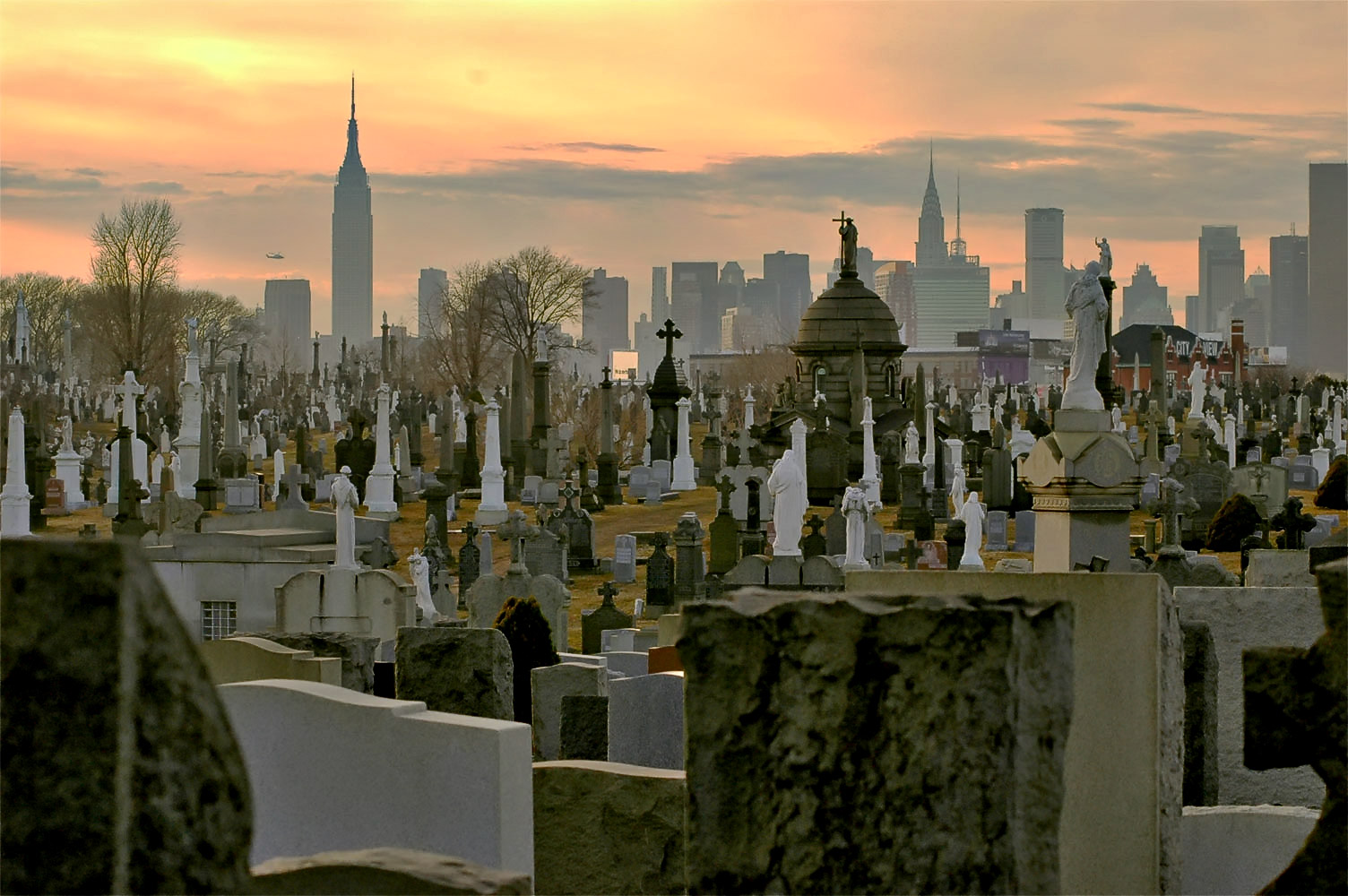 Few things in life are as certain as death and urbanization. In a world of increasingly dense cities, it is worth asking: how do we best design for death in urban environments? In order to begin answering that question, we have to delve into our historical relationship as a culture with death … as well as our increasing disconnection from its realities.

Humans throughout history have dealt with both ritual and practical matters surrounding death and its aftermath. The idea of a funeral “parlor” actually comes from rooms in houses that would be used to display the dead prior to burial. Funeral businesses began to adopt the term as they moved viewing out of homes, beginning a trend toward further separating death from everyday life.

Cemeteries have also historically been separated from places for the living. In some cases, this goes well beyond simply being assigned to an isolated plot of land within a city. Colma, California (AKA City of Souls) is host to under 2,000 live persons but over a million deceased. More necropolis than metropolis, the city was formed in response to nearby San Francisco’s ban on burials in 1900. In 1912, San Francisco went so far as to evict all cemeteries from the city limits, resulting in the remains of 150,000 people being exhumed and moved to Colma. 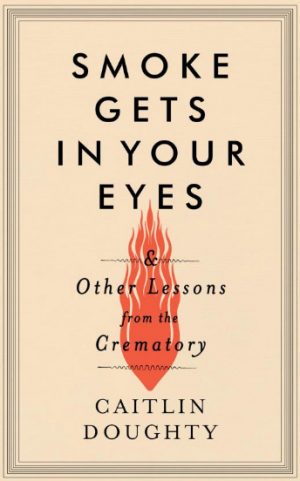 Caitlin Doughty, a licensed mortician and author of Smoke Gets In Your Eyes: And Other Lessons from the Crematory, notes how strangely detached we have become from the realities of death, including the processes for dealing with corpses. We have come to expect them to disappear after a death then reappear (primed for observation) in sanitized viewing rooms.

Doughty suggests our refusal to confront death head-on leads us to fill bodies with toxins, encase them in steel within concrete, and to speak about them in euphemistic terms. “The departed” are displayed in coffins, which in turn are placed in “slumber rooms.” In many ways, American funeral practices have become a set of institutionalized cognitive dissonance machines. They help us keep a safe distance from death and thoughts of how bodies are treated.

In some places, the demands of density are inevitably tied to an increased awareness of and connection to death in urban spaces. A lack of space underground to inter bodies can lead to more visible burials. In some cases the results are morbid, in others inspiring, but they all reflect a deeper truth: we must confront death, sooner or later.

On the hillsides of Hong Kong, cramped gravestones rise up and wrap the landscape like amphitheaters. In New Orleans, a high water table makes stacking graves above ground a pragmatic necessity. In Manila’s largest cemetery, some 6,000 poor souls live among the dead in makeshift shelters or mausoleums. In China, Indonesia and the Philippines cliff-hanging coffins are suspended in plain sight. 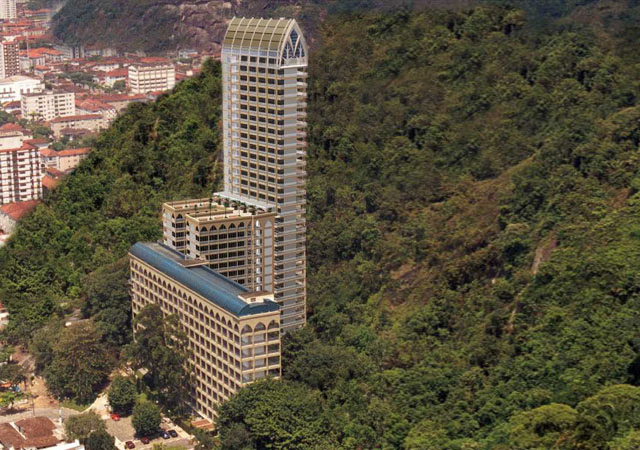 Vertical approaches make good sense: in many cities, there simply is not enough room to put everyone into plots in the ground. The world’s tallest example is a towering cemetery in Brazil, a 32-story high-rise building complete with a chapel, waterfalls, an aviary and restaurant.

Impressive as that building is, more modest stacking approaches exist as well. A high-tech vault in Tokyo lets mourners swipe a smart card to enter. This action lights up a small Buddha statue along the wall so visitors can locate the cremated remains of their loved ones.

There are of course much simpler and less-visible solutions as well. The green burial movement has led many to simply choose burial in a biodegradable box (generally without preservative chemicals). This natural burial approach can take various forms and reflects an increased openness to consider non-conventional alternatives.

While natural burial presents a simple and sustainable option, a combination of density, technological innovation and ecological considerations has opened the door to many other creative possibilities. Increasingly, landscape, architecture and planning experts are looking beyond conventional solutions, forming interdisciplinary teams to study design for death from all angles. 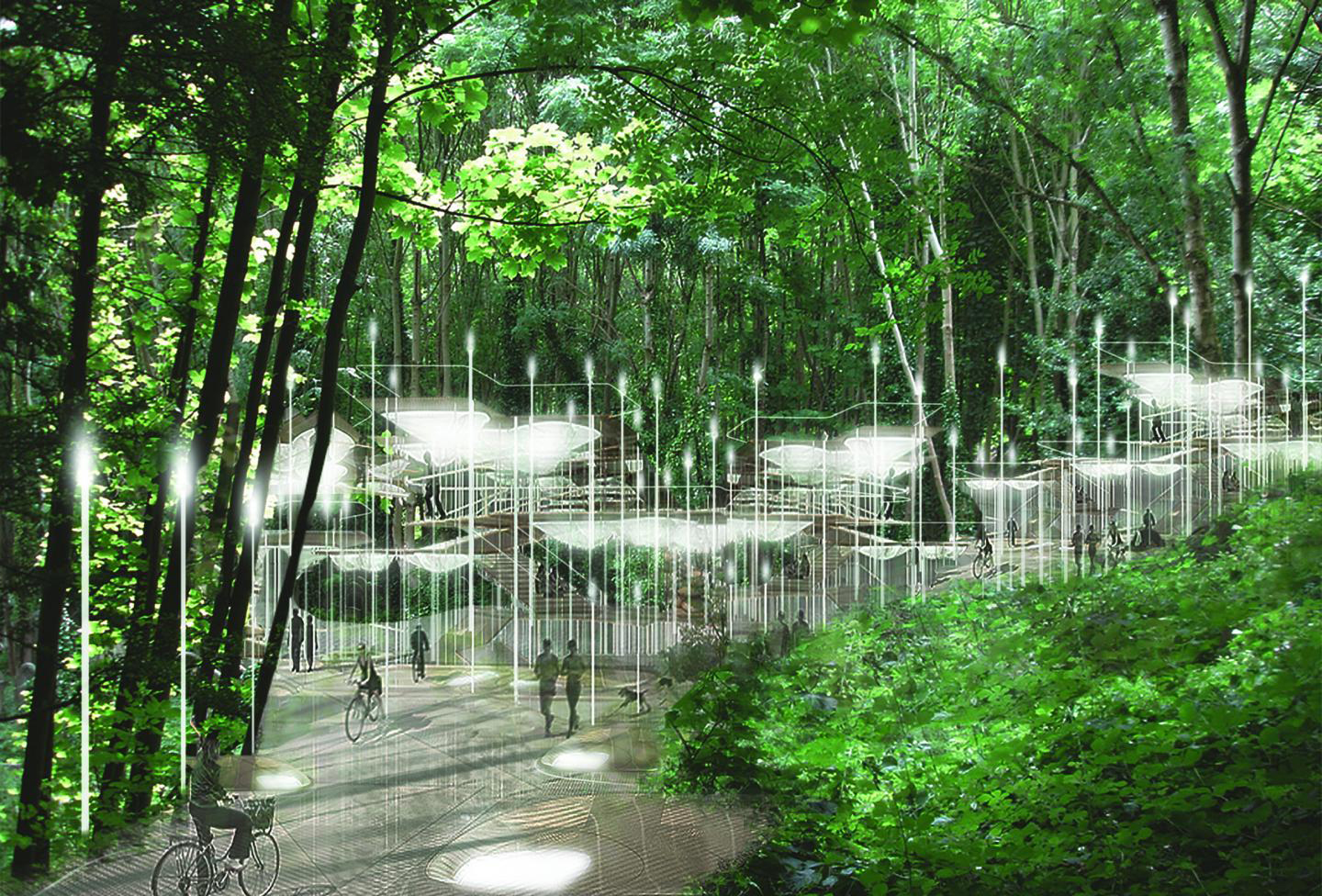 A program at Columbia University call the Death Lab has formed to provide “a trans-disciplinary research and design space focused on reconceiving how we live with death in the metropolis.” Their work has generated a number of compelling designs solutions, including the Sylvan Constellation (shown above). 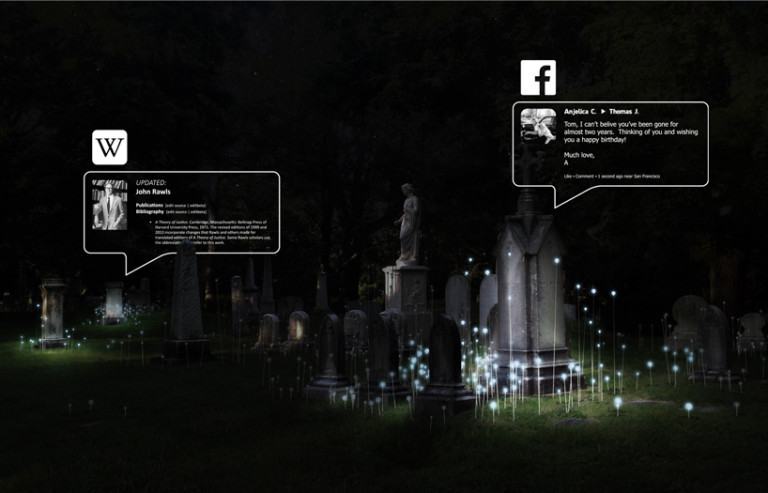 This Sylvan proposal imagines a memorial space where the departed are suspended in vessels on steel pylons. Energy from decomposing biomass powers an connected series of lights. Each post also contains a deceased individual’s digital data alongside their physical remains. 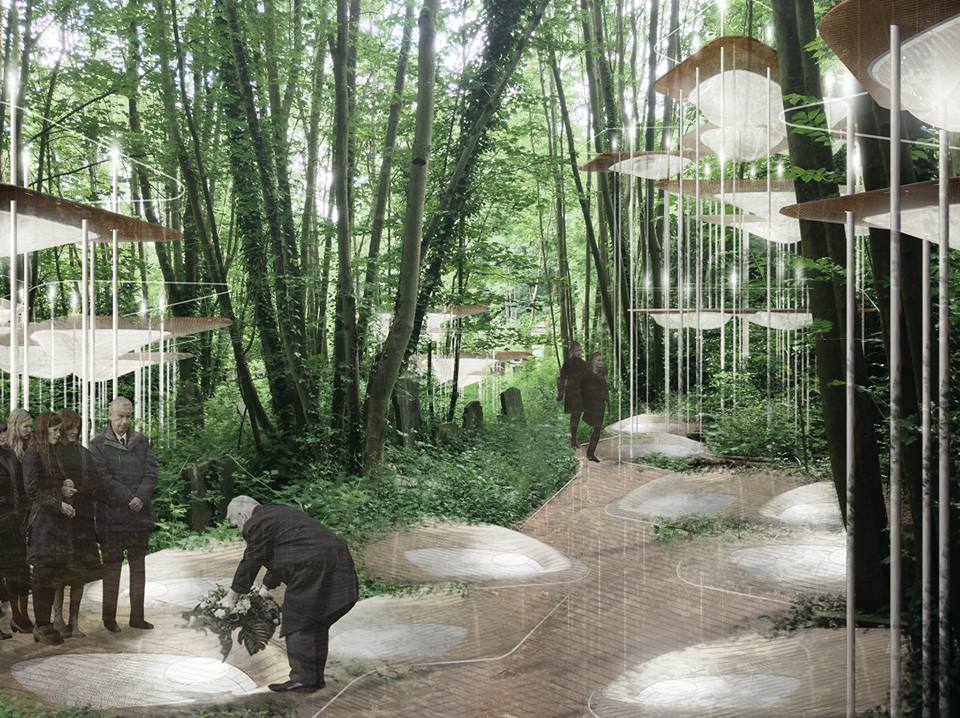 This concept won the Future Cemetery Design Competition organized by the Centre for Death and Society at the University of Bath. The Columbia Death Lab has since started work on a real-world prototype. The design is notable for a number of reasons, but particularly compelling in terms of the way it addresses urban space limitations, environmental considerations and digital afterlives all at the same time. Legislation still holds back many potential innovations, but good designs can start challenging lawmakers to adapt regulations.

Whatever ideas we dream up to deal with death now or in the future, the game is changing. Designing for death is no longer an exclusive practice led by an industry of cemeteries and crematoriums. It has become an interdisciplinary pursuit and ongoing conversation, open to anyone willing to accept and engage with their own mortality.

Given the bonds between the United States and... [Read More]