Some retail chains adopt a strategy of adaptive reuse, taking over whichever buildings are available. Many others, though, are known for distinctive architectural styles that are easy to spot even after the original occupants have left and new ones have taken over. 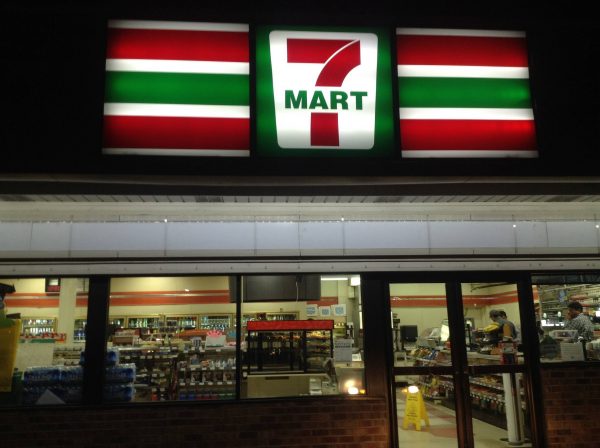 The Law Offices of (Taco Bell) Peter Francis Geraci, Hollywood (Video) Flooring, (Bank of) McDonald’s, Book(Block)buster and other stores below all have glaringly obvious predecessors. 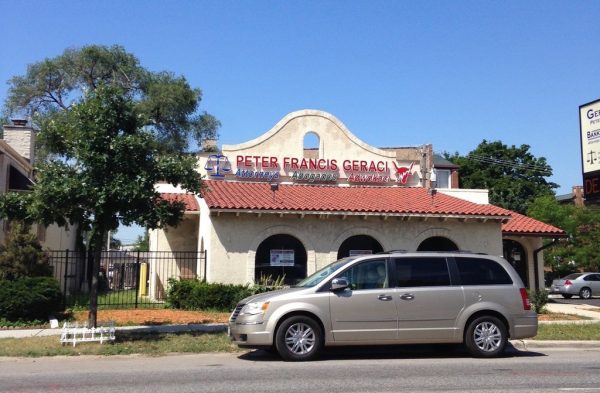 It is easy to spot the distinctive arched openings and tile roofs of a Taco Bell, borrowing from Spanish Colonial and other southwestern styles. Putting up a neon law office sign does little to hide its origins.

Kentucky Fried Chicken (KFC) restaurants have evolved over the years, but their distinctive white-and-red-striped patterning is hard to miss. Many also feature the same 45-degree-angled roof nub.

In the case of bankrupt companies like Hollywood Video, a now-defunct chain of movie rental stores, even the signage can play a part (presumably because no one is left to care about the branding).

The Hollywood Hills silhouette is in many cases not the only thing to survive – the ‘Hollywood’ itself often becomes part of the new name.

In other cases, the path of least resistance involves reusing signage. Majestic easily becomes Jamestic and Quizno’s turns into Suzi Q. Side-of-building Ms can also be flipped into Ws when, for instance, a Wilson Pizza Palace takes over a McDonald’s location. 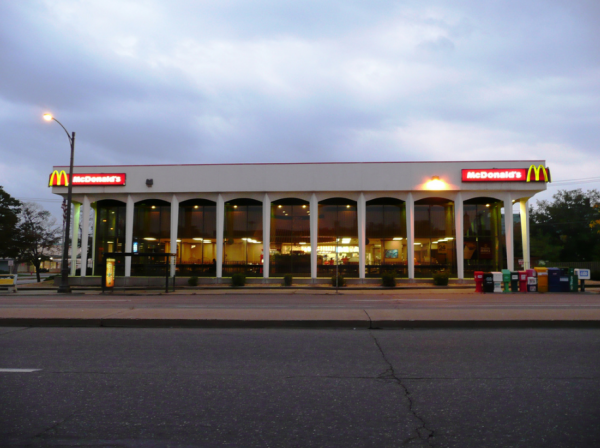 Structures re-purposed in the opposite direction (unique buildings now used to house chains) can be just as strange, like a McDonald’s restaurant located inside a mid-century bank building.

A classic Pizza Hut is particularly easy to spot, composed almost entirely of trapezoids and featuring a distinctive roof hump.

You can find many more such conversions and adaptations as well as knockoffs) over at Not Fooling Anybody, a subreddit community dedicating to sharing these thinly-disguised retail reuse examples. NotFoolingAnybody.com, a website that preceded the formation of the (unaffiliated) forum above, also has a great introductory field guide for identifying popular chains around the United States.

Pumped for the Future: Fueling Up at Frank Lloyd Wright’s Visionary...

Frank Lloyd Wright is best known by most... [Read More]